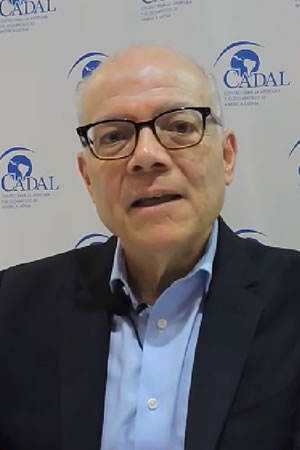 Eduardo Ulibarri
Academic Advisor
University professor and writer for La Nación de Costa Rica, newspaper he directed between 1982 and 2003. Former Ambassador of Costa Rica at the United Nations from 2010 to 2014. He wrote various books about journalism and is a professor of the School of Colective Communications Science of the Universidad de Costa Rica. Former president of the Instituto de Prensa y Libertad de Expresión (IPLEX) between 2005 and 2010; former president of the Comisión de Libertad de Prensa de la Sociedad Interamericana de Prensa (1991-1994), former member of La Directiva (1989-2002) and of the consulting council of the International Center for Journalists, in Washington DC. He is currently a member of the board of directors of Aldesa Corporación de Inversiones and of the Comité de programas de la Fundación CRUSA. He has been awarded the Medal for Distinguished Services in Journalism by the University of Missouri, in 1989; the María Moors Cabot award by the University of Columbia, in 1996; and the National Prize in Journalism in Costa Rica, in 1999. He studied at the University of Costa Rica (Communications Degree, 1974), University of Missouri (MSc in Journalism, 1976) and Harvard University (Niemann Fellow, 1988).
Eduardo Ulibarri's publications
Artículos | Diálogo Latino Cubano | ebooks