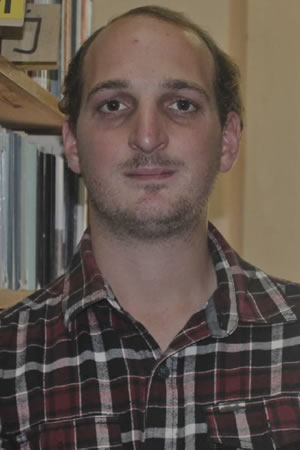 Ignacio E. Hutin
Advisory Councelor
Bachelor of Journalism (USAL, 2014), specialized in Leadership in Humanitarian Emergencies (UNDEF, 2019) and currently teaching in International Relations. Scholarship from the Finnish State for studies related to the Arctic at the University of Lapland (2012). He worked in war zones covering for Argentine and international media. Focused on Eastern Europe, post-Soviet Eurasia and the Balkans. Author of the book "Deconstruction. Chronicles and reflections from post-communist Eastern Europe" (CADAL, 2018).
Ignacio E. Hutin's publications
Artículos | Books | Libros


4/4/2018 | Books
Deconstrucción. Crónicas y reflexiones desde la Europa Oriental poscomunista (Of construction. Chronicles and reflections from post-communist Eastern Europe)
This series of articles includes lines of relative timelessness, stories that could be read anytime, anywhere without major inconvenience. But there are also extremely current notes that help to understand where we stand and how we got here, how in Germany the extreme right has returned to Parliament for the first time since 1945 while in Bulgaria the old Communist Party is in charge of the presidency, or why in Ukraine inter-ethnic conflicts have resurfaced and Donald Trump is so acclaimed in Poland.