On October 13, 1976, in the CSSR Laws Collection (Czechoslovak Socialist Republic) (No. 120), the "International Treaties on Civic and Political Rights" and the "Treaties on Economic, Social and Cultural Rights" were published. in the name of our Republic in 1968, ratified in Helsinki in 1975, which entered into force on March 23, 1976. From that moment our citizens also have rights, and our States obligations to fulfill.

The freedoms and rights of man, which these treaties guarantee, are important values ​​of civilization towards which progressive forces have been directed - in history - and their legalization can help a lot for a humanitarian evolution of our society.

We therefore welcome that the Czechoslovak Socialist Republic has acceded to those treaties. The publication of these helps to remember how many fundamental human rights are in force in our country, although we regret that it is only on paper. 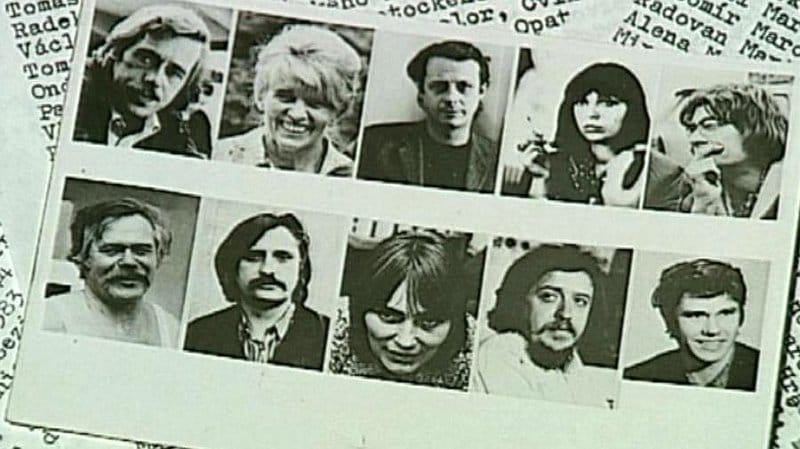 For example, the right to freedom of demonstration, guaranteed by Article 19 of the Treaty, is completely illusory: for tens of thousands of citizens it is impossible to work in their own profession, just because they have different opinions from the official ones. Many times they are the object of multiple discrimination and persecution by the official bureaucracy and other organizations. The chances of defending themselves are nil, and they are practically victims of "Apartheid".

Hundreds of thousands of men are denied freedom - they are "forced to live under terror" (preamble to the Treaty) - as they are forced to live in fear of losing their jobs, and other possible ones, if they express their opinions.

In contradiction to article 13 of the second Treaty - which guarantees the rights to education - many young people cannot study because of their opinions or those of their parents. Many, many citizens are forced to live in fear of losing their rights and those of their children to education, just by some expression of opinion opposed to the official one.

The claims of the rights to investigate, receive and distribute information and ideas of all kinds, verbally, in writing, in print or by means of artistic expressions (point 2, art. 13 of the first Treaty), all this is pursued not only by the courts but by other means, under the excuse of criminal accusation, as is currently the case in the proceedings against young musicians.

Freedom of public demonstration is repressed by the central institutions of information and culture. No one has the right to express their opinion in political, philosophical or scientific matters if they do not agree with the norms on official ideology or aesthetics, and, therefore, it cannot be published; neither can any critique of important social phenomena be made public; there is no possibility of protection against slander or insults from official propaganda; legal protection against "offenses to honor and fame" - specifically guaranteed by Article 17 of the First Treaty - practically does not exist; false accusations cannot be challenged, and any initiative to obtain redress through the courts is excluded. In the spiritual and cultural realm, public discussion is prohibited. Many men of science or belonging to cultural life are discriminated against only because years ago - acting within the law - they had publicly expressed opinions officially condemned today.

The freedom of religious confessions - guaranteed by article 18 of the first Treaty - is systematically and arbitrarily limited by power. The activity of the priests is limited; they threaten daily with the cancellation of permits for their missionary activities, with repercussions for their existence; the possibilities for religious catechesis, etc. are limited.

An instrument for the limitation or total suppression of human rights, it is the system of oppression maintained by powerful people of the ruling Party in all sectors of life, organizations and institutions. The constitution of the CSSR and other laws and provisions do not regulate the actions, or the preparation and application of decisions; They are practically verbal orders, without control, unknown to the population, and the authors of such orders are not responsible even to the hierarchy itself. However, these "rulers" have influence in all legal instances and governmental institutions: "their orders" are more important than the laws. In case of conflict between "rulers" and citizens, they have no possibility of defending themselves. This is against the rights recognized in articles 21 and 22 of the first Treaty (right of assembly and its limitations), article 25 (equal rights in conflicts with the administration), and article 26 (exclusion of discrimination before laws). This de facto situation also prevents workers from freely forming their trade union organizations, in order to defend their economic and social interests, freely making use of the right to strike (point 1 of article 8 of the second Treaty).

Other civic rights - including the express prohibition to intervene arbitrarily in matters of private life, family, home, or correspondence (Article 17 of the first Treaty) - are seriously disturbed by the Ministry of the Interior, which with different procedures control the lives of citizens, for example, through telephone tapping, wiretapping, censorship of correspondence, surveillance of people, house searches, creation of networks of informants selected under threats or promises, etc.

With its symbolic name, LETTER 77 shows that it was born on the threshold of the year that has been declared the Year of the Rights of Political Prisoners, in which the Belgrade Conference has to examine the fulfillment of the commitments made in Helsinki.

As signatories of this declaration, we entrust Prof. Dr. Jan POTOCAS, DrSc Dr H. C-, Václav HAVEL, and Prof. Dr. Jirí HÁJRK DrSc the task of being spokespersons for LETTER 77. These spokespersons represent it with full powers —both before state organizations and others, as well as our public and the rest of the world—, guaranteeing with their signatures the authenticity of the pertinent documents.

In us and in the other citizens who support us, they will have collaborators who will take part in the necessary deliberations, take care of the partial tasks, and share all the responsibilities with them.

We trust that CHARTER 77 will help all citizens in Czechoslovakia to work and live as free people.