Argentina and the third Universal Periodic Review of Cuba

This event, which was organised by CADAL, saw speeches from democratic activists Dalila Rodríguez and Adonis Milan, who reside in Camajuaní and Havana, respectively, as well as Argentinean Congressman Waldo Wolff and general director of CADAL Gabriel C. Salvia. 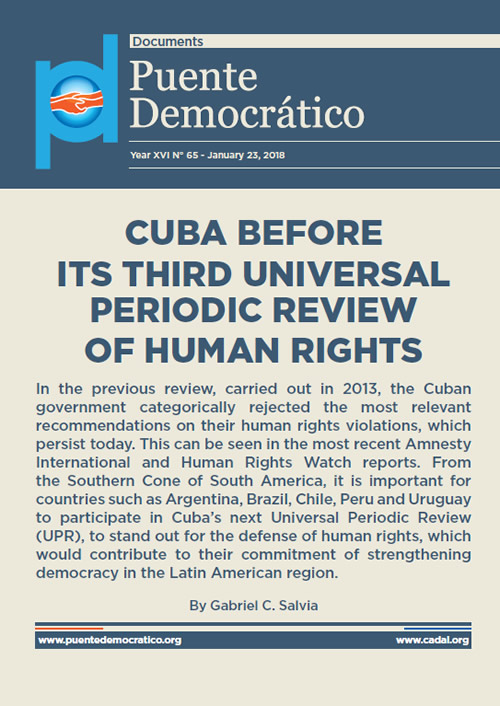 Cuba before its third universal periodic review of human rights

From 5 May to 2 June 2017, CADAL organized five sessions within the workshop “Foreign Policy and Human Rights”, with the support of the Konrad Adenauer Foundation. The workshop was moderated by Sybil Rhodes, vice president of CADAL and director of its academic council. 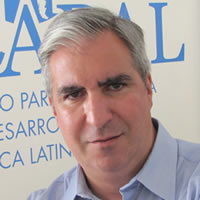 Is this the end of the Cuban dictatorship?

The Cuban regime uses a similar argument as China to justify its rhetorical model of "socialist, local, original, democratic and participatory development" and keep the dictatorship unchanged. In fact, during its Universal Periodic Review at the UN Human Rights Council, held on May 1st, 2013, the Cuban dictatorship affirmed that it does not accept any universal model of democracy.

Despite of not having the communications of the developed democracies during the Universal Periodic Review of North Korea at least the majority of the Latin American countries voted on November 18th in favor of the critical resolution about the situation of human rights in this country and like that the political division of the region was shown again.

Syria and the political divisions in Latin America

The UPR of Syria revealed an evident split in the region. On the one hand, Venezuela, Cuba and Ecuador are the leading countries that support authoritarian practices, while Chile, Brazil, Uruguay and Peru follow the European Union's pro-market, democratic model.

Since on Februrary 5, 2009 the Universal Periodic Review of Cuba will take place at the United Nations Human Rights Council, the Center for the Opening and Development of Latin America (CADAL) addressed the Foreign Ministers of Argentina, Chile and Uruguay, member countries of the Council.