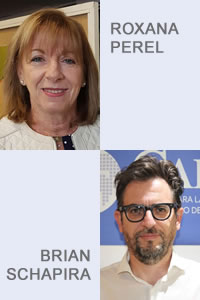 Since the creation of the UN Human Rights Council in 2006, Cuba has been one of its longest-serving countries, during four consecutive three-year terms, for a total of 12 years. The periods in which Cuba was not part of the Council had a statutory nature: members shall not be eligible for immediate re-election after two consecutive terms, having to relinquish their seats until the following elections. In the case of Cuba, since 2007, it has served the Council for the maximum term allowed during 2007–2009; 2010–2012; 2014–2016; and 2017–2019. Unable to pledge a seat at the Council in 2020, Cuba has already announced its candidacy for the 2021–2023 term.

The UN General Assembly Resolution A/RES/60/251 (“Res. 60”) of March 2006 establishes the creation of the Human Rights Council, consisting of forty-seven Member States, which are elected directly and individually by secret ballot by the majority of the members of the General Assembly, and whose membership shall be based on equitable geographical distribution. Cuba belongs to the Latin American and Caribbean States group, which is entitled to eight seats.

Additionally, the aforementioned Resolution declares that when electing members of the Council, Member States shall take into account the contribution of candidates to the promotion and protection of human rights and their voluntary pledges and commitments made thereto. Members elected to the Council shall uphold the highest standards in the promotion and protection of human rights, and shall fully cooperate with the Council. Furthermore, a two-thirds majority of the members present and voting may suspend the rights of membership in the Council if a member commits gross and systematic violations of human rights.

A lot has been said about electing countries with anti-democratic, totalitarian regimes––whose very essence entails the systematic violation of human rights––to the Council.

It is clear that all countries, even those with advanced democracies, may commit any human rights violation at some point. Not all democracies are as high-quality and observant of human rights. Every democracy can be perfected––from the most robust and advanced to the newer, emergent ones. However, the issue to examine is how these democracies adopt a stance before human rights protection systems, and how dictatorial and totalitarian regimes do it. And while the former do cooperate and are open to protection mechanisms, acknowledging remarks and recommendations––even in spite of ongoing conflicts­­­––the latter engage in a rhetoric that varies from feigned commitment to open confrontation and accusations against critics. We believe the Cuban case to be the latter.

This is precisely what we wish to draw attention to, both from democratic countries and civil society organizations, regarding regimes whose permanence in office is based upon gross and systematic violations of human rights, yet pretend to be part of the Human Rights Council to atone for its guilt, a decision that contradicts Resolution 60 itself.

The examples of dictatorial regimes, or those with authoritarian tendencies, that make up the Council––or intend to––are many, but just to mention a few we could cite the current Venezuelan dictatorship or even Brazil, where Jair Bolsonaro’s administration is increasingly taking on authoritarian traits. In the same vein, we would like to express our concern about autocracies such as the Russian Federation and the Kingdom of Saudi Arabia presenting their candidacies for the Council’s next term. 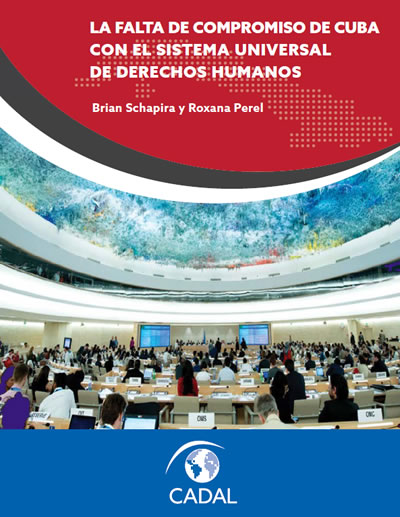 On an extensive report that was originally published in Spanish, we decided to analyze Cuba’s situation as our region’s longest-lasting dictatorial regime, with over 60 years. We put forth the serious contradictions between its alleged commitment to the Universal System for the Protection of Human Rights and reality. We consider there is enough reason for countries to vote against its candidacy to the UN Human Rights Council.

We also understand there is a pending debate––one to which we wish to contribute––regarding the position adopted by some political sectors and civil society, especially in Latin America, which whilst deeming themselves active in the defense of human rights, prefer not only to look away but to also justify and assert the Cuban dictatorship. Therefore, one of the goals of the report was to intellectually and emotionally ‘shake’ those with “ideological blindness”, as it was once put by the great British journalist Robert Cox––who bravely stood against Argentina’s dictatorial regime through the press. Cox explains the term as “a mechanism that allows human beings to ignore what they are reluctant to see.” We hope uncontestable facts will help them see, and we invite you all to agree there should be no double standard about dictatorial, authoritarian or anti-democratic regimes, regardless of their political inclination.

Scope of the research

Turning to the topics addressed on the report, more than enough elements of the Universal System for the Protection of Human Rights allow to dismiss Cuba’s intention to sit, once again, at the UN Human Rights Council.

These are technical elements used as assessment criteria by the universal system itself, without even considering political stance, although the latter may also be valid and probably account for Cuba’s likely success as a candidate for this year’s election at the UN General Assembly.

Such technical elements have also been used to draw up a report that starts––from Title A onwards––by delving into Cuba’s own voluntary pledges and commitments as they were set forth to the General Assembly when it presented its candidacy. From said analysis, the strain between the intention of strengthening cooperation without politicization and selectivity versus reality becomes apparent.

Under Title B we continue to examine Cuba’s lack of commitment and cooperation to the universal system of human rights––as no invitation was extended nor there was a will to participate in the “Special Procedures Mechanism”––as well as the fact that the country did not adhere nor ratify some of the most relevant human rights treaties established. This review is based, on the one hand, on official documents from the United Nations Office of the High Commissioner, on a number of Special Rapporteurs’ reports, and on communications issued by Special Procedures, and on the other hand, on Cuba’s stance under the first three Universal Periodic Reviews regarding such crucial issues.

Following, under Title C, there is a detailed analysis of the main observations from treaty bodies of which Cuba is part. These observations evince the infringements, gaps and shortcomings that cement our thesis about Cuba’s questionable level of cooperation with the universal system.

Fourthly, along Title D, we revise the recommendations made to Cuba under the third universal periodic review, and examine whether they were adopted or dismissed while pointing out some inconsistencies and biases on its criteria depending on the country issuing the recommendation. This analysis is also based on UN official documents.

Title E refers to remarks that traditional civil human rights organizations of global reach have made about Cuba.

To conclude the report, under Title F there are some comments about the new Cuban constitution, mainly regarding its stance on international human rights treaties the country has adhered to, since it helps shed some light on the heart of the matter.

Throughout the report there are initial conclusions that may seem obvious since neither technical nor political expertise is required to establish that Cuba does not abide by the requirements that any country that wishes to hold a seat at the Human Rights Council should comply with.

It is then worth mentioning that if Cuba’s stance––the systematic violation of rights and its lack of cooperation with the universal system––were to be examined through the A/RES/60/251 Resolution requirements, particularly provisions 8 and 9, we must conclude it is a country that does not even meet the minimum criteria to sit at the Human Rights Council.

“8. Decides that the membership in the Council shall be open to all States Members of the United Nations; when electing members of the Council, Member States shall take into account the contribution of candidates to the promotion and protection of human rights and their voluntary pledges and commitments made thereto; the General Assembly, by a two-thirds majority of the members present and voting, may suspend the rights of membership in the Council of a member of the Council that commits gross and systematic violations of human rights; 9. Decides also that members elected to the Council shall uphold the highest standards in the promotion and protection of human rights, shall fully cooperate with the Council and be reviewed under the universal periodic review mechanism during their term of membership.”

As established in the report, Cuba does not conform to the necessary requirements.

From the start, it does not abide by the voluntary pledges and commitments it expressed when presenting its candidacy, and it does not even ratify the most relevant international human rights treaties, thus shirking the possibility for collaborative work and scrutiny by several treaty bodies, among which we could mention the Covenant on Civil and Political Rights, and the Covenant on Economic, Social and Cultural Rights.

Regarding its cooperation with the HRC, the system has continuously stressed Cuba’s refusal to extend an open and permanent invitation to the Special Procedures mandate holders, merely allowing rather staggered rapporteurs’ visits at its own convenience in decades. Cuba has also dismissed and “taken note” a very high percentage of peer recommendations at Universal Periodic Reviews, virtually ignoring the recommendations put forward. Finally, nothing about Cuba is aligned with “the highest standards in the promotion and protection of human rights.” Both the system and civil society have made a number of accusations, particularly about the severe lack of civil and political freedom in the country.

Cuba’s stance at the HRC should also be subject to scrutiny with regards to other countries around the world but such analysis would call for a separate report. If we were to examine Cuba’s presence in the HRC, we could see it endorses the most violent, authoritarian regimes while attempting to ignore severe violations of human rights, as pointed out by Human Rights Watch with regards to its voting record which favors regimes such as those in Venezuela, Syria, Myanmar, Belarus and Iran.

As set out in the report, it is necessary to call upon the UN Member States––particularly those in our region but also from around the globe––with solid democracies and deeply observant of human rights, as well as civil society and human rights advocates, to actively participate in spreading Cuba’s stance so as not to allow a seat at the HRC to become yet another hindering element that makes its lack of commitment and cooperation with the system clear, by distracting stakeholders, concealing its actual situation, and justifying the actions of other authoritarian regimes.

The Cuban Government has consistently and invariably shown, to this day, that its will to cooperate is scarce, relative and limited by its own interests, as it partially accepts some of the human rights proceedings while ignoring others. The absence of genuine commitment translates in several ways, among others, its lack of adherence to or ratification of treaties, its non-compliance with recommendations from different stakeholders, its untimely presentation of relevant reports and its refusal to extend permanent invitation to the HRC Special Procedures.

Brian Schapira is a lawyer (University of Buenos Aires) with a Master’s in International and Comparative Law (Southern Methodist University–Dedman School of Law, Texas, US) and a postgraduate degree in Oil and Gas Law (University of Buenos Aires). He was an intern of the International Clerkship Program before the Federal Justice of the United States (Dallas, Texas). He was Under Secretary of Protection and International Liaison in Human Rights of the Nation of the Argentine Republic between December 2015 and December 2019. He is currently the Institutional Relations Director at CADAL.

Roxana Perel is a lawyer and a notary public (University of Buenos Aires) with a postgraduate degree in Mediation and Conflict Resolution (Fundación LIBRA). She was a legal consultant at the Ministry of Justice for 10 years, until October 2018, serving in the area of International Law. There, she specialized in report presentation and follow-up with the Working Group on the Universal Periodic Review and under organizations based on the UN Charter. She is also trained in the compliance of human rights international standards and is now a research associate at CADAL.