The 2017 Good Bye Lenin Program, which took place from November 6-17, was organized by CADAL’s Václav Havel Institute with support from the Konrad Adenauer Foundation.

The topics discussed during the program include the following: the construction of socialism in Europe; the collapse of true socialism; the iron and velvet transitions; journalism and dissidence in communist dictatorships; a first-hand account of the fall of the Berlin wall; cinematic perspectives of the Berlin wall; the Argentinian reaction to the events of November 1989; the current cases of communist dictatorships in Cuba and North Korea; a brief history of the USSR and satellite countries through political satire; and the life of Václav Havel. 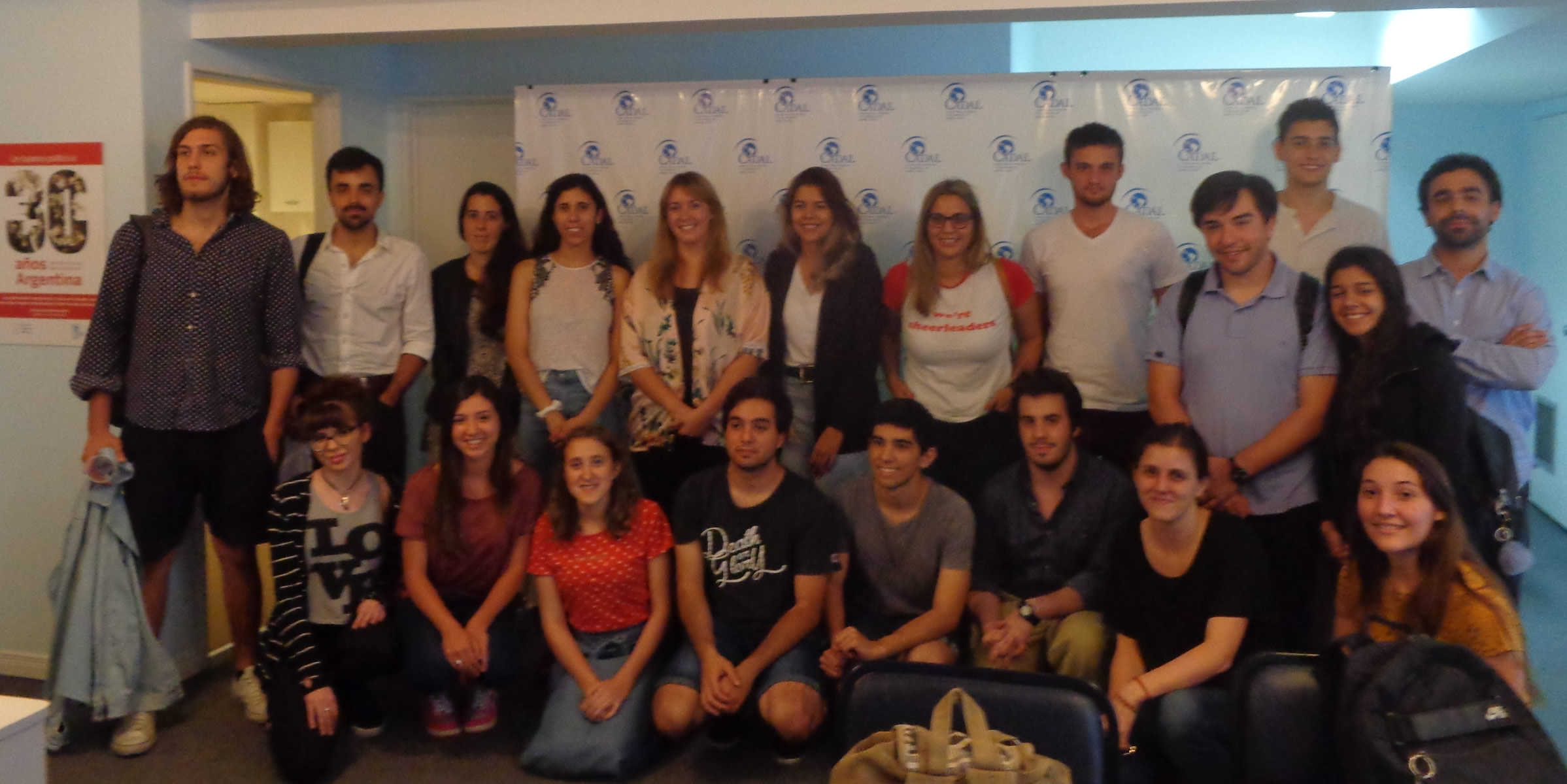 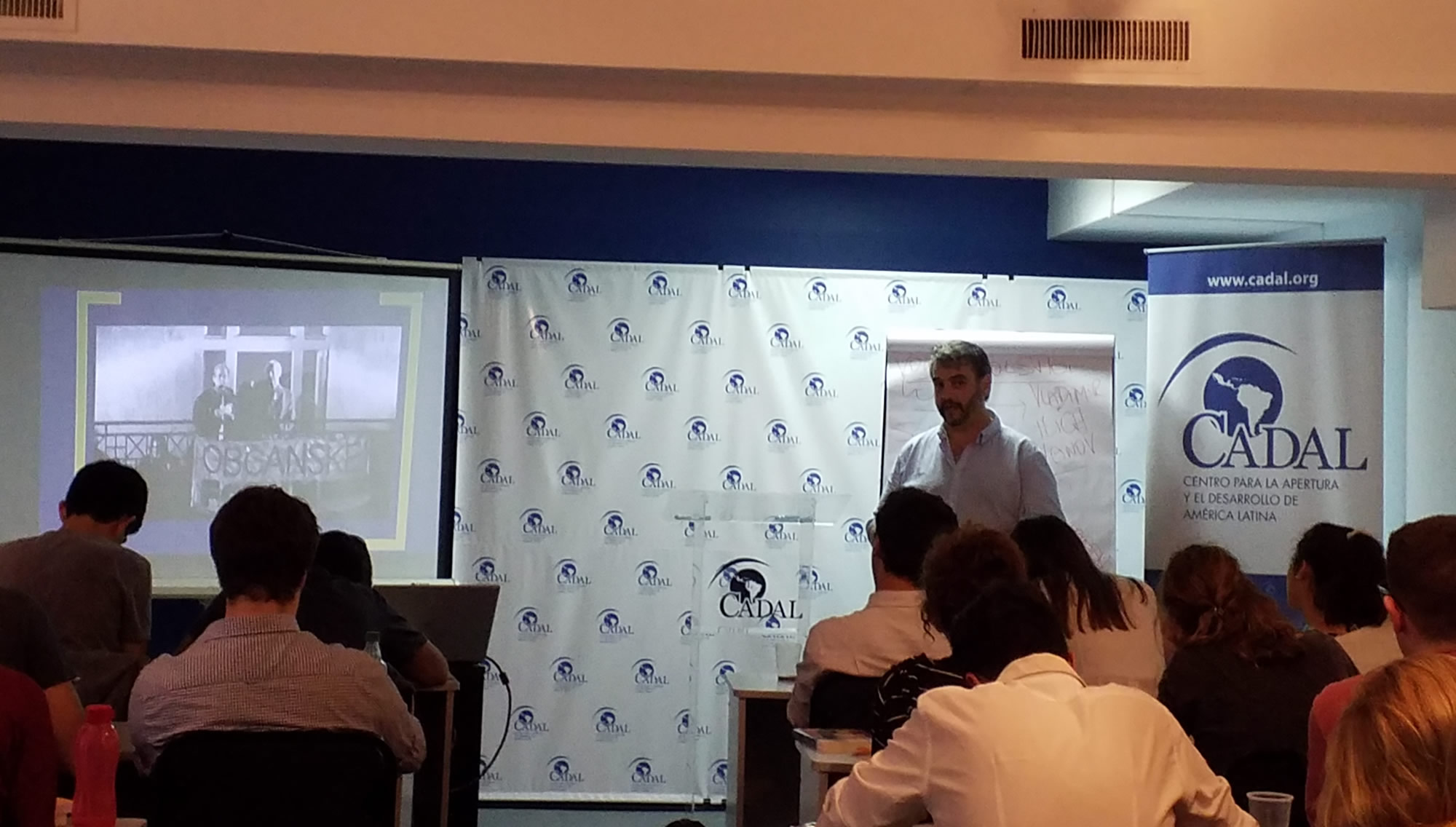 The first two classes, given by Ricardo López Götig, were on the following subjects: the construction of socialism in Europe; the 1917 Bolshevik revolution; Lenin, Trotski, Stalin, and the formation of the Soviet Union; agrarian reform, super-industrialization, and the militarization of society; the post-war Soviet expansion; Poland, Czechoslovakia, and Hungary; economic, social, and political problems; the collapse of true socialism; the emergence of dissidence in central Europe: Solidarity and Letter 77; Mijail Gorbachov’s Perestroika and Glasnot; the successes of 1989 and the fall of the “socialist camp” in Europe; the socialist transitions; the velvet and iron transitions; the velvet transitions (Czechoslovakia, Poland, and Hungary); the iron transitions (Russia, Belorussia, and Central Asia). 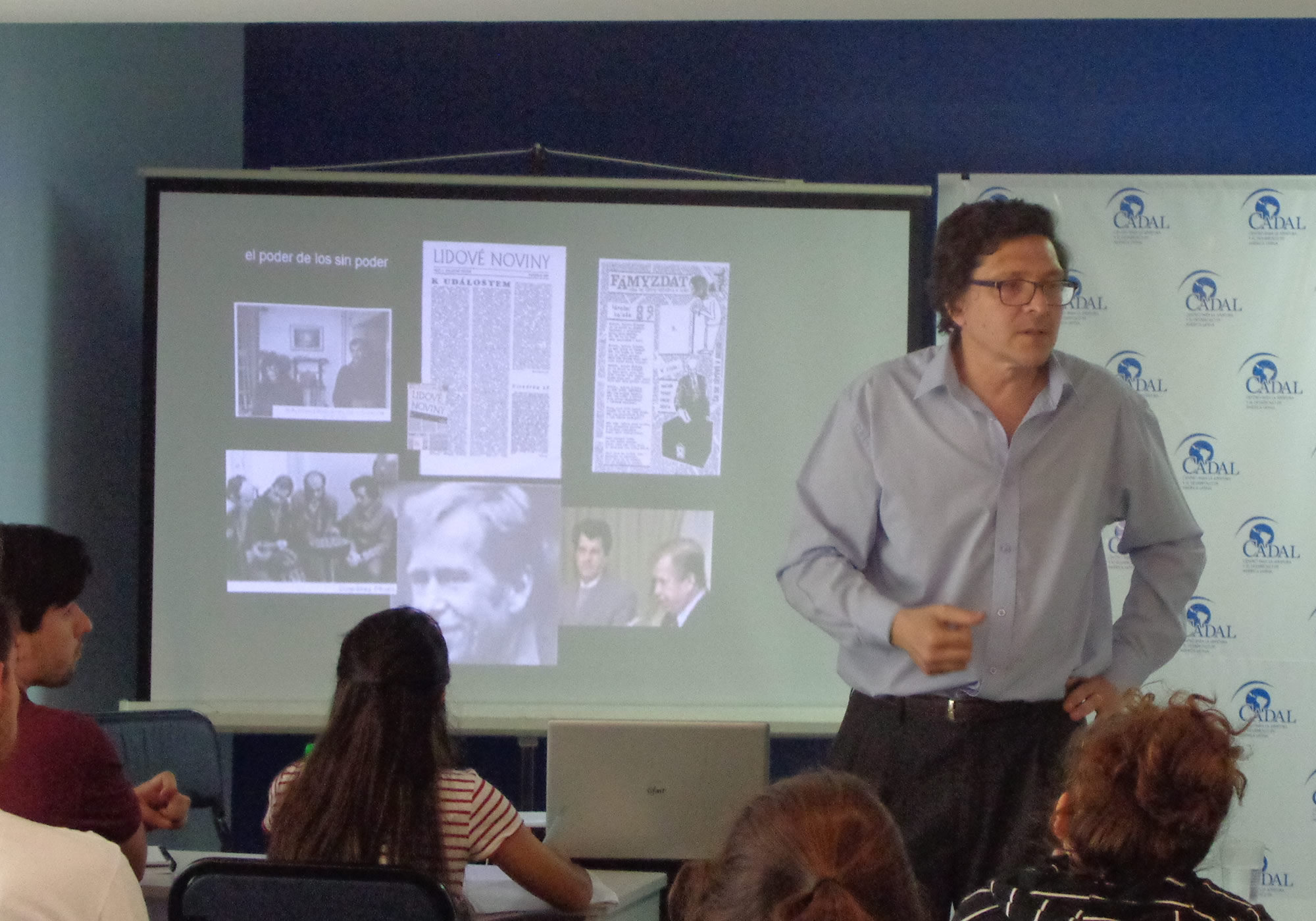 The third class, focusing on journalism and dissidence in communist dictatorships, was given by Professor Fernando Ruiz. Other topics included the televised revolution in Eastern Europe; the samizdat and trust building; and the demise of dictatorships at the hands of the television screen; and how the art of the transition consisted of having dissidents reach national television. 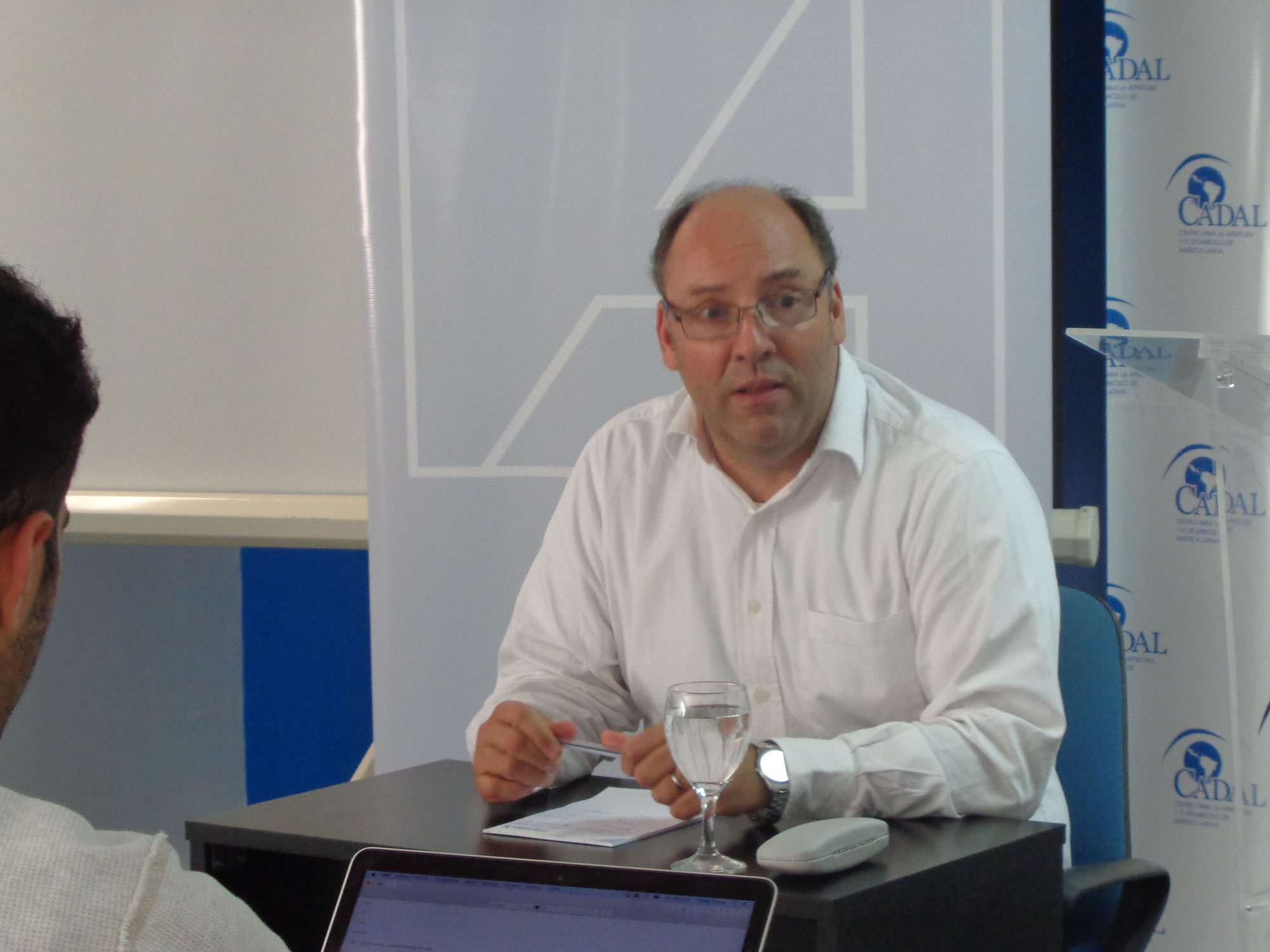 The fourth day’s activity was led by Olaf Jacob, a representative from the Konrad Adenauer Foundation in Argentina. He presented a first hand account of the fall of the Berlin Wall from the perspective of a young German. 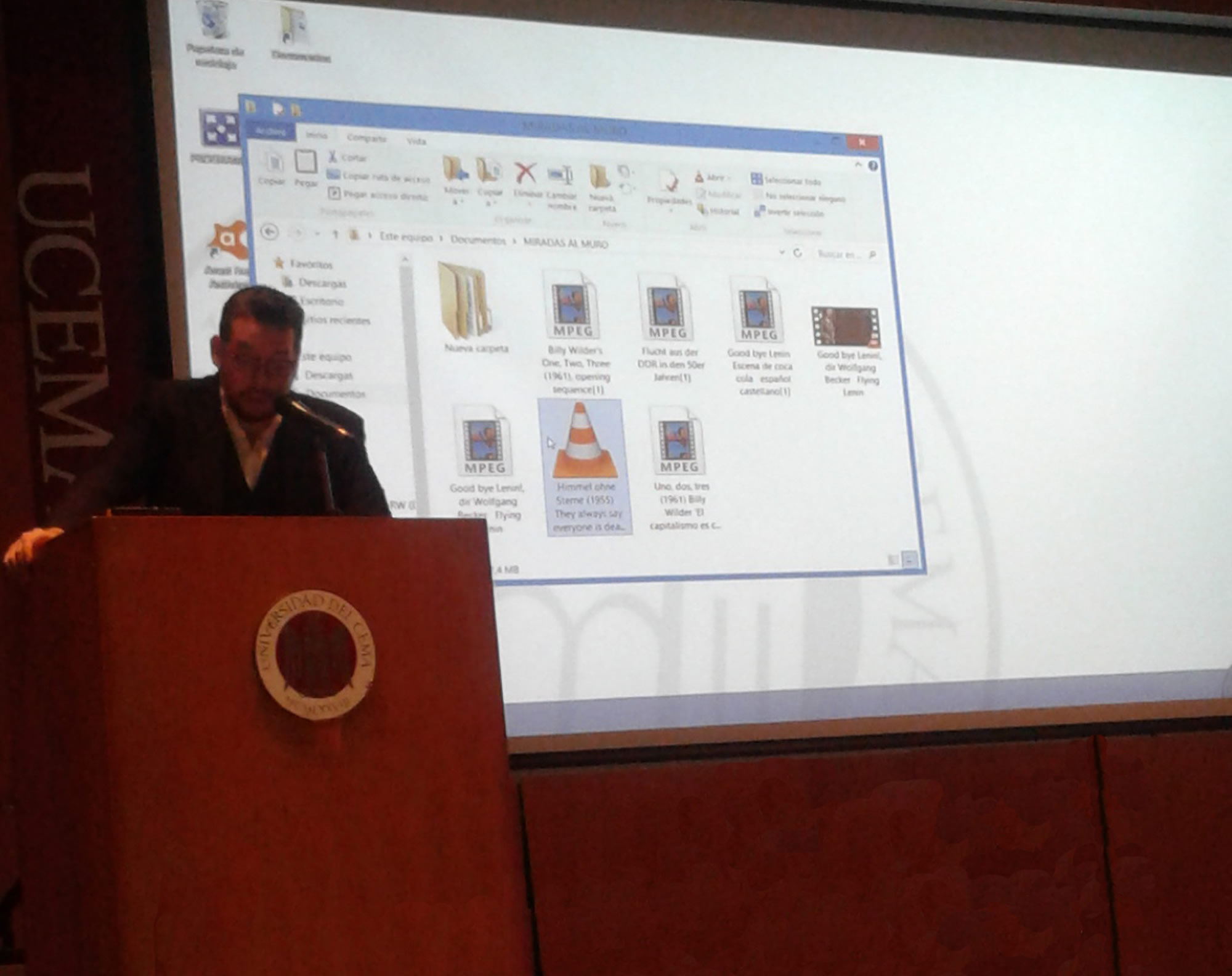 The fifth day’s event took place at CEMA University. Pablo De Vita presented “Film: Looking toward the wall, another brick in the wall.” The presentation consisted of clips from documentaries and films that portray the division in society and the social and cultural aspects of the Cold War. 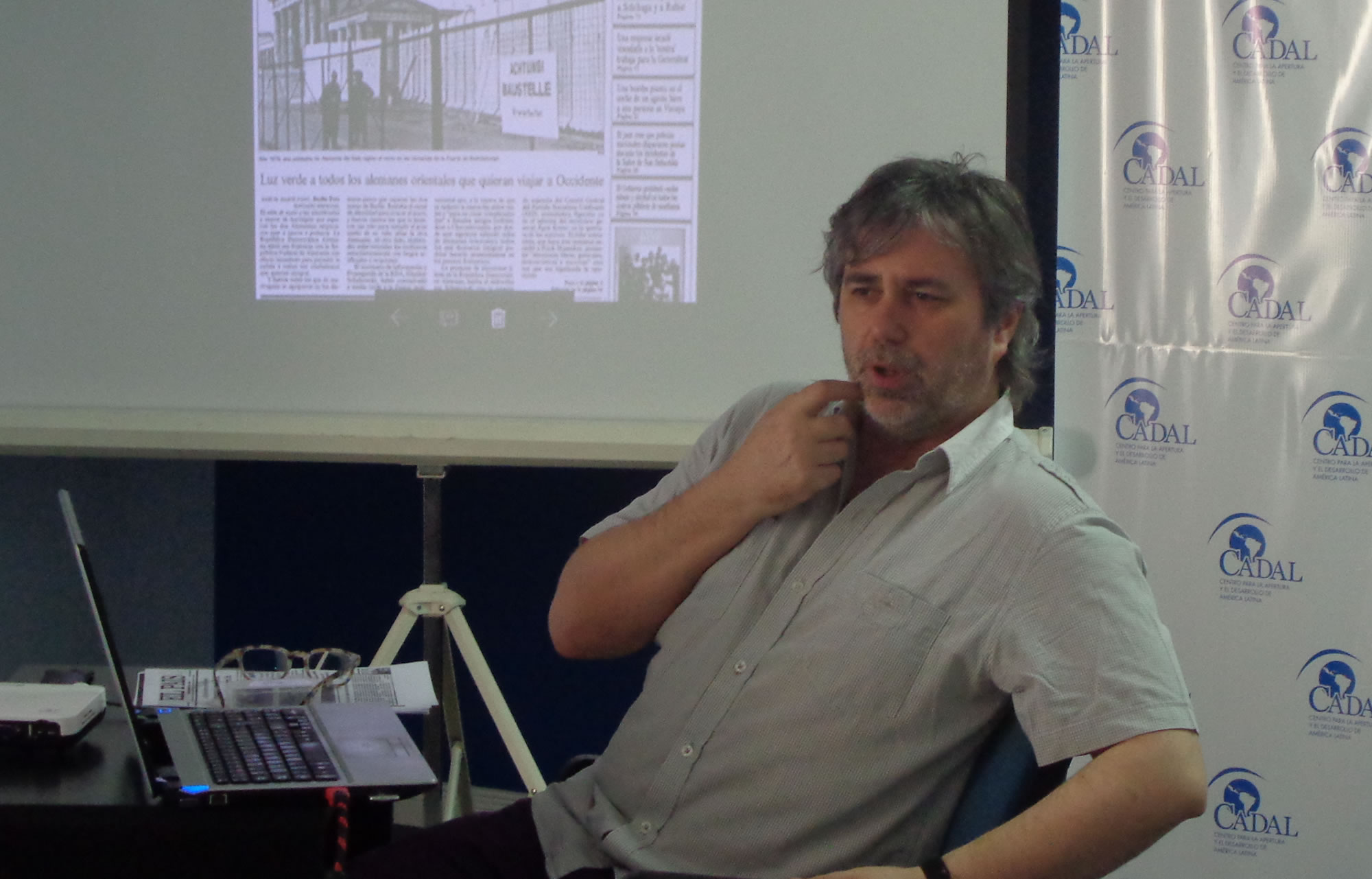 On the sixth day, sociologist Gabriel Palumbo analyzed the events surrounding the fall of the Soviet block, its impact on public debate, the role of political parties, and its coverage in Argentinian media. 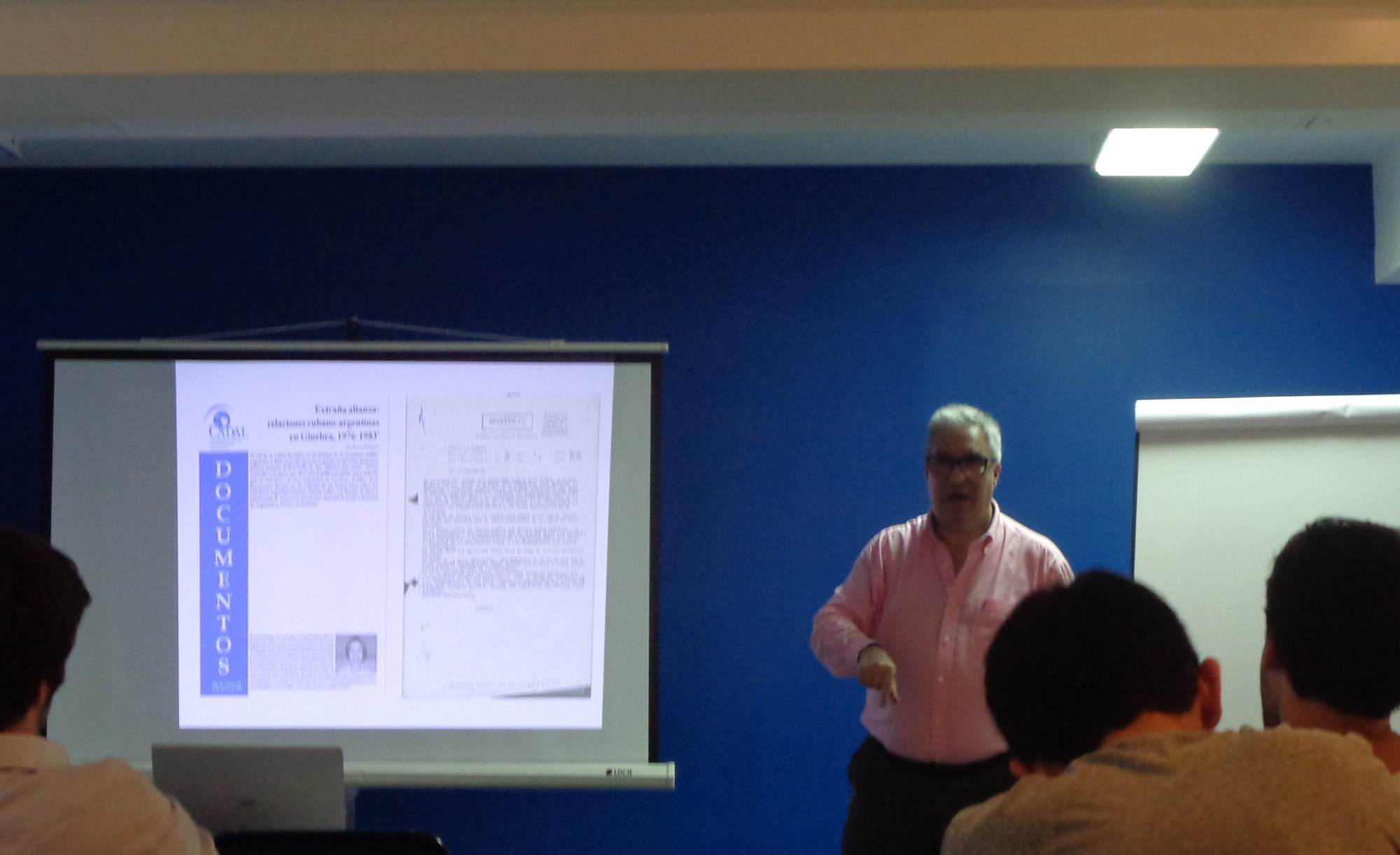 The seventh class was led by CADAL’ Chairman, Gabriel Salvia, who presented the case of Cuba, the last remaining dictatorship in Latin America where the judicial and institutional systems violate human rights. He presented several examples of political repression and persecution (the Military Units to Aid Production, the Committees for the Defense of the Revolution, and the acts of repudiation); the Cuban dictatorship’s internationalism via guerrilla exports; and, finally, the relationship with the Argentine military dictatorship. 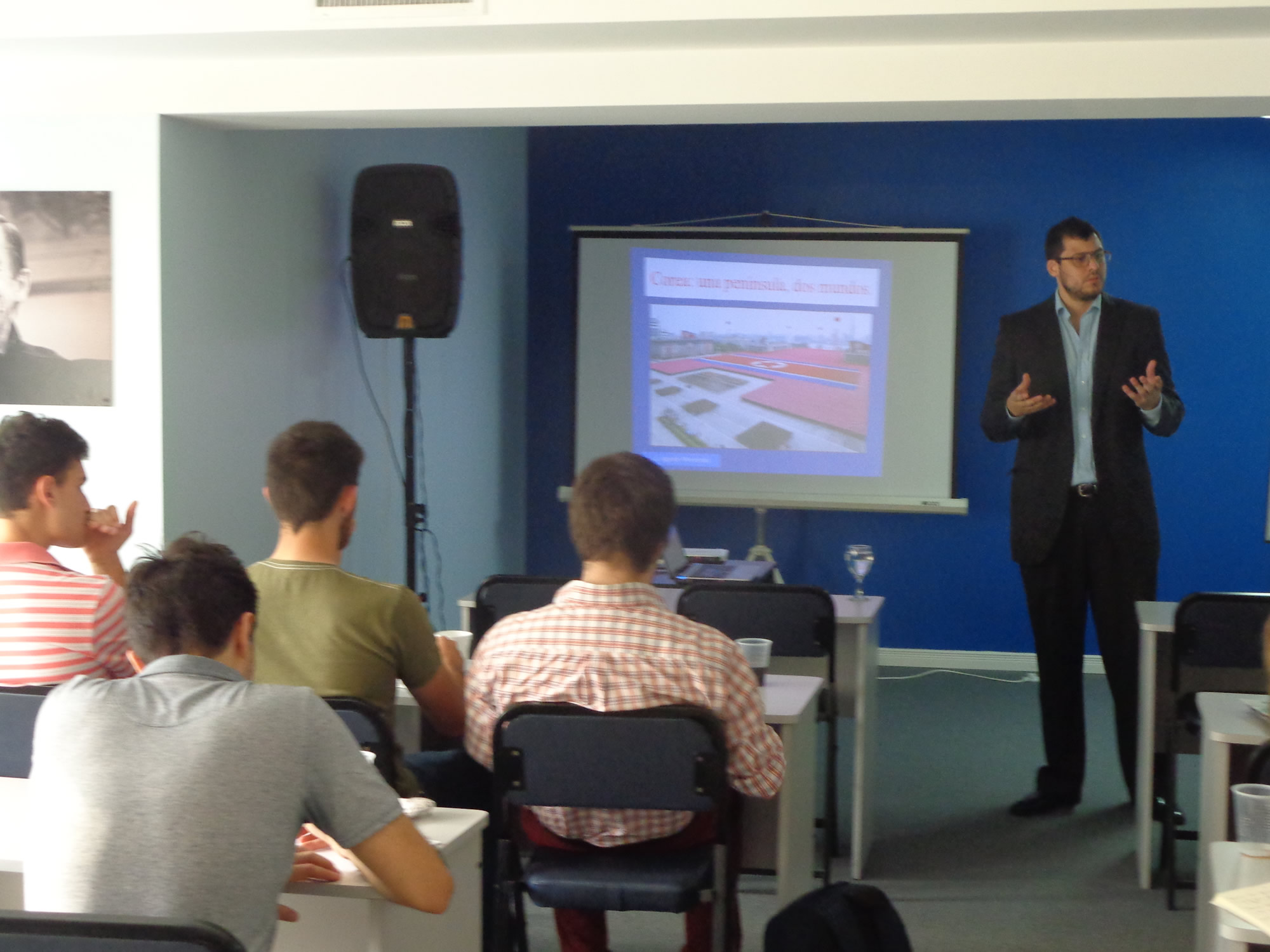 For the eight day, political scientist Agustín Menéndez presented on the Orwellian dictatorship in North Korea. He analyzed North Korea’s origins, the rise of Kim Il-Sung, the Korean War (1950-1953), the personalistic cult, the Chollima movement, North Korean society and the violation of human rights, the rise of Kim Jong-Il and Kim Jong-Un, elections and the Workers’ Party, and the country’s future prospects.

For the ninth class, Professor Tomás Varnagy presented his book “’Proletariats from every country… Forgive us!’: A brief history of the USSR and satellite countries through political satire.” 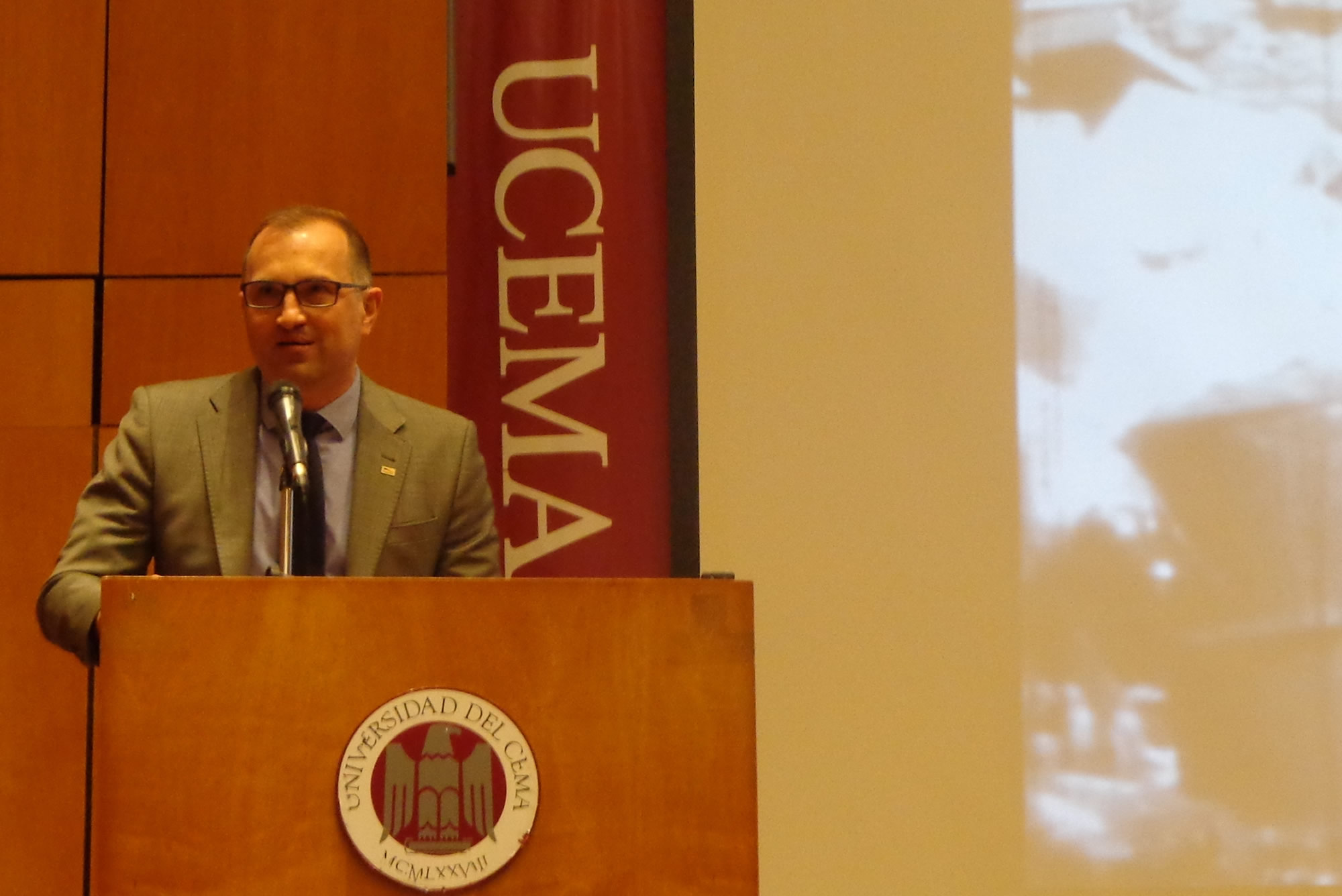 The closing ceremony took place at UCEMA University, on the anniversary of the Velvet Revolution. A documentary on the life of Václav Havel, directed by Andrea Sedláčková, was projected. The 2014 documentary presents Havel’s life throughout its various stages and his various roles, as an intellectual rebel, an admirer of the clandestine, and a rock-and-roller. The documentary was introduced by Milan Frola, Czech Consul to Argentina. 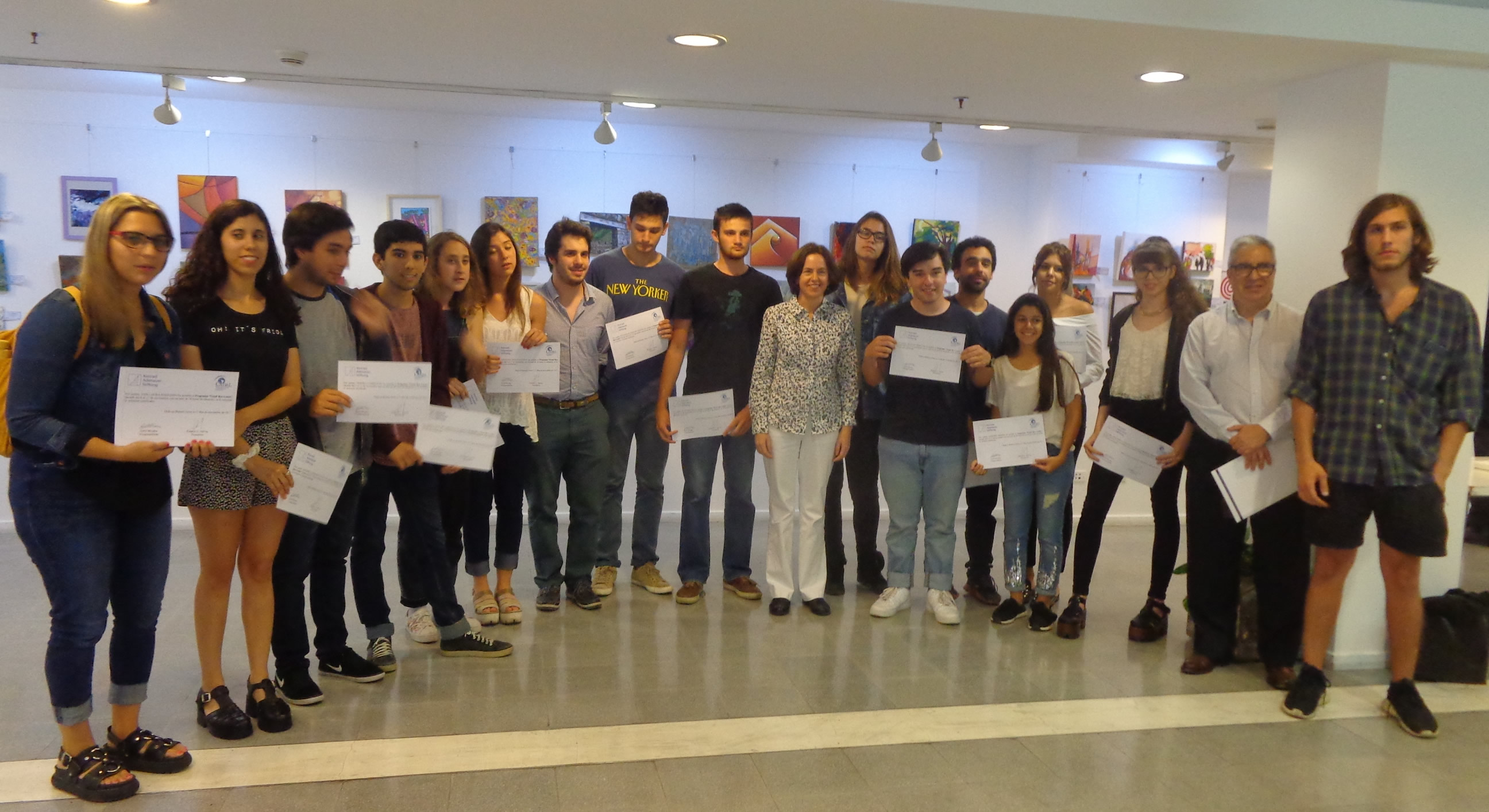 A total of 21 participants received a participation certificate. Those who attended a minimum of 8 classes will be eligible to apply for an internship with the Observatory on International Relations and Human Rights, which operates under CADAL’s Václav Havel Institute.