Coinciding with the 24 years of the fall of the Berlin Wall, at the University of CEMA, the Institute Václav Havel organized a new edition of the program Good Bye Lenin. On this occasion, it was offered three classes conducted by the historian Ricardo López Göttig: the construction of socialism in Europe, Soviet expansion in the post-war period and the collapse of the real socialism; and finally the Professor Fernando Ruiz analysed the communication of dissent in dictatorships.

Coinciding with the 24 years of the fall of the Berlin Wall, the Institute Václav Havel of CADAL organized a new edition of the program Good Bye Lenin at the University of CEMA. On this occasion, the program had three classes conducted by historian Ricardo López Göttig and a class by Professor Fernando Ruiz. 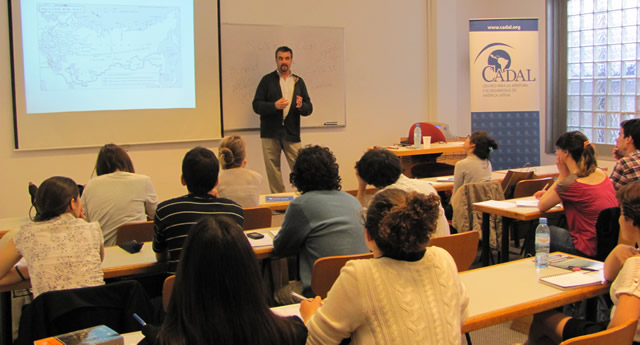 In first class, Dr. Ricardo López Göttig referred to the construction of socialism in Europe: the Bolshevik revolution of 1917; Lenin, Trotsky, Stalin and the formation of the Soviet Union; the agrarian reform, the super-industrializacion and the militarization of society. 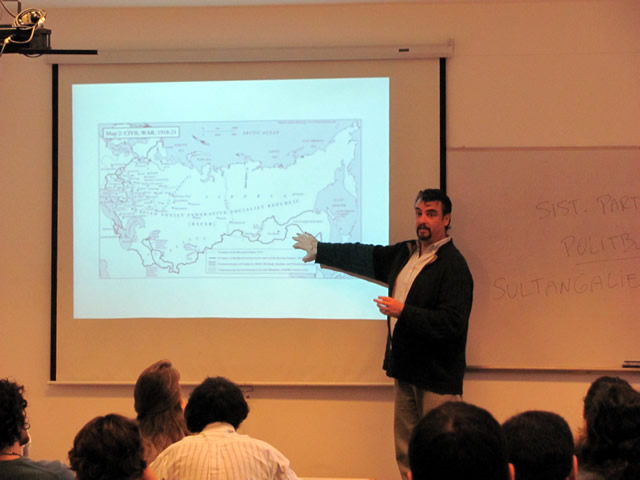 Then Lopez Göttig addressed the Soviet expansion in postwar: Poland, Czechoslovakia and Hungary; the economic, social and political problems. 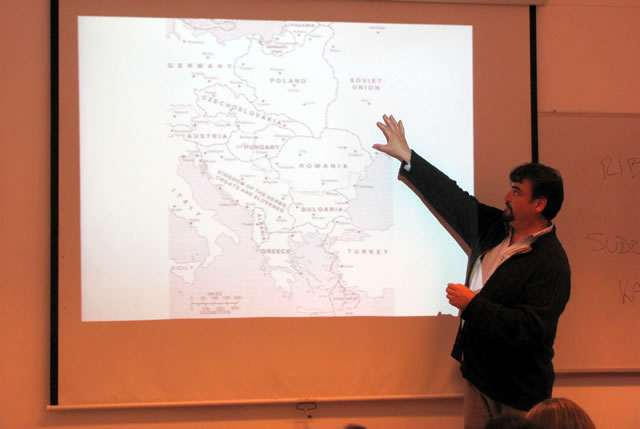 In the third class, the doctor in history from the Karlova University from Prague, analysed the collapse of real socialism, how the dissent emerged in central Europe: solidarity and Charter 77, perestroika and glasnost of Mijail Gorbachov, the events of 1989 and the collapse of the "socialist camp" in Europe, and socialism transitions: transitions from velvet and iron. 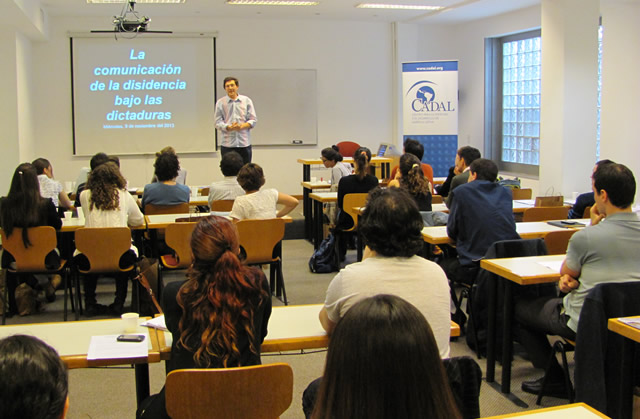 Finally, Fernando J. Ruiz, Ph.d. in public communication, referred to the communication of dissent in dictatorships. Ruiz said that the construction of dissent is mostly the creation of media to be able to disseminate information and interpretation of alternative frameworks to most citizens.

Ricardo de Lamadrid: "This was my first experience in Good Bye Lenin program, organized by the Institute Václav Havel and I must say that it exceeded my expectations. Both dissertations presented a high level and allowed to extrapolate the events in the Soviet Union throughout its history to the contemporary reality of Latin America. I congratulate both doctors, Ricardo López Göttig and Fernando Ruiz for their presentations, as the team of CADAL for the Organization of the event"

José Zarate: "Excellent and complete, it was an approach to the different realities of socialism in Central and Eastern Europe. The Organization was very good and attentive in everything ".

Karla López: "Good Bye Lenin program, of the Institute Václav Havel, filled my expectations. Through it, I could learn more about the birth and the breakdown of the Soviet Union, the leaders who succeeded Stalin, who died of a stroke. I didn't know that members of the politburo let him agonize for 12 hours, for fear of being the next tortured or killed, after being accused of plotting against Stalin. I hope that on November 9, to commemorate the 25th anniversary of the fall of the Berlin wall, this program continue reaping rewards, training new generations of young people ".

Matías Pérez Alati: "It was the first time that I attended one of these activities. The truth is that nothing better after receiving the invitation through young Pro at 16 age, because it allows me now to be aware of upcoming lectures, etc. Everything was spectacular; it began and ended on time. The quality of the talks exceeded all my expectations. I arrived with little, I left full. The truth, it was a great experience that I'm going to try to repeat. I deeply appreciate the opportunity they gave me to attend this program. Count me in for upcoming activities! "

María de los Angeles Lasa: "The Good Bye Lenin program is highly recommended for three reasons: it is taught by great teachers, focuses on a subject rarely explored in our country and develops a November 9, day unbeatable to think about totalitarianism, the essence of democracy, and the crucial importance of freedom. It is an ideal seminar for any enthusiast of the cold war, global affairs or the history of international relations. It widely exceeded my expectations".

Cristian Villagra: "The event was very good, not only for the quality of the speakers but also for the desire of young people to attend to it. I think CADAL gives opportunities where we can expand our knowledge and be able to generate a climate of debate with the assistants and outside it. I appreciate the opportunity of having been and I hope more activities of this style."