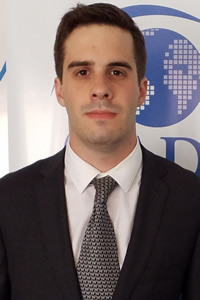 In the last turn of events, President Duque agreed to convene the leaders who ignited the protests. The next few days will be key to see if the situation is radicalized or if a consensual exit from the agitation is achieved.

Not an exception to the wave of protests occurring in Latin America, Colombia is experiencing unusual turmoil. Since November 21, demonstrations are being carried out daily and in various parts of the country, for a multitude of reasons, and have already left at least one protester dead at the hands of security forces.

These protests, carried out at a scale unlike any other in the country during the last decade, were convened by the National Strike Committee, a body that functions as a heterogeneous entity connecting labor, social, peasant, indigenous and student organizations. Initially, their demands were purely economic. The first incentives for mobilizations consisted of claims against unemployment, greater than 10 percent, and a package of measures endorsed by Iván Duque’s government, including changes in labor and tax legislation.

What happened next? In the midst of the marches, the original claims functioned as a catalyst to call out the human right violations that have become consolidated practice in Colombia. Primarily, demonstrators protested the murders of social leaders at the hands of armed groups; it is estimated that since 2016, close to 700 civil society leaders have been murdered. Protestors also condemned the government for the false positives scandal—in which an estimated 4,000 civilians were killed and passed off as guerrillas to inflate body counts by the country’s military—and the approximately 160 extrajudicial executions of former Revolutionary Armed Forces of Colombia (FARC) members in violation of the peace agreement.

President Duque’s reaction also didn’t help settle the situation. His initial insensitivity was similar to that of Sebastián Piñera in Chile, and led protestors to shift their focus on his person, however unlike Chile, reforms to the constitution are not among the popular requests. When the demonstrations increased in magnitude, Duque responded by calling on elected mayors and leaders defined in the October elections, to establish a “National Conversation” roundtable to discuss measures aimed at satisfying the agitation on the streets.

The problem though, was that Duque confused interlocutors. In the context of a representational crisis that exceeds Colombia and covers much of the world, the leaders who best embodied the protests were not precisely the politicians who had recently won at the polls. As Claudia López, the newly elected mayor of Bogotá, affirmed “the citizenry in the streets has its own spokespersons, its own organizations, its own agendas and demands. Of course, those people, the youth, and social organizations, are waiting to be summoned to start the national conversation and establish a direct dialogue with them.”

In the last turn of events, President Duque agreed to convene the leaders who ignited the protests. The next few days will be key to see if the situation is radicalized or if a consensual exit from the agitation is achieved.