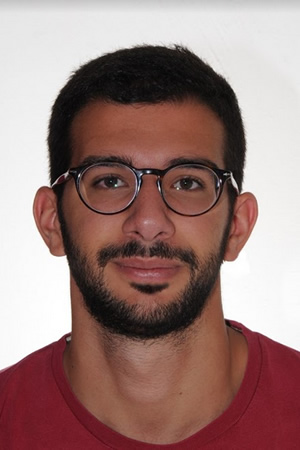 Georgia: a democracy under Russian occupation for 12 years

On 7th August, for the 12th anniversary of the Russian occupation of Georgia, the Georgian Ministry of Foreign Affairs, in cooperation with the Middle East Institute's Frontier Europe Initiative, organized a webinar on the worrying situation generated by the Russia-Georgia conflict in 2008. A short but intense war caused by a cross-border territory, South Ossetia, contested between the Russian Federation and Georgia, which has a very heavy historical legacy and it still affects negatively the Ossetian and Georgian people, victims of the violence perpetrated by Russian troops.

Several prominent personalities, representing various institutions, participated in the virtual event, shedding light on a conflict that does not seem to be completely resolved. The Georgian Minister of Foreign Affairs, David Zalkaliani, give an exhaustive introduction that offered a general picture of the situation in which his country finds itself today: in the last 12 years Georgia has maintained the state of war, as threats are verified daily by the Russian armed forces as well as the construction of barbed wire along the border, which the minister eloquently defines as "a new type of Berlin Wall". 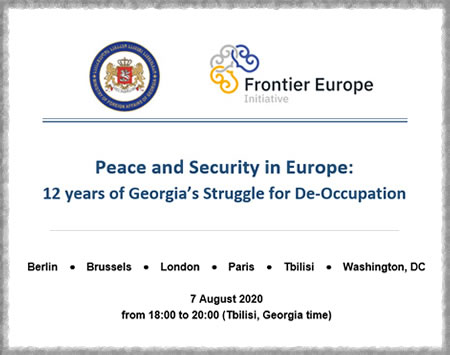 The message was reinforced by Irakli Beraia, Chairman of the Foreign Affairs Committee of the Georgian Parliament, who dramatically presented how far this conflict is from being resolved: in the last few years, two Georgian regions have been militarized with more than 10. 000 Russian troops, with large-scale military operations taking place illegally and regularly on Georgian territory; moreover, the provocative use of the most advanced weapons; violation of the six points established by the ceasefire agreement and of different norms of international law; intensification of the process of annexing the two militarised Georgian regions, as was the case in the Crimea. Furthermore, the implementation of an aggressive policy of ethnic discrimination and human rights violations is seriously affecting innocent civilians whose right to move, to use their mother tongue are denied the and who are victims of a process of "borderization", which divides communities and families, without any kind of legitimacy. This is an aberrant situation that cannot remain unpunished, says the president of the committee.

Aggressiveness in Russian foreign policy is nothing new, especially in this region which has already experienced the military operation that led to the illegal annexation of the Crimea in 2014. However, the reasons for this aggressiveness do not refer to the whims of its leader to achieve the expansion of its territory; the reason for this destabilizing impetus is deeper. Georgia is not only a key partner for the European Union and NATO, but also a country that started the adhesion process to become a member of these two organisations. The repercussions of such an initiative would seriously compromise Russian commercial, military, economic and geopolitical interests in the region. However, the two organisations do not consent the access to countries with open territorial disputes. In this way, the Russian Federation's strategy has concrete effects, preventing the expansion of Euro-Atlantic influence in the South Caucasus, and it can count on a strategic disorder from which it takes advantage.

Despite this unstable context, the direction promoted by Georgia towards peace, prosperity and the consolidation of democracy is remarkable. European standards of democratic governance have been achieved, implementing constitutional reforms in line with European Union member countries, especially with regard to elections. In this respect, the parliamentary elections established on the next 31st October will be a test bench. As raised by Marina Kaljurand MEP, chair of the Parliamentary delegation for relations with the South Caucasus (which has brilliantly coordinated the efforts to achieve a joint declaration with the external relations committee on non-recognition of the Russian occupation), the integrity of the incumbent electoral process, will mark an important peaceful counter-reaction to Russian aggression. Holding free and fair elections will determine the future of the country not only from political and economic point of view, but also for the resolution of the conflict since it will be the worst thing that Russia could wish for its region: the consolidation of an effective democracy.

In the final part of the event, many interesting questions were addressed to the guests. Among these, one in particular, formulated by moderator Heather A. Conley, a distinguished personality from the Center for Strategic & International Studies, referred to the way in which interest could be kept high on the national, international and interregional geopolitical agendas of the aberrant situation in which Georgia finds itself. The minister's response raised the need for the international community to put pressure on Russia. For him, the best diplomatic tool at his disposal is dialogue. In fact, it is outstanding the dedication and constancy through which Georgia seeks dialogue with the Russian Federation through the Geneva International Discussions, a forum instituted just after the war of 2008, fundamental for the achievement of a ceasefire; it  has contributed to the coordination of the two parties and the cessation, at least in part, of hostilities. The Geneva Talks are based on three main pillars: first, the implementation of the six points set out in the ceasefire agreement; secondly, the introduction of international security arrangements, such as a commitment to the non-use of force; and thirdly, the return of internationally displaced persons. As the minister points out, Russia has not made any progress on these three main dimensions of the Geneva Talks, putting at stake the entire job done so far by Georgians. For that reason, the role of the international community is fundamental in order to act as a deterrent to violence and hostilities towards Georgia promoted by Russians.

The conclusions that can be drawn from this webinar are several: firstly, the prioritisation of this issue in the different agendas is a duty for the European Union member countries, whose strength is also based on an Eastern Europe that is still in precarious conditions and destabilised by Russian aggressivity; secondly, it is important that the international community activates to put pressure on the Russian Federation. In this regard, initiatives such as the introduction of the former Soviet country into a sanctioning regime, such as that promoted by the European Union, are valid options for deterring Russia; and, finally, the importance use of joint declarations through which denounce the violations perpetrated by the Russians should not be underestimated. As MEP Marina Kaljurand said "not being able to change Russia does not mean we should do nothing".