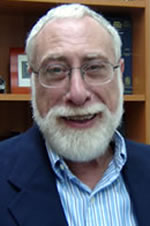 (Caracas).  There now reigns in Venezuela a climate of uncertainty over the future, of overwhelming anxiety, tension and concern.  After the past elections withheld on December 3rd, in which Chávez successfully maintained another mandate to govern for six more years, the road has been cleared so that the president can put his project of leading his country to the "21st Century Socialism" in motion.  A project that very few seem to understand, and that many cannot help but noting it's remarkable resemblance to 20th century socialism.

Chávez's announcements stated on the very first days of this year do not leave much room for any doubts: necessary electromagnetic space for one of the two opposing private television companies will not be conceded, the essential electric and telecommunication industries will be nationalized, together, and will grow as such until private Venezuelan businesses reduce their economic relevance until they become mere marginal businesses.  The constitution will be reformed soon, with the unrestricted support of parliament, to include amongst other things the possibility of unlimited presidential reelection and major changes to be applied to the territorial-political organization of the country in such manner, that Mayors and other states will lose complete autonomy and will be totally dependant of the central power.  There is also an education related law that makes incites many fears, due to the rigorous Estate control that is to be implemented in private schools as well.

Many wonder in Caracas whether Chávez will manage to fulfill of these plans, which would indeed provide him a truly dictatorial and absolute power, heading the country to a socialist path that in little time will resemble that of the Swedes and Norwegians, as well as alarming similarities with the path the Russian soviets took towards communism if not the path that the Cubans now tread under the power of the Castro brothers.  The most obvious answer is yes, Chávez does have the political resources and sufficient control over the estate as to impose all of the changes that he wishes, for he has more popular support that -even though it is not as high as National Electoral Council would hope- is at least enough to enable him to continue with his plans.

But the future, however, is not altogether clear.  The support Chávez is receiving depends in great measure of the impressive tokens that he bestows through the so-called "missions", to millions of Venezuelans that receive money directly from the Estate.  He does not give much to each and every one of them, of course, but for some it is enough to enough to live unemployed.  The government now spends less on the "petrol socialism", a strange system in which the income accumulated by crude oil has now converted into the principal support for the political dominion over the country.

But the principal oil prices, after last year's steep climb are now trying to descend, meanwhile the Estate expenses continue their constant ascent, due to the fact that Chávez must maintain his internal support and also his international support.  This has provoked a rise in the fiscal deficit as well as Venezuela's steadfast approximation towards one of those crises that we are quite familiar with in the country, striking repeatedly in 1983, 1989 and 1994.  This is because, in order for public expenses to be maintained in actual levels, the government would need a petroleum barrel price that exceeds 60 dollars and not 40 or 50 dollars (being the latter the most probable price in months to come).

What will Chávez do once he is unable to keep feeding those millions of beings dependent on petroleum originated income? How will the people respond when they see that what they receive is diminishing in value due to the well due inflation and the depreciation of currency? This scenario is to arrive sooner or later, and will eventually present the need to really define the course of the Bolivarian Revolution that supports Venezuela today.  If Chávez has managed to consolidate his dictatorial power by then, it is very possible that he could establish a similar regime that supports Cuba today, a totalitarian classical socialism (taking for granted that this has not occurred yet), or if public opinion turns decisively against him, it is possible that the onset of a new phase of conflicts of unprecedented magnitude should occur.

It is possible that, with his characteristic slyness, Chávez might halt his political projects by adopting one of the most conventional forms of populism, leaving the authoritarian socialism agenda in the back burner.  It is also possible that, confident in his prospects for victory, he should hurl one last offence move that might lead Venezuela directly to the road of violence.  Venezuela might end up resembling Castro's Cuba, Hussein's Iraq or even Perón's Argentina, depending on how he resolves this complex situation.  The truth is that, as one might comprehend, many motives give way to this uncertainty and generalized period of anxiety we all seem to live in today.