Dealing with the authoritarian resurgence 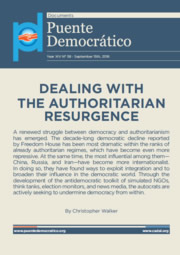 A renewed struggle between democracy and authoritarianism has emerged. The decade-long democratic decline reported by Freedom House has been most dramatic within the ranks of already authoritarian regimes, which have become even more repressive. At the same time, the most influential among them—China, Russia, and Iran—have become more internationalist. In doing so, they have found ways to exploit integration and to broaden their influence in the democratic world. Through the development of the antidemocratic toolkit of simulated NGOs, think tanks, election monitors, and news media, the autocrats are actively seeking to undermine democracy from within. 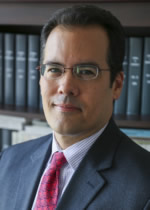