On June 30, Cuba's State Security Department led operations against journalists and activists, who were arrested on the street and held in their homes against their will. The Cuban government's violation of the rights of assembly, free expression and movement towards this group of people is part of the call issued by social networks to demonstrate on June 30 for the murder of Hansel Ernesto Hernández Galiano at hands of the National Revolutionary Police.

At least 132 people, including artists, journalists, and activists, were victims of arrests, restrictions on leaving their houses and internet service cuts when they participated in or reported on protests against police violence.

On June 30, Cuba's State Security Department led operations against artists, journalists and activists, who were arrested on the street and held in their homes against their will. Of these people, 48 were arrested and 84 were under arrest or surveillance. The reported interruption of mobile phone services was carried out by the communications company ETECSA.

The violation of this group of people’s rights to assembly, freedom of expression and of movement by the Cuban government happened in the context of a call spread on social media to protest on June 30th against the murder of Hansel Ernesto Hernandez Galiano, who was killed on June 24th in the township of Guanabacoa, Province of Havana, by forces of the National Revolutionary Police. Independent media on the island reported that the young man was shot in the back and that his body was cremated afterwards as a hygienic measure amid the covid-19 pandemic. It is not known if an autopsy was performed nor is there any knowledge of its results. [1]

Therefore, artists organized a peaceful protest in the Vedado area of Havana, to demonstrate against police violence, and to demand, among other things, a public trial and the punishment of the responsible officer, as well as the release of the country's political prisoners.

Nonetheless, measures like the ones taken by the Cuban government yesterday, an operation which had already been launched on 29 June in several provinces across the country, are due to a form of prior censorship in which the use of detention and restrictions on the freedom of movement, as well as the interference of the public cooperation ETECSA in the people’s access to communication services are means to prevent the exercise of the right to peaceful protest, journalism and free expression.

Regarding recent events, the Inter-American Commission on Human Rights’ report of 2019, “Situation of Human Rights in Cuba” [2], identified a pattern in the use of arbitrary arrests as a method of harassment by the police and State security agents. According to the IACHR, such detentions are intended to discourage the expression of views critical of the government, hinder the free expression of opinions and ideas, and impede the work of defense and promotion of fundamental rights.

On the other hand, concerning the freedom of movement, the IACHR has indicated how the restrictions on this right are intended to prevent human rights defenders from issuing and participating in critical statements or collective dissent within the country or abroad [3], as it occurred in the situation denounced, although it has been reported, as of the time of writing, all of those detained have been released.

As for the limitations to the right to free expression on the Internet achieved by cutting off the service, the IACHR has indicated that its selective nature is harmful as it contravenes the principle of universal access. Furthermore, the reasons for these restrictions directly confront pluralism and diversity, which are vital elements in the process of public deliberation and free expression that ought to prevail just as much in a digital environment. [4]

In the light of this situation, the undersigned organizations demand that the Cuban government allows peaceful protests to take place, refrains from continuing to harass and interfere in the communication of those who participate in or report on them, and releases without any charge or punishment all those who have been arrested. 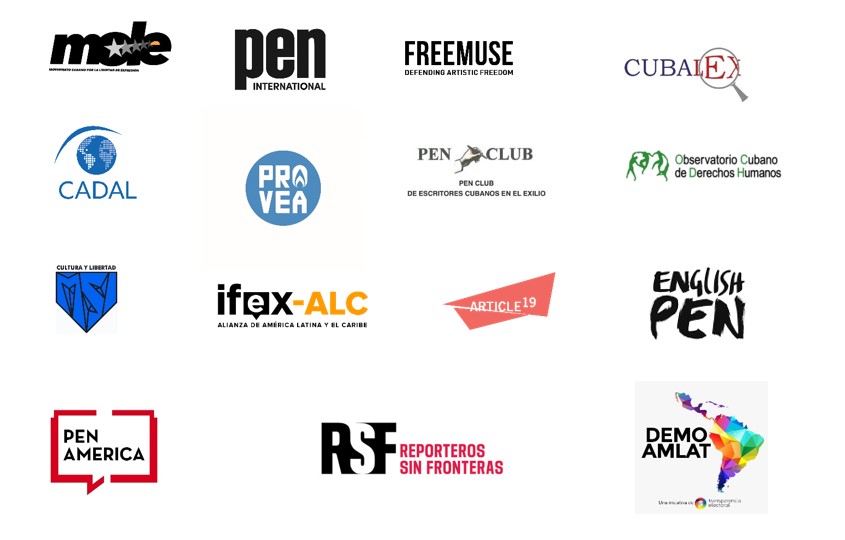