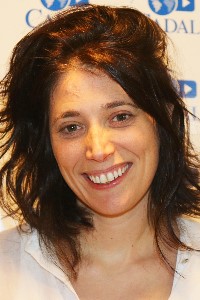 Fernández’s March 1 speech before the Legislative Assembly
March 10, 2020
(The Global Americans) The general formula of establishing good and strong institutions to serve the public are the inspiration of democratic norms. But there is still a long way ahead to discover what will work for Alberto Fernández and what shape his democratic policies will take.
By Sabrina Ajmechet
@ajmechet
Tweet

Juan Domingo Perón not only changed Argentine politics, but also left behind numerous phrases that many question if he truly said or not. One of them being: “For something not to work, there’s nothing better than forming a commission.”

On March 1, Argentine President Alberto Fernández took part in the official opening of the National Congress’s ordinary 2020 session. During his speech, Fernández sought to show himself as man of institutions, proposing to form an Economic and Social Council, create a new Federal Criminal Court, a National Council to manage Falkland Islands affairs, a public administration school, and a public policy evaluation program.

All of Fernández’s proposals serve great purposes. Who would oppose having a group of specialists to handle economic and social issues; or pass reforms to a federal justice system under criticism; or to manage directly the cause in favor of Argentina’s sovereignty over the Falkland islands; or to monitor and evaluate each ministry’s handling of government programs to better manage bureaucracy?

The presidential speech checked off all the expected elements from the list: a diagnosis of the challenges left behind by the previous government, an enumeration of the policies implemented in the new government’s first three months, and some concrete announcements and well-intentioned promises.

But the truth is that, despite what is expected during a speech before Congress—where the president gives an account of the legislative projects for the upcoming year—this time around, Fernández pronounced only empty declarations, some in the form of slogans.

While announcing these proposals, Fernández never stopped to provide a full explanation for how these organizations would work and what their specific objectives will be. Of greatest concern is his proposed federal justice reform; considering the number of open cases against officials of former President Cristina Fernández de Kirchner’s government and the stream of political prisoner releases that have been taking place since Fernández took office. How will the changes proposed by President Fernández affect this central issue? The answer is still unknown. The lack of information confirms the fact that the reforms were a ploy to gain time and distract from the truth: the government has no concrete plans.

This responds to the fact that Argentina’s main problem today is economic and the government is focusing mainly on the debt renegotiation process with the International Monetary Fund (IMF).When it came to address Argentina’s handling of the economy and debt, President Fernández was especially inaccurate. He spoke of economics from a political and moral standpoint, again pledged to prioritize the Argentine “pueblo,” and repeated promises he pronounced immediately after he assumed the presidency last December. There are still many questions left unanswered, and on top of that, lack of definition to address creditors’ concerns.

However, Fernández was absolutely clear when addressing abortion and reproductive rights. He assured the audience that the executive office would send a bill within the next ten days, seeking to legalize abortion—not just its decriminalization—that will be accompanied by a strengthening of sexual education programs to prevent unwanted pregnancies, and an economic support plan for children during their first 1000 days of life.

It’s also worth noting the political context in which this speech was pronounced. There is an open and aggressive power dispute within the government between supporters of Fernández and those who are loyal to Vice President Cristina Fernández de Kirchner. President Fernández is a skillful conversationalist and political negotiator, he’s dedicated his entire career to the craft, avoiding conflict ahead of time.

No one can be against “making justice work well.” But what does this mean exactly? How will Fernández treat the corruption cases opened during Cristina’s government? What position will he take in cases regarding those that some call “imprisoned politicians” and others “political prisoners?” The general formula of establishing good and strong institutions to serve the public are the inspiration of democratic norms. But there is still a long way ahead to discover what will work for Alberto Fernández and what shape his democratic policies will take.

Sabrina Ajmechet is the Director of the Academic Council at the Center for the Opening and Development of Latin America (CADAL).