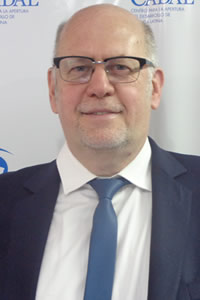 A Regional To Do List
June 28, 2012
While the developed countries struggle with serious debt crises (as in the case of Europe), stagnation (like Japan), or listless recuperation (the United States), the Latin American economies are alive and kicking. Yes, the region's growth will slow in 2012, but it will still be significant and above the global average. The region is reliving the 2008-2009 crisis, when the greater part of countries in the region endured the considerable slowdown in the world's economy in a more than satisfactory manner.
By Raúl Ferro
Tweet

While the developed countries struggle with serious debt crises (as in the case of Europe), stagnation (like Japan), or listless recuperation (the United States), the Latin American economies are alive and kicking. Yes, the region's growth will slow in 2012, but it will still be significant and above the global average. The region is reliving the 2008-2009 crisis, when the greater part of countries in the region endured the considerable slowdown in the world's economy in a more than satisfactory manner.

The reasons are known: China's leading role as a trade parter for Latin America and the decoupling from the developed economies that this entails, along with the region's wealth of natural resources and the growth of domestic consumption and the middle class. The mix of these and other ingredients have been a very effective tonic to thwart the effects of the global financial crisis.

Now, as we well know, Latin America is not a homogenous region. There are broad differences in the political vision of the region's states, and those differences are reflected in their respective economic performances. They are even more clearly reflected in the structural capacity each state is building in order to make sustainable a performance that is currently shored up by temporary factors.

Some of the most important of these factors are precisely those that have been used in the development of the ranking "Democracy, Market and Transparency". For this reason, it is no surprise that the highest positions in the ranking are occupied by those countries that show the most solid perspectives, those which have taken their processes of reform and global integration most seriously.

Chile and Uruguay lead CADAL's regional ranking. The former pioneered reform in Latin America and is the country with the strongest institutions, having evolved from a right-wing military dictatorship to a consolidated market democracy under the guidance of successive centre-left governments. Chile's market democracy has been confirmed under the current centre-right government, even as it faces strong protests from a society that, over the last two decades, has passed from low- to middle-income. Democracy, uncomfortable and contradictory as it may be, works as a safety valve, allowing conflicts of interest provoked by economic development to be constructively dealt with and ensuring this economic development is accompanied by social development.

Uruguay, for its part, is good example of leftist governments that understand the effectiveness of a market economy combined with public policies to shore up development. These governmenmts were inspired by the Chilean model and especially by the reformist Brazilian model assumed first by the government of Fernando Henrique Cardoso and later consolidated by the Workers' Party (PT) of Lula da Silva and current president Dilma Rousseff. And, like Chile, Uruguay stands out in Latin America for its relatively solid institutional structure.

Chile and Uruguay are found amongst the first 25 countries in the ranking, followed by Costa Rica in 39th place. But none of the remaining Latin American countries appear in the top 50.

This includes those countries that are in fashion amongst investors, such as Brazil, Colombia, Peru and Panama, stars that are harvesting the fruits of recent decades of reform but that still have a lot of work to do to ensure the economic prosperity they are enjoying today is sustainable over time. These pending tasks are reflected in the positions they occupy in the ranking.

In Brazil's case, the challenges are great. The country needs to slim a state whose costs today represent more than a third of the country's gross domestic product and are concentrated mostly in the payment of salaries and transfers, and to organize its tax system, which today represents a tax burden of 34.3%, according to Heritage Foundation. It is also necessary to improve the judicial system and continue the fight against corruption, a task the current president has taken on.

Beyond assuring the sustainability of their economic performance, the most prosperous Latin American countries need to fine-tune public policies that allow the translation of economic growth into greater social wellbeing. The case of Chile is emblematic. This is the country that is positioned highest in the rankings of competitiveness and business climate and that has shown most social progress. Nevertheless, the Chilean people clearly demonstrated their disapproval during 2011, with student protests that were supported by a good part of the citizenry. The protests highlighted one of the weakest points of the successful Chilean model: the high cost of education and the regressive social effects of the current educational system.

Similarly, it is noteable that among those with the best performance in the Human Development index are such countries as Venezuela, Cuba or Argentina, which do not provide very attractive business climates and where the quality of democracy is low (or non-existent, in the case of Cuba).

Does this mean that democracy and free markets go against social development? Absolutely not. In fact, Chile is the Latin American country best ranked in the Human Development index, while Uruguay is in third place. But the fact that the emerging economic stars of the region find themselves towards the middle of the ranking is a clear call to attention in terms of pending tasks. As well as facilitating business and stimulating economic growth, the Latin American countries must design and apply public policies that facilitate social inclusion in order to fortify and improve the quality of their democracies.

For this, institutional development is key. It is no coincidence that both Chile and Uruguay should be, as we mentioned above, the two Latin American countries with the highest quality institutions.