As part of the 23rd edition of the Forum 2000 in Czech Republic, CADAL presented the Award to Committed Diplomacy in Cuba 2016-2018 to Filip Vurm. The Czech diplomat, whose work was recognized by Cuban democratic activists, served between 2014 and 2018 at his country's Embassy in Havana.

Since 2003, the Award to Committed Diplomacy in Cuba stresses the solidarity work of foreign diplomats who served on the island, providing recognition, support and protection to people who peacefully act defending human rights and promote political pluralism. In its sixth edition, a Czech diplomat was awarded for the third time. 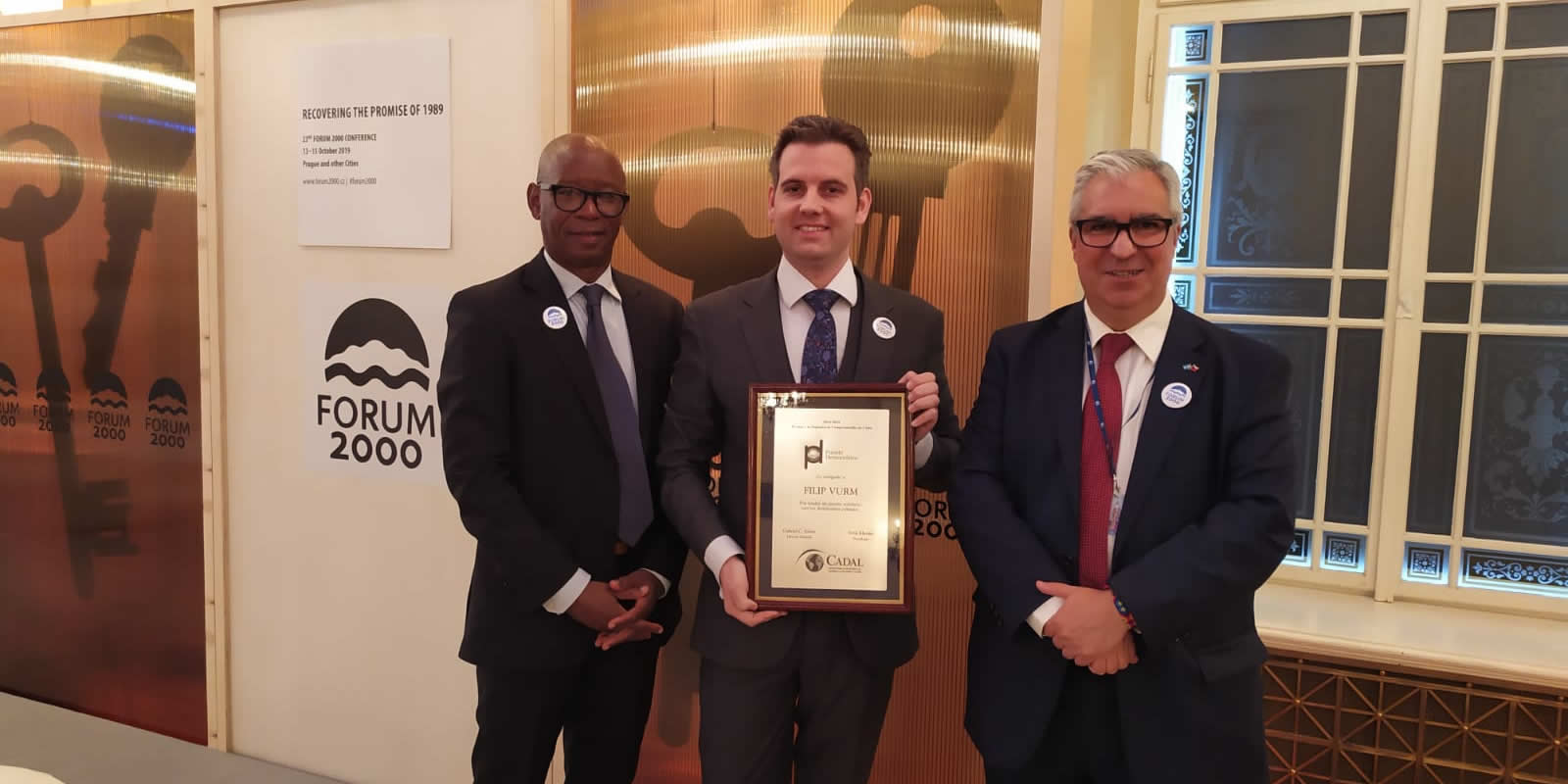 The delivery of the platelet to Filip Vurm, made at the Zofín Palace in Prague, was carried out by the Cuban historian and political activist Manuel Cuesta Morúa, Ion Ratiu Award 2016. Previously, Gabriel Salvia, General Director of CADAL, referred to the basics and background of the Award, and how it is implemented in the island.