Within the framework of its 17° anniversary, the Center for the Opening and Development of Latin America (CADAL) organized a conference at the Feir’s Park Hotel, in Buenos Aires. Among the exhibitors of the event were José Miguel Vivanco, Director of Human Rights Watch's Americas división; Laritza Diversent, Cubalex’s Executive Director; Marino Alvarado Betancourt, PROVEA’s Research Coordinator, and Natalie Southwick, CPJ's South and Central Americas Program Coordinator. Sabrina Ajmechet, CADAL’s Academic Council Director, was the chairperson, while Brian Schapira, CADAL’s Institutional Relations Director, was in charge of the opening.

Diana Arévalo, CADAL Executive Coordinator, spoke during the opening of the conference.

José Miguel Vivanco, Director of Human Rights Watch's Americas division, is a general expert on Latin America. Before joining Human Rights Watch, Vivanco worked as an attorney for the Inter-American Commission on Human Rights at the Organization of American States (OAS).  In 1990, he founded the Center for Justice and International Law, an NGO that files complaints before international human rights bodies. Vivanco has also been an adjunct professor of law at Georgetown University Law Center and the School of Advanced International Studies at John Hopkins University. He has published articles in leading Latin American newspapers and is interviewed regularly for television news. A Chilean, Vivanco studied law at the University of Chile and Salamanca Law School, in Spain, and holds an LL.M. from Harvard Law School.

Natalie Southwick is Committee to Protect Journalists' South and Central Americas Program Coordinator since 2018. She joined CPJ as its Americas Research Associate in 2017. Prior to joining CPJ, she was based in Bogotá, Colombia, where she was a member of Witness for Peace's international accompaniment team, a reporting specialist with ACDI/VOCA's Afro-Colombian and Indigenous program, and the editor of a website focused on Latin American news. Southwick’s work has appeared in the Boston Globe, the Chicago Reporter, InSight Crime, RioOnWatch, among others. She has a master's degree in International Human Rights from the University of Denver's Korbel School of International Studies and a bachelor's degree in Journalism from the Medill School of Journalism at Northwestern University. She has lived in Colombia, Argentina and Brazil. 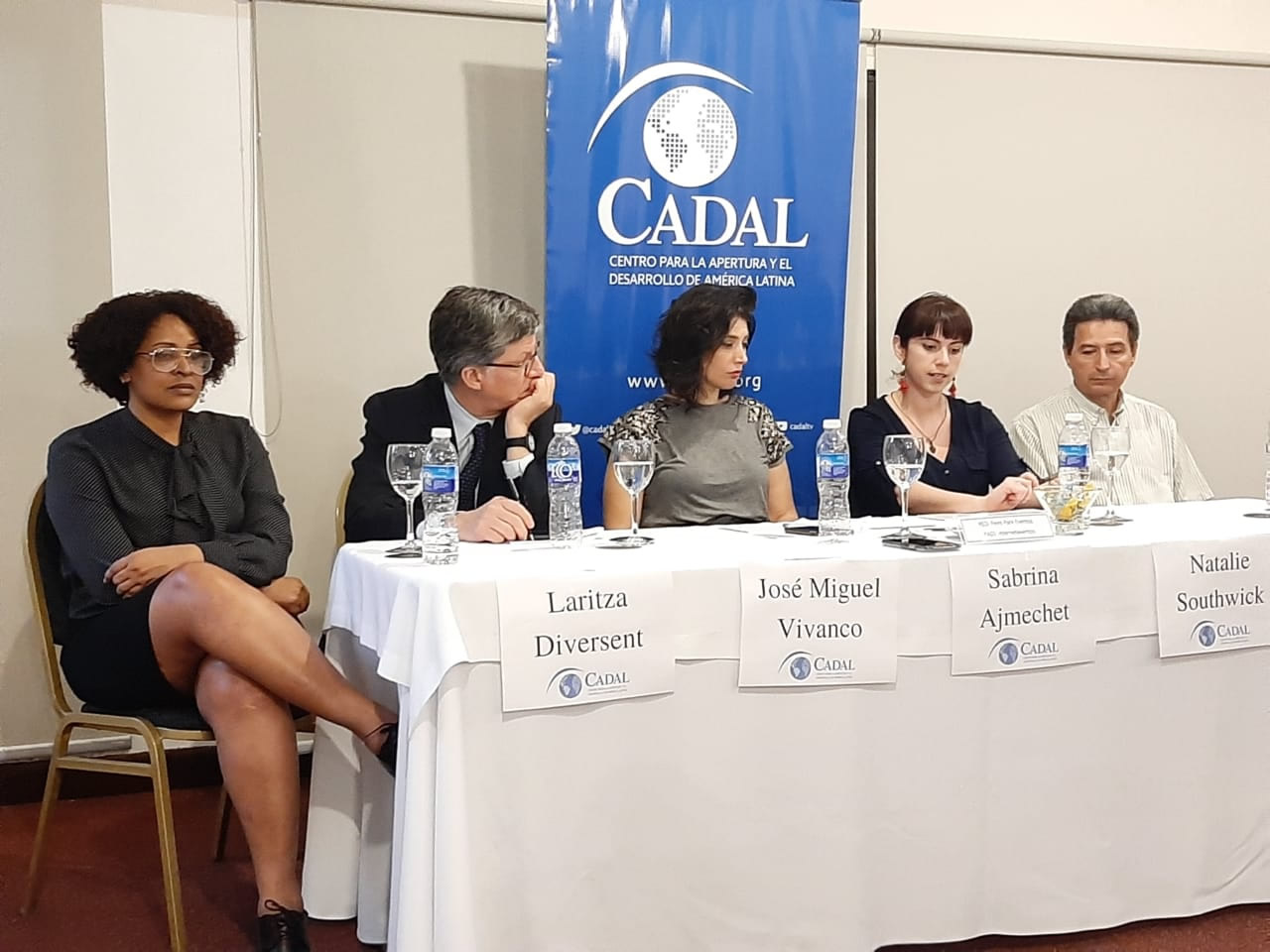 Marino Alvarado Betancourt is PROVEA’s Research Coordinator. He is a lawyer and PROVEA’s former General Coordinator. At present, he is also a member of the advisory council at that organization. He worked for Amnesty International. In 2015 he was awarded the Embassy of Canada Human Rights Award. Furthermore, Alvarado is a columnist in various national newspapers.

Laritza Diversent is Cubalex’s Executive Director. She is a lawyer graduated from Universidad de la Habana. She has a master’s degree in Human Rights and in International Humanitarian Law from the American University Washington College of Law. She has studies in Leadership and Online Research Techniques, endorsed by the University of Texas at El Paso. She founded Cubalex and was in charge of its General Direction during the six years it could operate in Cuba. Diversent was repressed and harassed by the military dictatorial government that rules the Island. At present, she lives in political asylum in the United States.