Latin America before the renewal of the Human Rights Council

In October the UN General Assembly will vote to renew one third of the membership of the Human Rights Council. The Latin America and Caribbean Group has eight seats, and will renew three of them. Cuba announced its candidacy, and is going for its fifth term. The complete virtual conference broadcasted by Zoom, including all the exhibitions and a later instance dedicated to questions and answers, is available on CADAL TV, at YouTube. 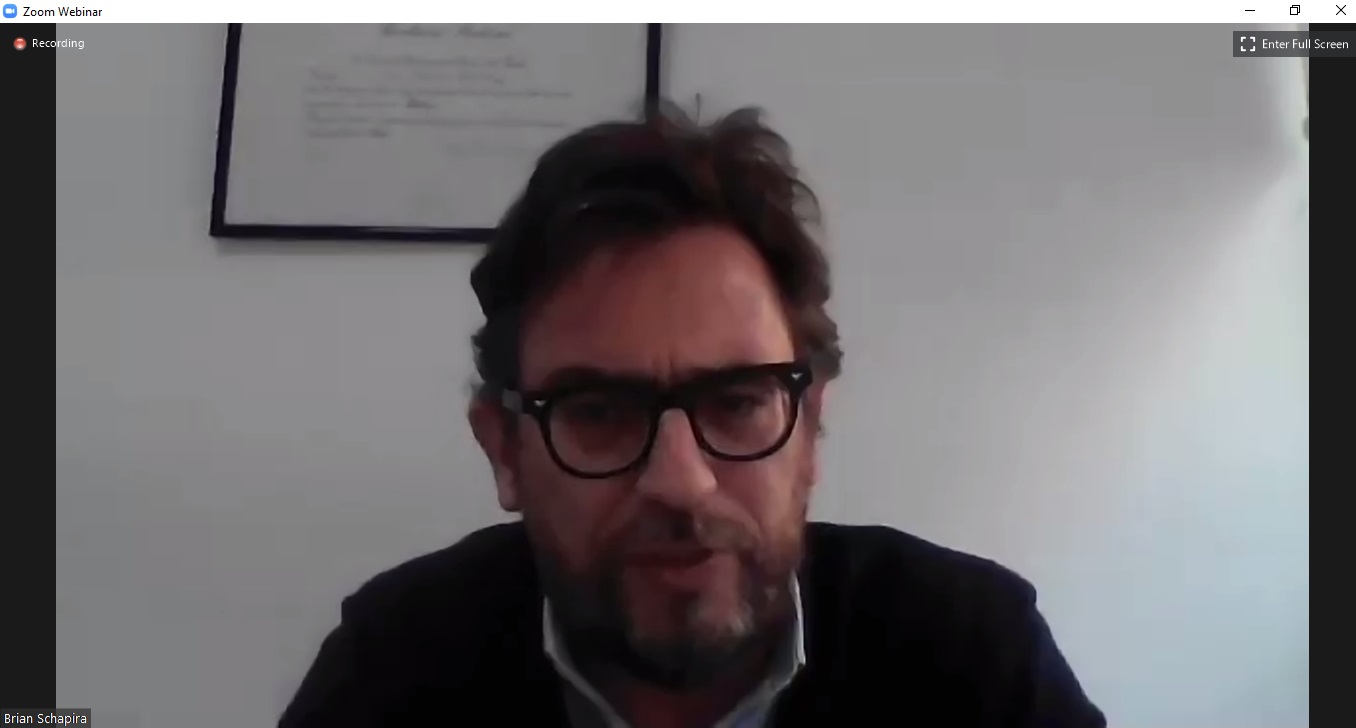 The first speaker was Brian Schapira, who served between 2016 and 2019 as Undersecretary of Protection and International Liaison on Human Rights of the Argentine Republic. Schapira questioned Cuba's candidacy to the HRC. He took up again his recent report La falta de compromiso de Cuba con el sistema universal de derechos humanos, made for CADAL together with lawyer Roxana Perel. His presentation was based on rejecting Cuba's candidacy taking into account that this country did not ratify two of the most important treaties: the one on Civil and Political Rights and the one on Economic, Social and Cultural Rights. It is not appropriate for a country that avoids periodic controls and does not issue open and permanent invitations to the special procedures to be part of the Council, he said. 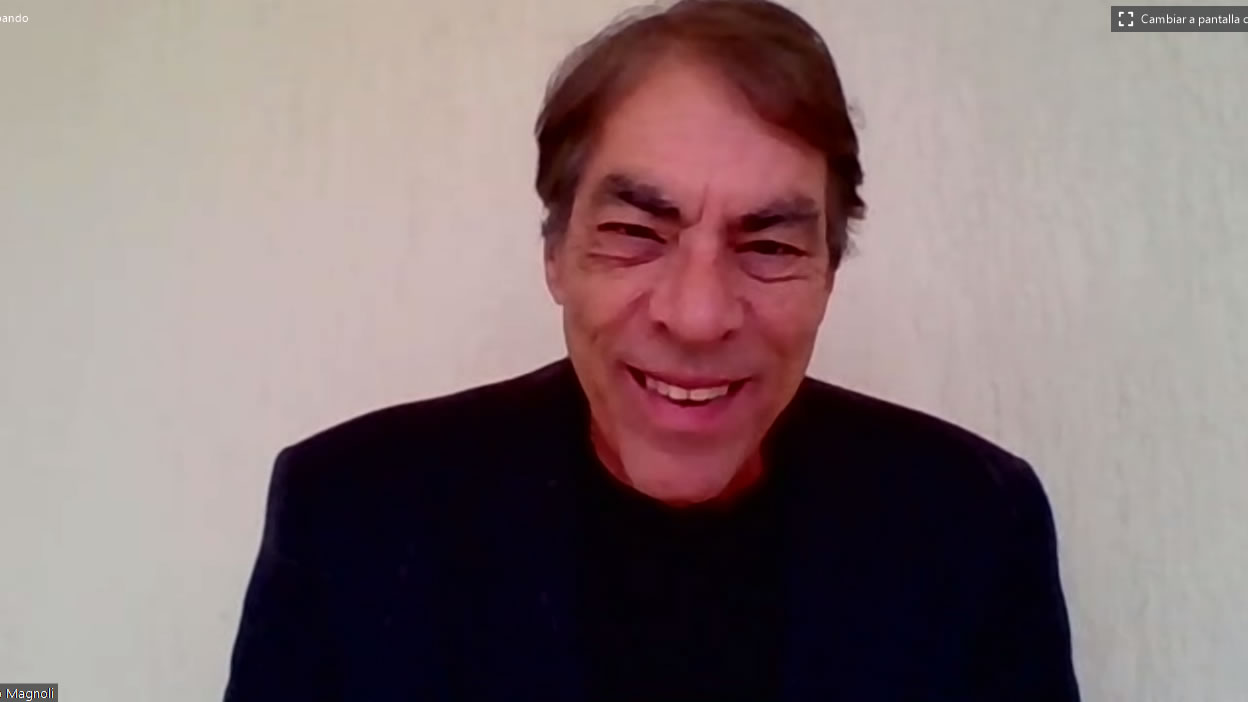 He was followed by Brazilian Demetrio Magnoli, sociologist, journalist and writer. Magnoli stressed that in the current foreign policy of the Brazilian government the issue of human rights has no intrinsic relevance. On the contrary, he stated that the nationalist and right-wing government of Jair Bolsonaro takes the issue as one among many others, as a tool for an ideological foreign policy. 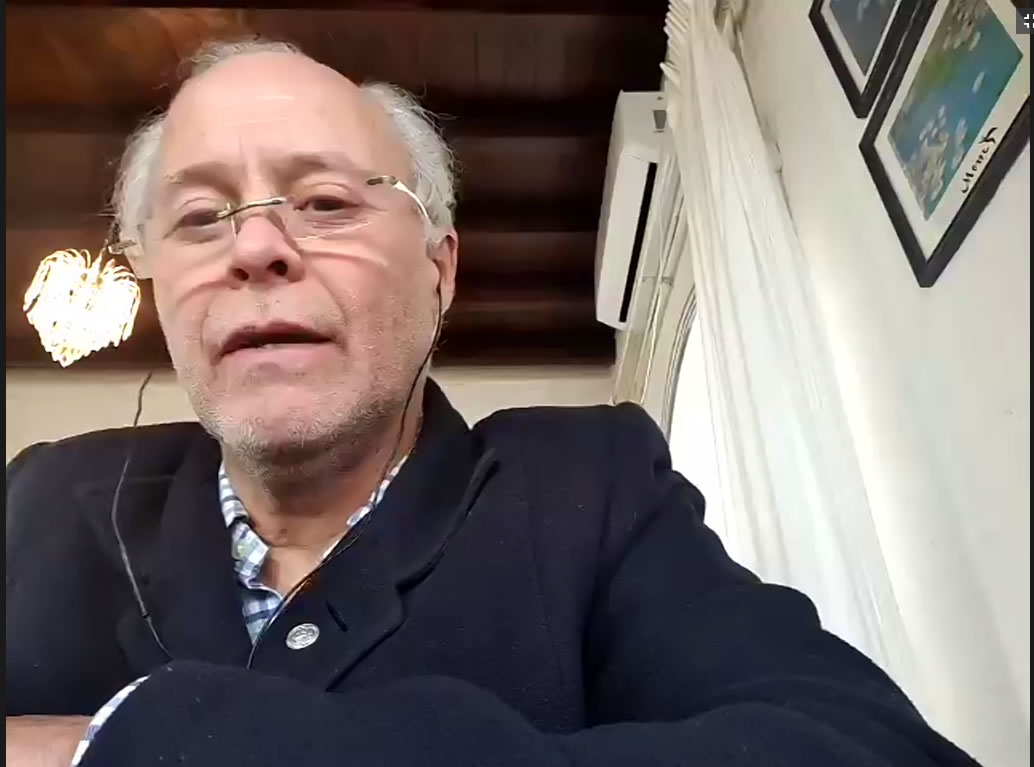 The third speaker was Pablo Iturralde, an Uruguayan lawyer and politician, former deputy and current president of the National Party of Uruguay. Iturralde spoke on behalf of his party and stressed that there must be a commitment from the international community so that the world's bureaucracies do not co-opt decision-making mechanisms and ultimately make a mockery of what is happening with the HRC. Iturralde warned that the presence of countries like Cuba and Venezuela in the HRC is an affront to human rights. 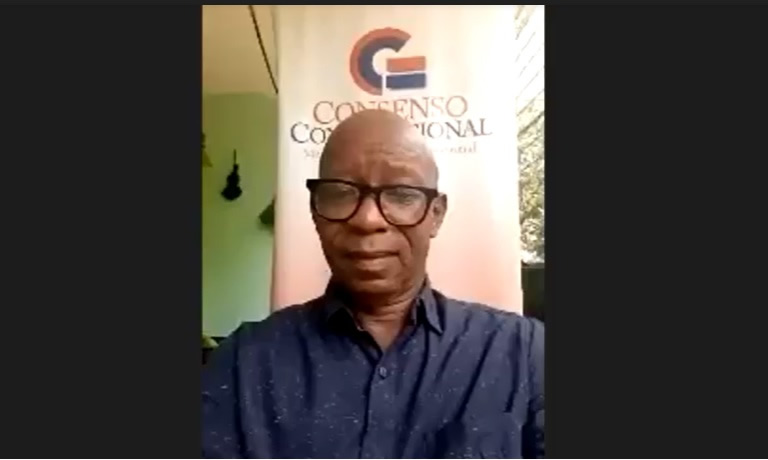 The meeting continued with the presentation of Manuel Cuesta Morúa, Cuban historian, spokesman for the Arco Progresista (in English, Progressive Arch) in Cuba and winner of the 2016 Ion Ratiu Democracy Award, granted by the Woodrow Wilson Center. Cuesta Morúa denounced the existence of an alliance between dictatorships to control the HRC. From this point of view, he stated that the agenda of Cuban civil society consists of trying to get Latin America to assume a key role in understanding that improvements in human rights in Cuba mean an improvement for the region and on a global scale too. Cuesta Morúa stated that the human rights situation on the Island continues to be abysmal: the violation of economic, social, cultural, political and civil rights is a daily reality for Cubans. The activist stressed that a country that acts like this does not deserve to be seated at the HRC. Although he acknowledged that preventing Cuba from occupying that place is an unrealistic goal, he stated that working on its rejection opens the way to other more strategic goals. He proposed thinking about a reformulation of the HRC that would enable civil society to have a systematic, articulated and structured voice on a permanent basis, making the body a place for victims and not for perpetrators. 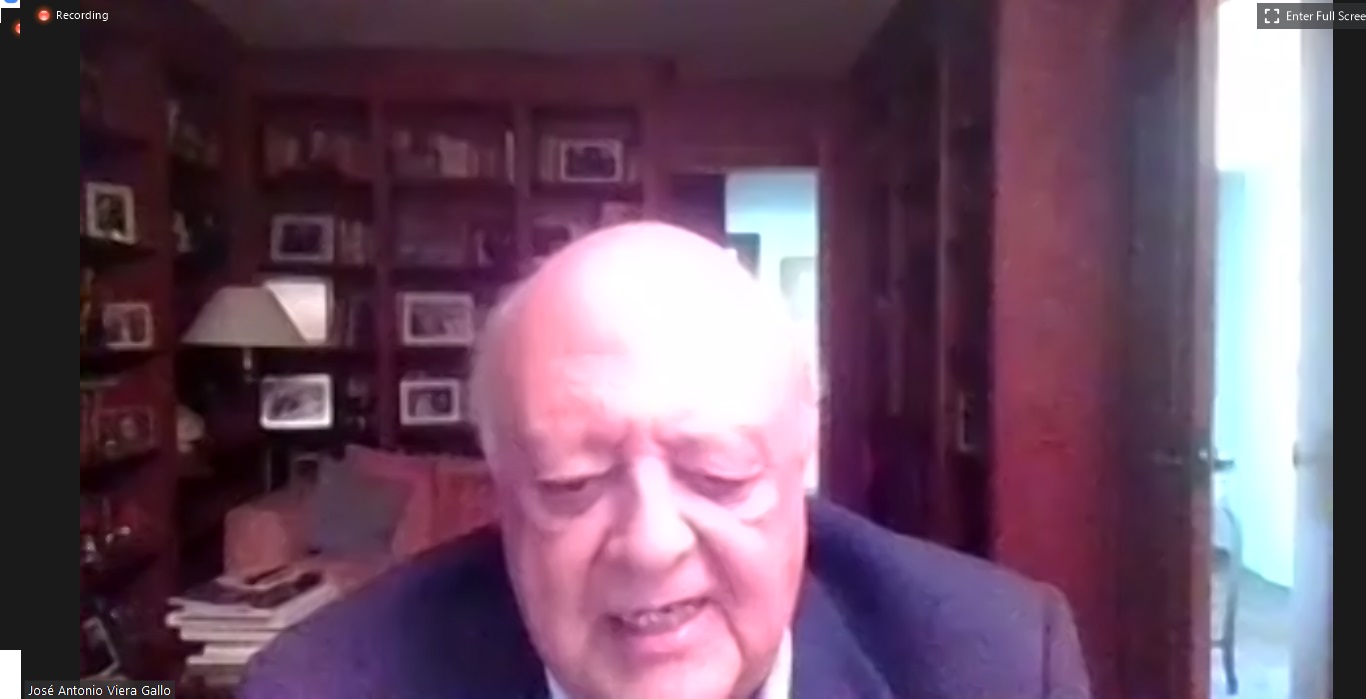 José Antonio Viera-Gallo, a Chilean lawyer, politician and diplomat who was minister-secretary general of Michelle Bachelet's first government and ambassador to Argentina between 2015 and 2018, continued. His first analysis was that human rights are not a priority in Chile today. He also pointed out that, conspicuously, governments that do not respect human rights, such as Cuba and Venezuela, have not yet been classified as "pariah governments", that is, they do not receive from the international community as a whole great demands in terms of freedoms. Viera-Gallo defined Chile's current foreign policy as hesitant. In line with Cuesta Morúa, he said that although the government's presence in the body is decisive, the need for more active participation by civil society is becoming increasingly evident. 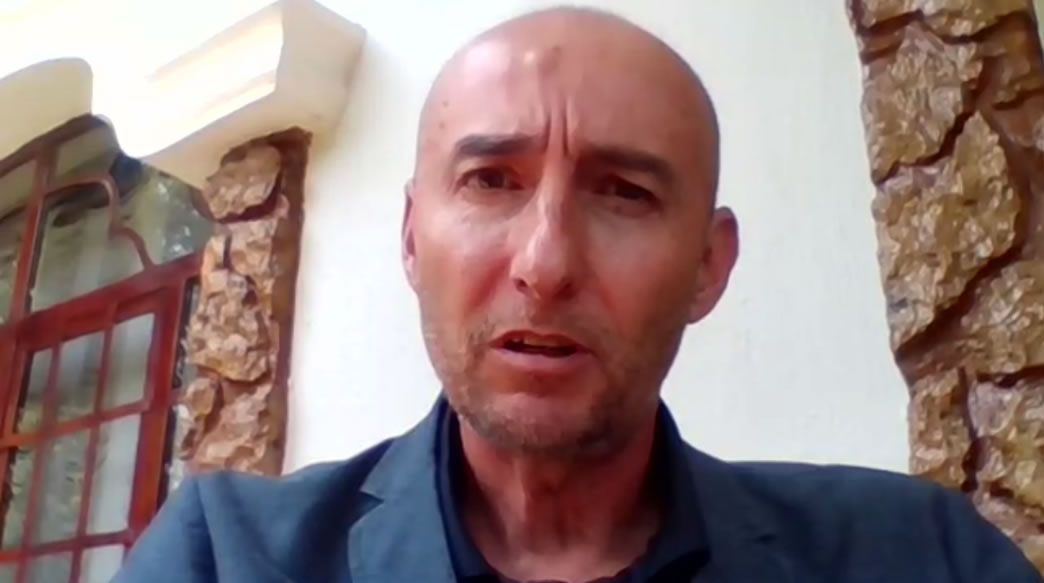 Alejandro Anaya Muñoz, a Mexican internationalist, human rights expert and professor at the Instituto Tecnológico y de Estudios Superiores de Occidente (ITESO), stressed that Mexico has been a member of the HRC for twelve years, between periods and breaks. And he stressed that, even when it was not a party, the country has had an active observer role, particularly with regard to the Universal Periodic Review (UPR). He expressed that Mexico will always seek to be present as the "good guy", even though it is going through a long and severe crisis of violations of the right to physical integrity in terms of murders, torture and disappearances of people. Anaya noted that violations in Mexico are different from those in Cuba and Venezuela, but he labeled the country as "a lamp in the street and darkness in the house", with a record of violations that is far from exemplary and with a foreign policy guided by the interests of the global powerhouse. 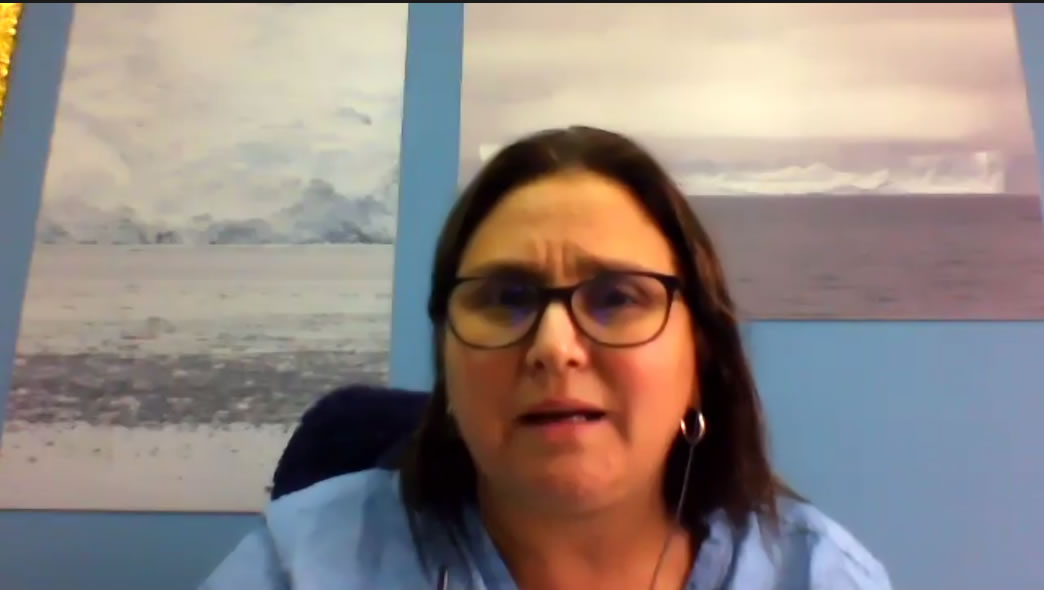 Then it was the turn of Marisol Pérez Tello, a Peruvian lawyer and politician, who served as Peru's minister of Justice and Human Rights from 2016 to 2017. The first thing she said, also in tune with Cuesta Morúa's contribution, was that human rights were born to defend victims and generate a balance, and that has been lost sight of. She analyzed that the transition from the then Commission on Human Rights to the Council sought to end the permanent fight between Cuba and USA to establish criteria included in the UPR. She stated that if the last UPR is reviewed, it can be detected that Cuba does not have the conditions or the minimum characteristics that would enable it to participate in the HRC. 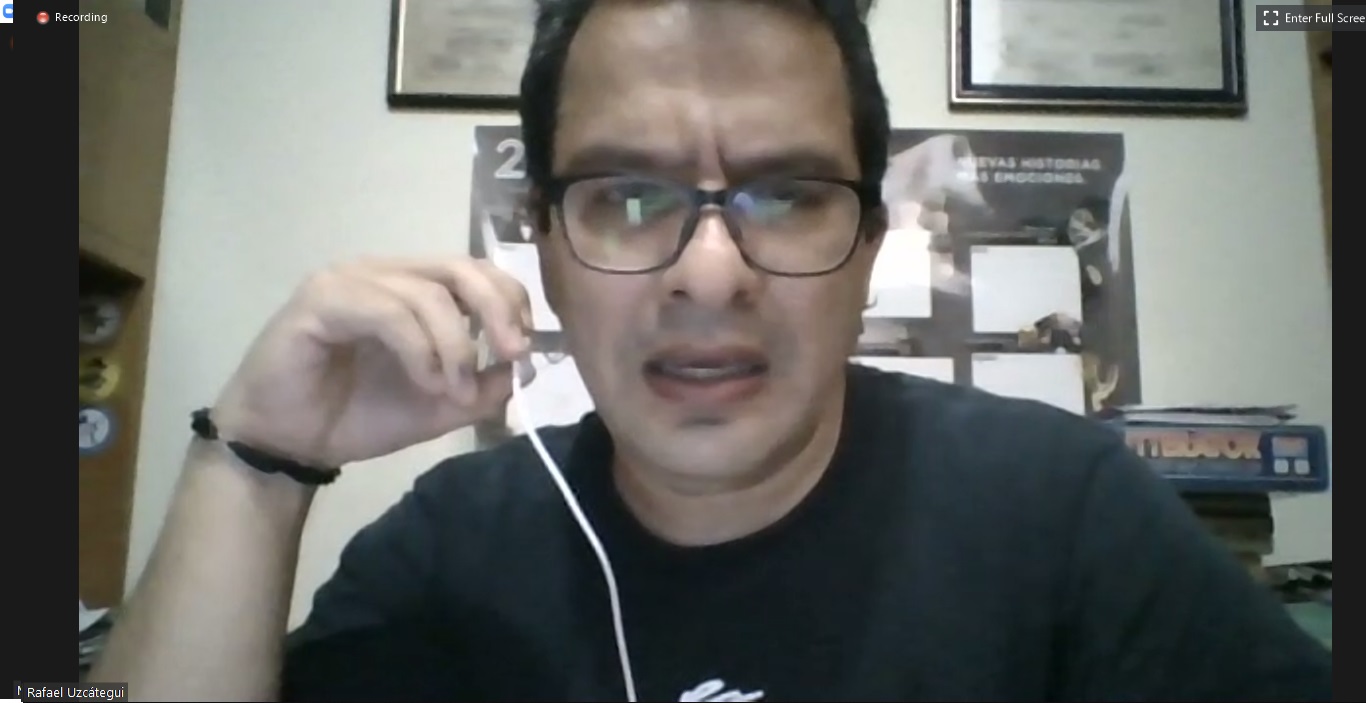 Finally, Rafael Uzcátegui, a Venezuelan sociologist and general coordinator of the Venezuelan Program for Education and Action on Human Rights (PROVEA), spoke. He assured that any criticism of these organizations by civil society must be made from "within". And he recalled the opportunity in which Hugo Chávez tried to create a parallel institutionality, supposedly protective of human rights, to try to weaken the regional system of protection. 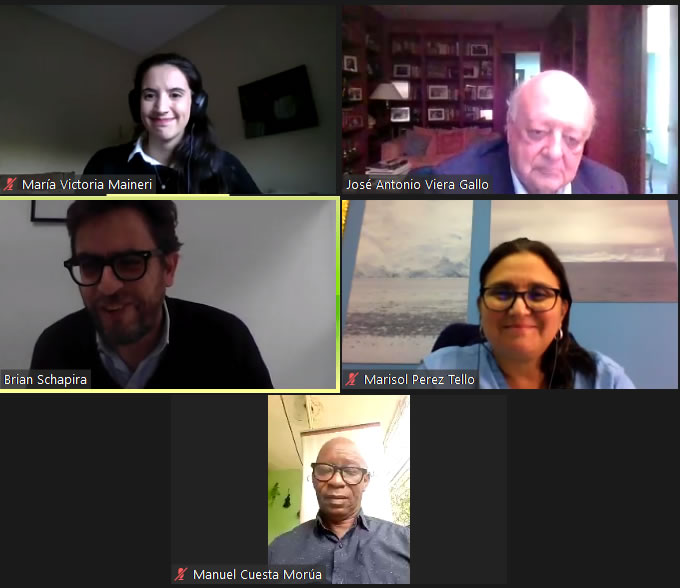 At the end of the meeting, Schapira suggested raising the standards for a State to be able to join the HRC. He included the signing of all major treaties and additional protocols, and the open and permanent invitation to the special procedures -as a complement to pressure and signal to countries that do not respect human rights-. Another proposal he made was for civil society to urge governments to be diplomatic and committed to human rights and international democratic solidarity, and to make their votes at the HRC public, stating which country they are voting for and why.