Kirchner Administration and the state of democracy in Latin America

With the participation of six analysts, CADAL organized a meeting of Latin American Forum of Buenos Aires at Universidad del CEMA to reflex about “The results of a decade of public administration in Argentina” and “The state of the democracy in Argentina and Latin America”

With the participation of six analysts, CADAL organized a meeting of Latin American Forum of Buenos Aires at Universidad del CEMA to reflex about “The results of a decade of public administration in Argentina” and “The state of the democracy in Argentina and Latin America” 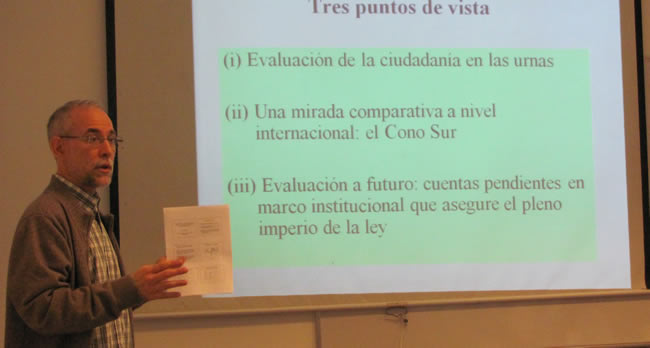 The Argentine economic policy between 2003 and 2013 was analyzed by Jorge Streb, professor of the University of CEMA. Streb has a degree in Economy (Universidad de Buenos Aires), he has a Ph.D in Economy (U.C Berkeley), and he is Director of investigation and Professor of Economy and Politic Sciences at the University of CEMA. Professor Streb is co-editor from the Journal of Applied Economics and his areas of investigation are the economic policy and the theory of information. He has published academic articles in Economy- Journal of the LACEA, Public Choice, Kyklos, Economic Studies, Economics & Politics, Journal of Public Economic Theory, Journal of International Economics, Journal of Development Economics and Economic and Social Development. 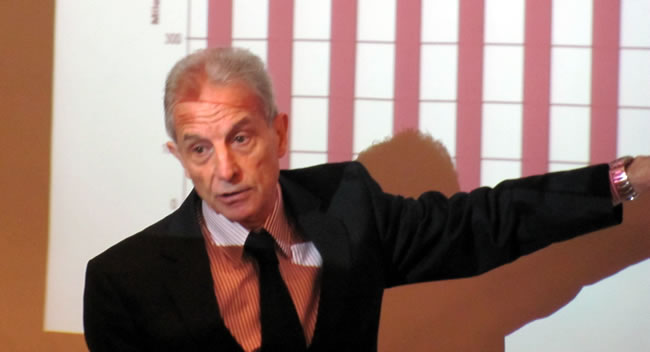 Afterwards, Horacio Fernandez exposed about Argentine energy policy in the last decade. Fernandez is lawyer and Master Comparative Law. He worked in Argentina as director of legal and public affairs for Occidental Petroleum, Shell CA PSA and Total Austral. He was part of the directive commissions of the Argentine Institute of Oil and Gas, House of Petroleum Industry, the Chamber of Hydrocarbons Producers and the Union Industrial Argentina. He is Professor of postgrade in Economics of Oil and Gas of the ITBA. He is Secretary of the Argentine Committee of World Energy Council and Coordinator of the Business Council of CADAL. 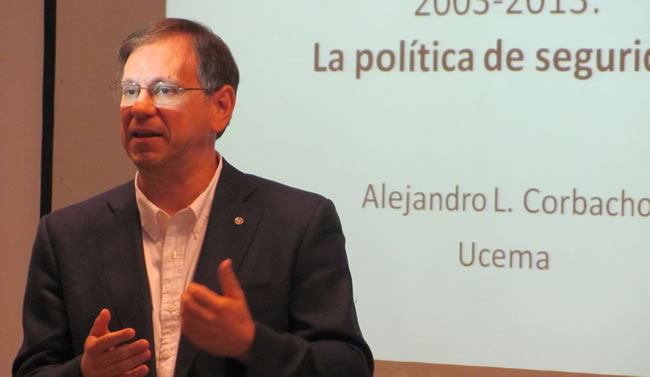 The end of the first panel, moderated by Tristán Rodríguez Loredo, was made by Alejandro Corbacho, professor at the University of CEMA, who talked about the security policy and defense during Kirchnerismo. Alejandro L. Corbacho obtained a Ph.D. in Political Sciences, University of Connecticut, a Master of Arts in Political Sciences and Certificate of Latin American Studies, University of North Carolina at Chapel Hill, has a degree in Political Sciences, Universidad del Salvador (Buenos Aires). He is specialized in international relations, comparative political analysis, international security and defense, diplomatic and military history. He was a Fulbright Scholar, Ford and CONICET. He is a member of the Advisory Council of the Center for Latin American and Caribbean Studies (CLACS), University of Connecticut, USA and a member of the Advisory Council of the Foundation TAEDA, Argentina.

Carlos Gervasoni is Professor in the Department of Political Science and International Studies at Universidad Torcuato Di Tella. He earned a master's degree in political science at the Stanford University, and a doctorate at the University of Notre Dame. He specializes in studies of democracy, provincial politics, public opinion and research methodology. His articles have appeared in Latin America Today, Comparative Political Studies, Democratization, Journal of Democracy in Spanish, Journal of Politics in Latin America, and World Politics. It is one of the founding members of CADAL, its first president and currently a member of the Academic Council of the institution.

Fernando J. Ruiz is Professor of Journalism and Democracy Seminar and of History and Culture of the Communication at the Faculty of Communication at the Austral University. He is Ph.D. in Public Communication from the University of Navarra and a BA in Political Science from the Catholic University of Argentina (UCA). He is the author of the books "Words are actions: professional and political history of the newspaper ‘La Opinion’ of Jacobo Timerman, 1971-1977", "Another crack in the wall: report and testimony of the new Cuban press" and "The Lord of the markets. Financial Field, the City and the power of economic journalism. " 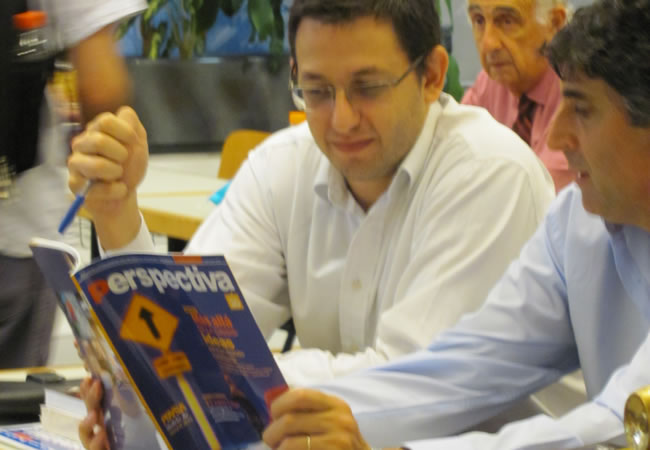 Forum participants received a copy of the latest edition of Perspective Magazine.