The book: «Diplomacy and Human Rights in Cuba» was presented in Montevideo

The presentation took place at the auditorium of Seminario Búsqueda, it was led by Gabriel A. Salvia, compiler of the book, and it included comments by journalist Tomás Linn and political scientist Romeo Pérez Antón. 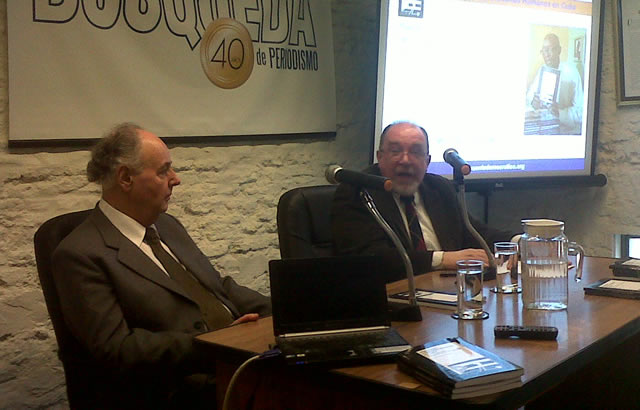 The presentation took place at the auditorium of Seminario Búsqueda, it was led by Gabriel A. Salvia, compiler of the book, and it included comments by journalist Tomás Linn and political scientist Romeo Pérez Antón. 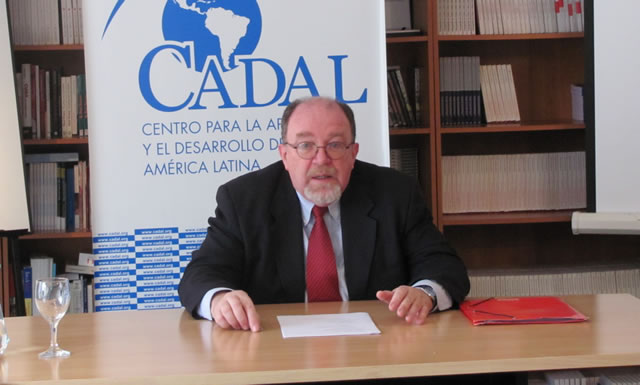 Tomás Linn is columnist of the Uruguayan weekly "Búsqueda" since 1989, and a professor of Journalism at the Universidad Católica de Uruguay. He started his career in El Diario de Montevideo in 1974. Tomás worked in radio, television and for a brief period in Agencia Reuters. He was secretary editor of weeklies Opción and Aquí in the 80s. He has a Degree in Communications from Universidad Católica del Uruguay and he was Humphrey Fellow at University of Maryland (College Park) between 1995 and 1996. He is author of six books, the most recent one being "¿Una Especie en Extinción? Los periodistas y su crisis, como afecta ella la calidad de la democracia y los valores que deben permanecer". 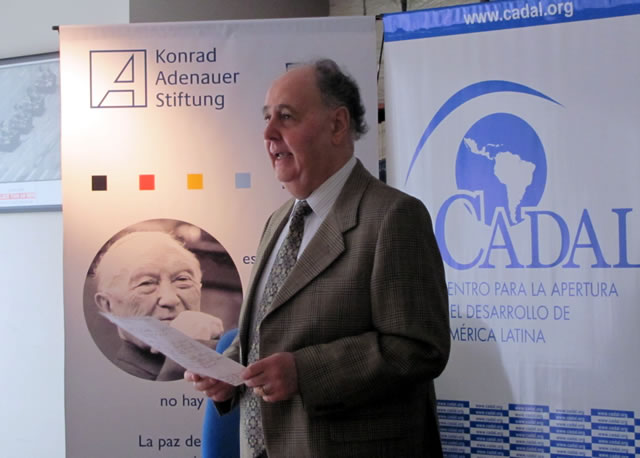 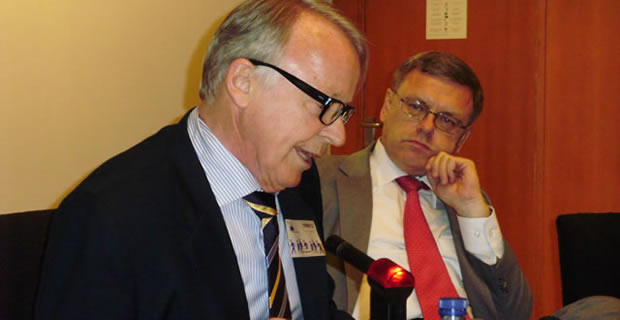 The book: "Diplomacy and Human Rights in Cuba: From the Black Spring to the liberation of political prisioners", has been published by the Representation in Mexico of the Konrad Adenauer Foundation and CADAL, it includes the testimonies of two diplomats who met functions in Habana ( a Swedish and a Latin American), an interview to Jorge Edwards, the chapter on Cuba of the Diplomats Handbook by Community of Democracies and more. The book has a foreword by Jorge Elías, journalist and analyst of international politics, he has as backgrounds the cases of committed diplomacy during dictatorships of the Southern Cone and an award that CADAL awarded to diplomats in two opportunities who stepped out between 2003 and 2010 for their Humanitarian work in Cuba. "Diplomacia y Derechos Humanos en Cuba: de la Primavera Negra a la liberación de los presos políticos" had already been presented in Mexico, Lima, Santiago de Chila, Washington D.C. and Buenos Aires. Meanwhile, the English edition is published with the support of the Christian Democratic International Center of Sweden and it was presented in Brussels and Berlin.