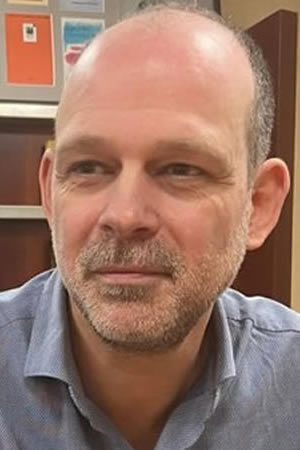 Juan Pablo Cardenal
Research Associate
Writer, journalist. Foreign correspondent in China for various Spanish newspapers between 2003 and 2014, focusing on China’s international expansion since 2009. Since then, he has done research on the consequences of China’s investments, infrastructure and loans in 40 different countries from 4 continents. The research resulted in books he co-authored, among them “La silenciosa conquista China” (2011) and “La imparable conquista de China” (2015), which were translated to 12 languages. Since 2016, he has directed research projects oriented to understanding China’s soft power and Beijing’s strategy to achieve political influence in Latin America. He has been a speaker in various international conferences and has published articles in El País, El Mundo, Clarín, The New York Times, Project Syndicate and the South China Morning Post. His last book is “La telaraña” (2020), on the internacional thread of political crisis in Catalunia.
Juan Pablo Cardenal's publications
Articles | Artículos | Books | ebooks | Informes | Libros | Research Reports


11/5/2020 | Research Reports
Chinese propaganda for a post-Covid-10 scenario
With more than 280,000 official deaths and a large recession looming, the world is tragically suffering the health and economic consequences of Covid-19. In this context, voices from abroad pointing to China’s alleged responsibility for trying to cover up the disease and therefore, for having contributed significantly to the global spread of the pandemic, are multiplying. To neutralise criticism and deflect its responsibility, Beijing has launched a propaganda offensive to position China not as the authoritarian country where the pandemic was incubated, but as an effective, responsible and generous international leader. Amid Beijing’s politicisation of aid provided to affected countries, the crisis has also shone light on China’s over-reliance on certain strategic sectors. Questioning China’s role in globalisation should be one of the lessons of Covid-19.