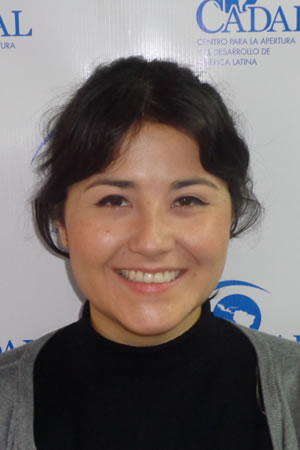 Artistic Freedom Around the World

In the specific case of Cuba, the report questions the fact that artistic freedom on the island is subject to the aims of the Revolution and everything that is not framed within this premise is censored and repressed.

On March 15, the Danish organization FreeMuse launched their annual report entitled, “The State of Artistic Freedom” which monitors, documents and examines 533 cases of violations of artistic freedom and creativity in 78 countries. This report aims to provide information and analysis on the current situation in the field of freedom of artistic and cultural expression.

The investigations, combined with an analysis of the legal, political and social developments in each country, provide a clear picture of the motivations and underlying reasons behind the violations. In 2017, on average, every week a person was prosecuted for artistic expression. Adding up all the criminal sentences imposed on 48 artists, they were sentenced to more than 188 collective years in prison.

Particularly, women artists were attacked, arbitrarily restricted and had their artistic liberties violated. In many cases, artists belonging to minority groups were accused of charges related to terrorism, with the aim of imposing greater penalties.

Artists belonging to the LGBT community were persecuted and censored, thousands of works of art, music, theater, dance and literature were censored and destroyed. In conclusion, the organization shows that artistic freedom is not ubiquitous and the violation of cultural rights is constant and remains unpunished in many societies.

Through this exhaustive analysis, the report identifies 10 countries that have presented an alarming increase in cases related to arbitrary detentions, censures and other violations of freedom of artistic expression. These cases must be followed closely this year. These countries are: China, Cuba, India, Iran, Israel, Mexico, Poland, Spain, Venezuela and the United States. The report also furthers the analysis of seven countries that present a disturbing record of repression and censorship towards artists and creators, which has been perpetuated through abusive and arbitrary laws, policies and practices. These seven countries are: Bangladesh, Malaysia, Morocco, Nigeria, Pakistan, Russia and Turkey.

In the specific case of Cuba, the report questions the fact that artistic freedom on the island is subject to the aims of the Revolution and everything that is not framed within this premise is censored and repressed. The report continues to detail how, in 2017, 61% of violations of artistic freedom in Cuba materialized in arbitrary arrests, compared with 28 percent of violations of censorship. They emphasize that Cuban authorities, unlike other countries, subject artists to numerous threats and detentions for short periods of time, instead of long-term sentences.

It is important to note that there are not many reports of this magnitude that focus on the world of cultural rights. We consider it of vital importance to share the information FreeMuse offers, in order to raise awareness about the importance of the freedom of artistic expression in the world.

Diana Arévalo is the Project Coordinator of the Center for the Opening and Development of Latin America (CADAL).