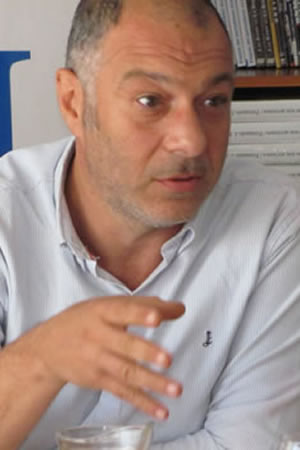 Report on the risk of imagining

The Danish NGO Freemuse has produced a comprehensive report calling it the “State of Artistic Freedom”: a detailed survey of different abuses of the right of expression enshrined in the Universal Charter of Human Rights. It highlights the state of emergency in which thousands of artists and intellectuals live and survive in different parts of the world. There is no ideology, no system, no political regime that does not have its eye on artists. 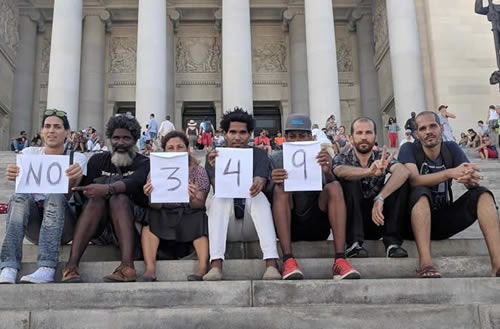 In Havana, Cuba, a group of artists know that their works are being observed by the State Security. In Russia a writer fears making a novel known for fear of the security services’ retaliation. In Germany, political pressures prevent a performance from taking place for fear that it may generate suspicion in some foreign delegation. In Venezuela, musicians and actors build their vision of the present in “the catacombs” whilst the police and military patrol the streets, enforcing their repressive crackdown. In Gaza, one who dares to break the rules of the established morality is prevented from circulating their work. And so, with diverse characteristics, in different languages, under different skies and in different horizons, the same happens. The common factor that binds these scenes of injustice is none other than the disruption artistic creation generates in the face of the omniscient gaze of power.

The Danish NGO Freemuse has produced a comprehensive report calling it the “State of Artistic Freedom”: a detailed survey of different abuses of the right of expression enshrined in the Universal Charter of Human Rights. It highlights the state of emergency in which thousands of artists and intellectuals live and survive in different parts of the world. There is no ideology, no system, no political regime that does not have its eye on artists. Careful reading reveals, furthermore, that the situation is much more dramatic in countries ruled by dictatorships or by autocratic regimes in which religion organises and dictates the daily life of its inhabitants.

More than 50 years ago, Ray Bradbury wrote Farenheit 451, a dystopian novel describing a world in which the possession of books and libraries posed such a threat to “public order” that they were turned into ashes by diligent flamethrowers. A few years earlier, George Orwell had narrated a society in which the omniscient eye of the Big Brother controlled everything, to the point that even thoughts could not escape the siege of a power that had converted all citizens into prey. Many of us imagined that these fictional stories which had indeed been inspired by the dark legacy of Nazism and Stalinism would have been overcome, over time, by the human species. Sadly, however, the evidence tells a different story. While Humanity has continued to advance in the scientific and technological fields and many societies have achieved great social progress, states have never ceased to observe and monitor the right to free expression of their citizens.

There was a time when many wanted to imagine that the Revolutions would forever abolish censorship and hostility towards the one who thought differently. However, the truth is that each of those dreams of freedom born in the heat of the twentieth century were translated, every single time, in sad hunts in which dissidents – many of them artists and intellectuals, became the targets for those in office. We all remember the desperate calls for help from Joseph Brodsky and Alexander Solyenitsin, Anna Ajmátova and Reynaldo Arenas. We also all remember in what way and without a revolution, the atrocious nightmare was suffered by the American writers and artists of almost all disciplines, who, in the 50s of the last century had to bite the dust, haunted by the attentive and inquisitive gaze of Senator McCarthy. Or the tragic fate of hundreds of Latin American writers and intellectuals in the heyday of our military dictatorships.

Many times, we would like to believe that these scenes do not happen, but they do. They are not an illusion or a deception, because the truth is that while these notes are written that accompany the public presentation of the Freemuse Report, in Afghanistan and Brazil, in Nicaragua and Iraq, someone, an artist is demanding their freedom or their right to speak their mind, a musician is imprisoned, or a writer must go into exile, as though we have learnt nothing, or very little, from the lessons of history.

The Freemuse Report does not rate, it only describes. It is a detailed balance of the real, of what is out there yet so many times we do not see or know. It is the denunciation of a state of affairs that should touch us all and outrage us, the way hunger, war and abuses of power of any kind outrage us and move us.

These lines are written in a contemporary fashion to the emergence of a global crisis generated by the pandemic. These are days when reports continue to circulate about the arbitrary way in which sates, under the umbrella of ideologies from China to Israel, from the United Stated to Iran, are preparing to adjust and further tighten their perverse systems of control over our lives. What until yesterday was a veiled job carried out by secret police and security agencies now has become “legal” and “natural” in almost all of our societies. If what this report recounted was, until just a few months ago, the situation suffered by a “handful” of thousands of citizens in the world, nothing augurs that in the immediate times, and with the legal use and abuse of ideological observation strategies, this situation worsens and deepens. The healthcare will be and is already painted as the perfect excuse that justifies the control of our precarious lives.

We live in anxious times, so often with our eyes closed to the multiplicity of injustices that are committed around us. The Freemuse Report is an attempt that invites us to break that stillness, and to act, where possible.

How? Knowing and making known, disclosing the existence of this appalling calamity that is the violation of the right to freedom of expression.

Freemuse has taken a valuable first step. Now the walk is ours, if we truly want to contribute to the end to these injustices prevailing in the world we live in.