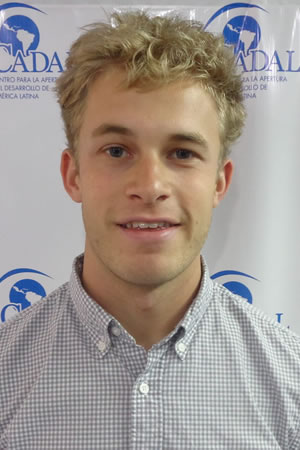 Democracy Day in the Time of the Pandemic

Recognized every September 15, International Day of Democracy is promoted by the United Nations to raise global awareness of democratic principles. The COVID-19 pandemic has underscored both the fragility and importance of democratic institutions in addressing the economic, political, and public health crises facing much of the world. 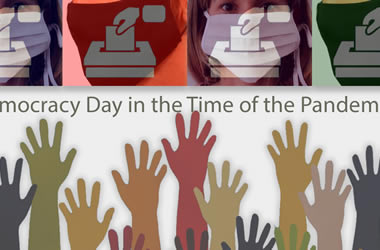 This September 16, the International Institute for Democracy and Electoral Assistance (IDEA), along with Italy and Sweden’s representatives to the UN, hosted the virtual event “Democracy Day in the Time of the Pandemic.” Panelists affirmed that the pandemic response demands a strong multilateral commitment to democracy, rule of law, and human rights.

Annika Ben David, Sweden’s Ambassador for Human Rights, Democracy and the Rule of Law, gave the keynote address. Democracy, rule of law, and human rights “are intertwined and mutually reinforcing,” she said. Amid the COVID-19 pandemic, some of these critical linkages are fraying.

At its core, democracy relies on free and fair elections. According to IDEA, at least 71 countries and territories have postponed national and subnational elections through September due to COVID-19. In Latin America, this includes presidential elections in Bolivia, municipal elections in Paraguay, and a constitutional referendum in Chile.

“The pandemic has and will continue to be a stress test for democratic elections,” said Kevin Casas-Zamora, Secretary-General of IDEA. While necessary to control contagion, public health measures that restrict gathering and movement can complicate large, coordinated events like elections, especially in countries without proper public health infrastructure. Despite these challenges, Casas-Zamora emphasized successful examples of election management during the pandemic, including special voting arrangements that resulted in high turnout and renewed trust in government.

Upholding human rights depends on sustained free and fair elections, as Article 21 of the UN Universal Declaration of Human Rights makes clear. In Latin America, the pandemic poses other challenges to human rights as well, as illiberal governments abuse emergency measures meant to stem the spread of COVID-19. Many of the five million Venezuelans who fled the country now find themselves exposed and without access to social safety nets. As neighboring countries struggle to provide sufficient healthcare and welfare to their own citizens, Venezuelan migrants are left vulnerable. As a result, some 100,000 migrants have returned to Venezuela since the pandemic’s start. Nicolás Maduro has threatened their right of return—as codified in the Universal Declaration of Human Rights—with policy that labels returning migrants as biological agents under the Organic Law against Organized Crime and Financing of Terrorism. In recent months, human rights groups also raised concern about Cuba’s severe restrictions of liberty of movement and association for Cuban medical workers abroad.

Casas-Zamora emphasized the increasingly wide scope of challenges posed to democracy. “Democracy was facing severe headwinds even before the COVID-19 pandemic arrived. The challenges are even starker now,” he said, citing Hungary, Serbia, and the Philippines, among others, as countries with strained democratic institutions prior to the pandemic. He referenced Belarus and Hong Kong as recent examples of democratic backsliding.

Government transparency is critical for citizens to remain informed of the changing public health situation. During a pandemic, distrust of media and state institutions can prove deadly. “This is a time for more transparency and more journalism, not less,” said Michelle Bachelet, the UN High Commissioner for Human Rights, in a video statement.

Across the Americas, attacks on the press have continued in recent years. For years, authoritarian regimes in Nicaragua, Venezuela, and Cuba have dismantled the free press. Yet leadership in the hemisphere’s two largest democracies proves dangerous as well: Since their election, presidents Donald Trump and Jair Bolsonaro have attacked independent media and sown a sense of distrust in government institutions. More recently, the government of Nayib Bukele of El Salvador leveled a series of attacks against independent news organizations. In Bolivia, the interim government issued a decree to penalize the dissemination of information that could generate “uncertainty” about public health. Outcry by international freedom of press and human rights organizations caused the government to backtrack and revise the language in May.

Casas-Zamora concluded, “Democracy is neither created nor maintained by itself. There is nothing inevitable about democracy.” Ambassador Annika Ben David echoed the same. Not unlike the COVID-19 virus itself, the deterioration of democratic principles can be largely invisible. In the multifocal crisis of COVID-19, the role of international institutions in monitoring this backsliding is critical. IDEA’s Global Monitor on COVID-19’s Impact on Democracy and Human Rights is accessible here.