The work of the first chairman of CADAL and current member of the Academic Council, presents an in-depth analysis of democracy and authoritarianism of all subnational units of a federalism. Though the book is focused on Argentina, it also contains a comparative chapter considering seven federal countries such as Germany, Mexico and the United States of America. 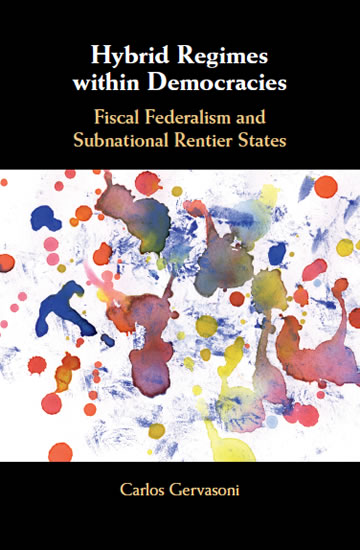 According to the review of the book presents an “in-depth and multidimensional description of subnational regimes in all Argentine provinces is complemented with an innovative explanation for the large differences between those that are democratic and those that are 'hybrid' - complex combinations of democratic and authoritarian elements”.

Carlos Gervasoni is Associate Professor of Political Science and International Studies at the Universidad Torcuato Di Tella, Buenos Aires, Argentina. His articles have appeared in journals such as Comparative Political Studies, Democratization, Party Politics, Política y Gobierno, and World Politics. He is a Regional Manager for the Varieties of Democracy project, and a member of the 2015 Argentine Panel Election Study research team. His research on subnational regimes has been supported by a National Science Foundation award.