Participation in the Forum 2000 in Prague

Gabriel Salvia, General Director of CADAL, participated from October 13 to 15 in the 23rd edition of the Forum 2000, which took place in the capital of the Czech Republic. During this event, CADAL organized the award of the Prize to Committed Diplomacy in Cuba 2016-2018 as well as a panel on the 60th anniversary of the Cuban Revolution. In addition, Salvia also participated in the meeting of Democratic Solidarity in Latin America and in the reunion of its Executive Committee. 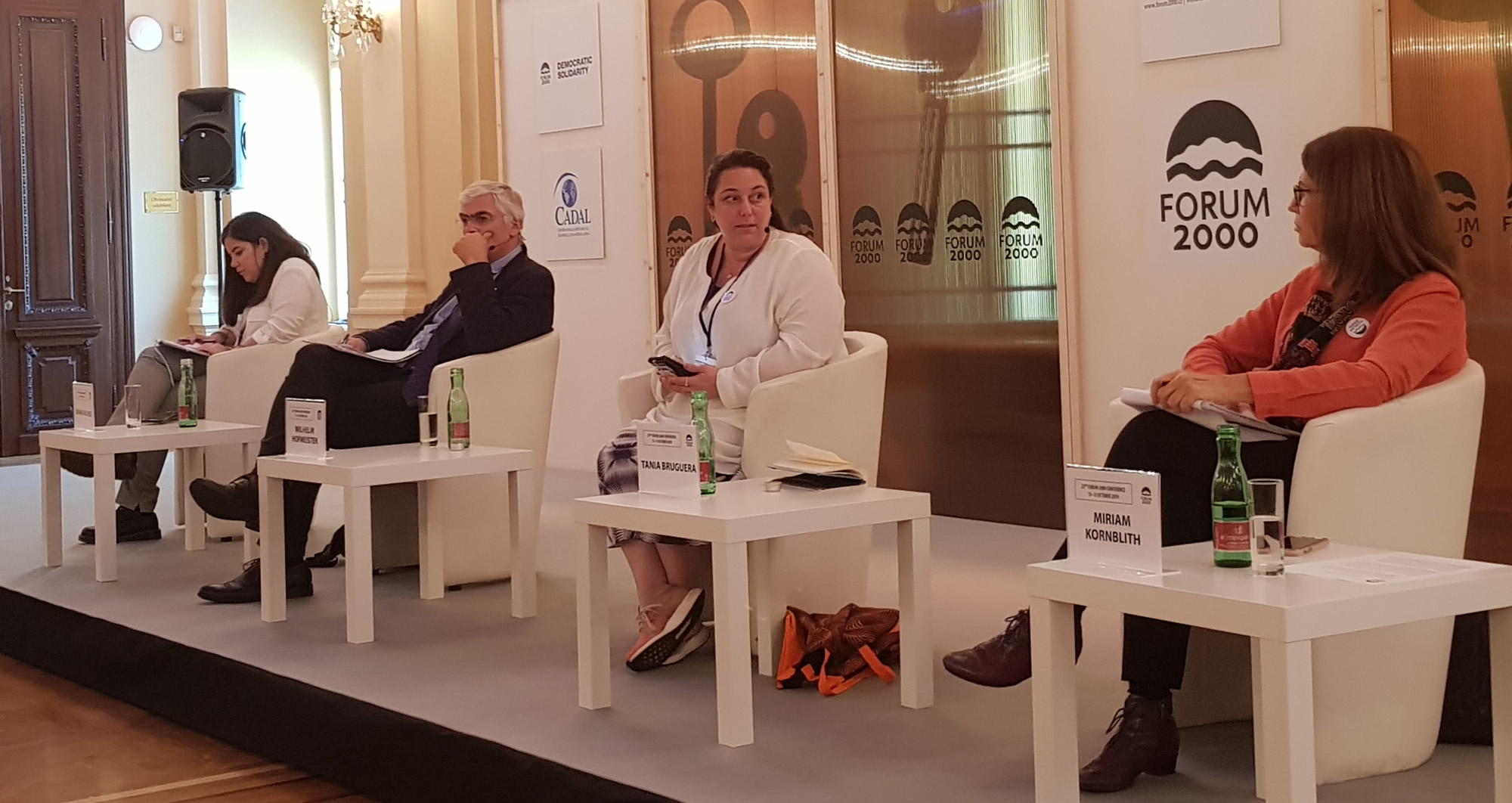 Along with the Democratic Solidarity project of Forum 2000, CADAL organized the panel "60 years of communism in Cuba" on Monday, October 14. The panel’s speakers were Dánae Vílchez, journalist (Nicaragua); Wilhelm Hofmeister, director of the Konrad Adenauer Foundation for Spain and Portugal (Germany); and Tania Bruguera, artist and activist (Cuba). The panel was moderated by Miriam Kornblith, director for Latin America of the National Endowment for Democracy (Venezuela). 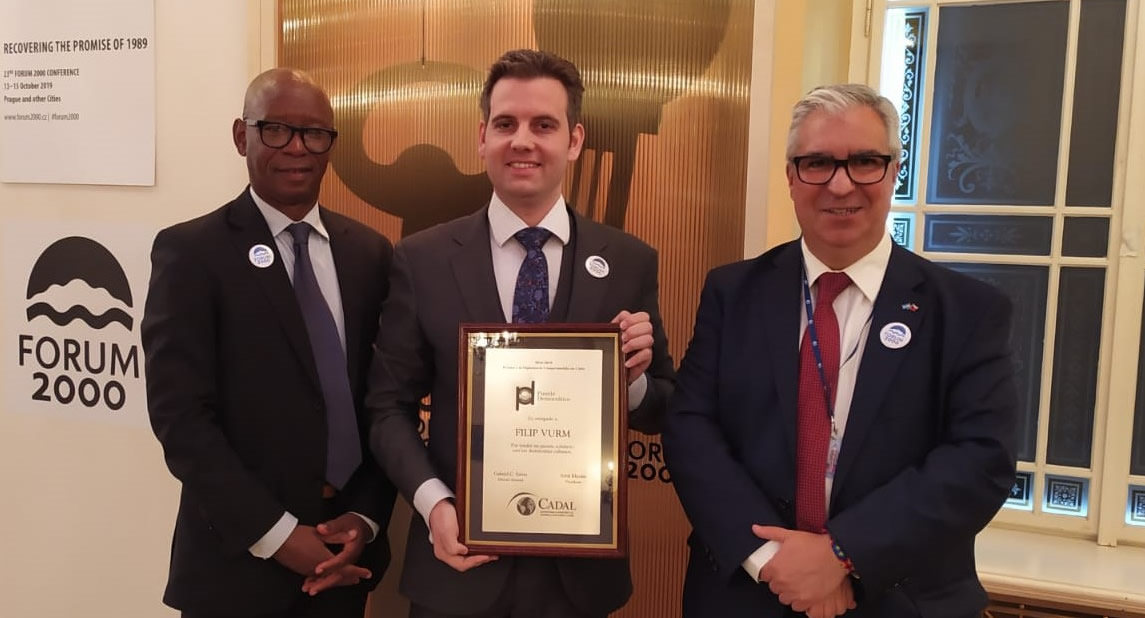 Afterwards, Gabriel Salvia and Manuel Cuesta Morúa awarded the Czech Filip Vurm with the Prize for Committed Diplomacy in Cuba 2016-2018. 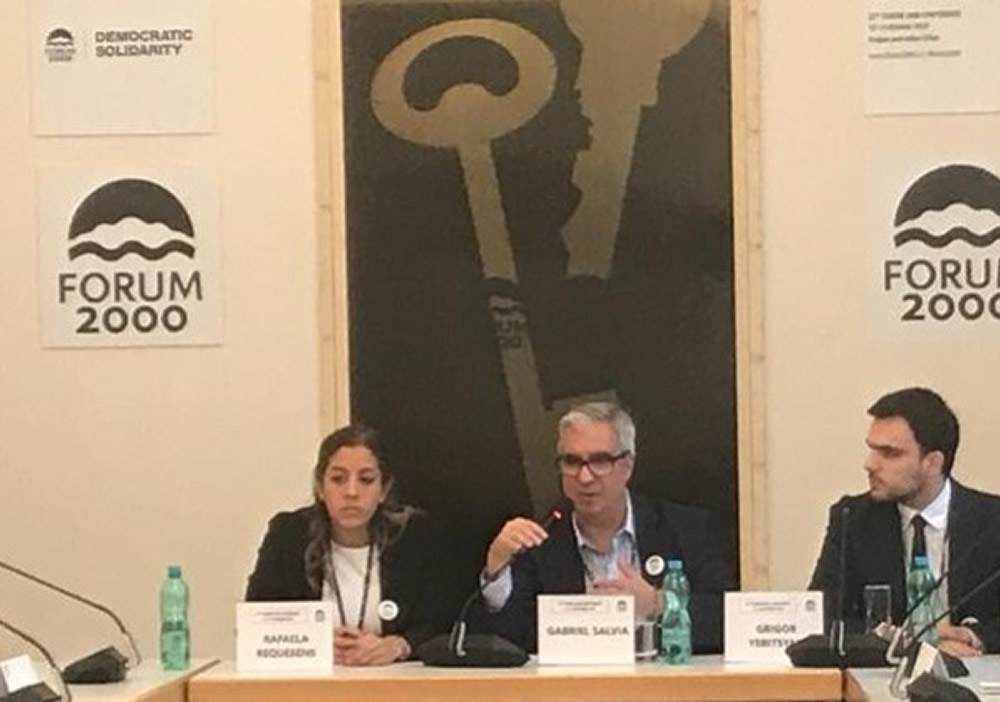 On Tuesday 14, Gabriel Salvia moderated a panel on "Student Power" with the participation of Rafaela Requesens, director of the Fundación Juntos Por la Vida (Venezuela); and Grigor Yeritsyan, President of the Progressive Youth of Armenia.