«Circles of Trust» as a Refugee Policy in Argentina

The Universidad del CEMA’s Political Science and International Relations Department, in conjunction with its Economics Department and CADAL, organized a seminar analyzing immigration as an information problem. The speakers presented an evaluation of the «Circles of Trust» as a viable tool in Argentina’s refugee policy. The seminar was held at the Universidad del CEMA and the speakers included Sybil D. Rhodes, Daniela González Greco, and Eric Cuevas.

In today’s political climate, pragmatic ideas are essential for ensuring that the aid given to refugees, asylum-seekers, and other displaced peoples is secure and politically viable. Some scholars have pulled from the public goods theory in their efforts to improve refugee and immigrant policies. Among the most interesting applications of the public goods theory is that of Ginsburg and Simser (2017), in which the authors suggest a better method for selecting candidates that reduces the “information asymmetries” between states and potential immigrants. More concretely, they propose that immigrants be admitted in “circles of trust,” which is to say that they would arrive in groups of five or six people and be held collectively responsible for the behavior of every individual in the group. This would allow immigrants to appeal to their “social capital” in order to offer the state and society peace of mind. Their presentation analyzed the viability of “circles of trust” in the Argentine context, with emphasis on the Plan Siria program and Venezuelan immigrants, who have been entering Argentina due to the crisis in their country. 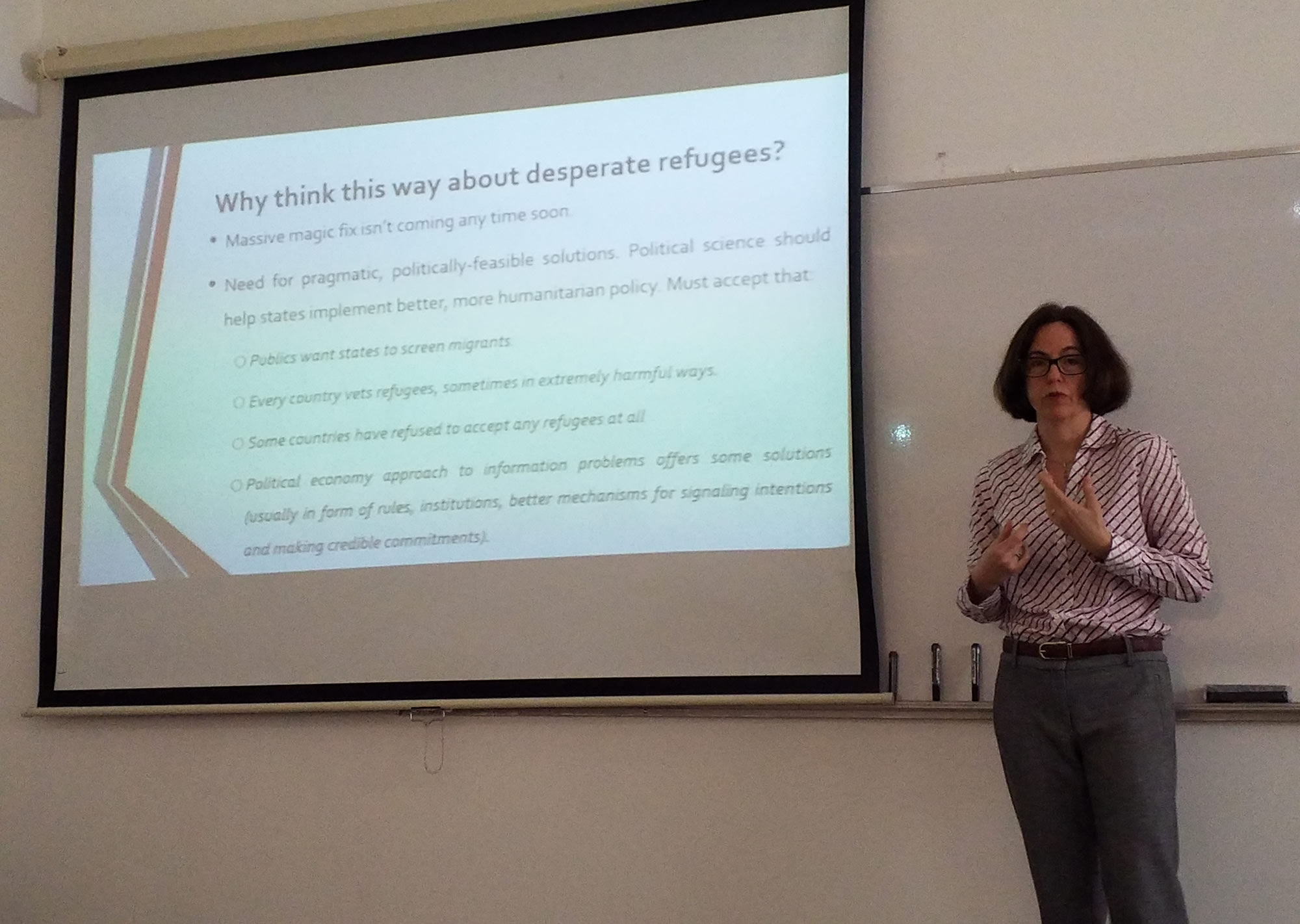 Sybil D. Rhodes, Vice-President of CADAL and Director of the Political Science and International Relations Department at UCEMA. 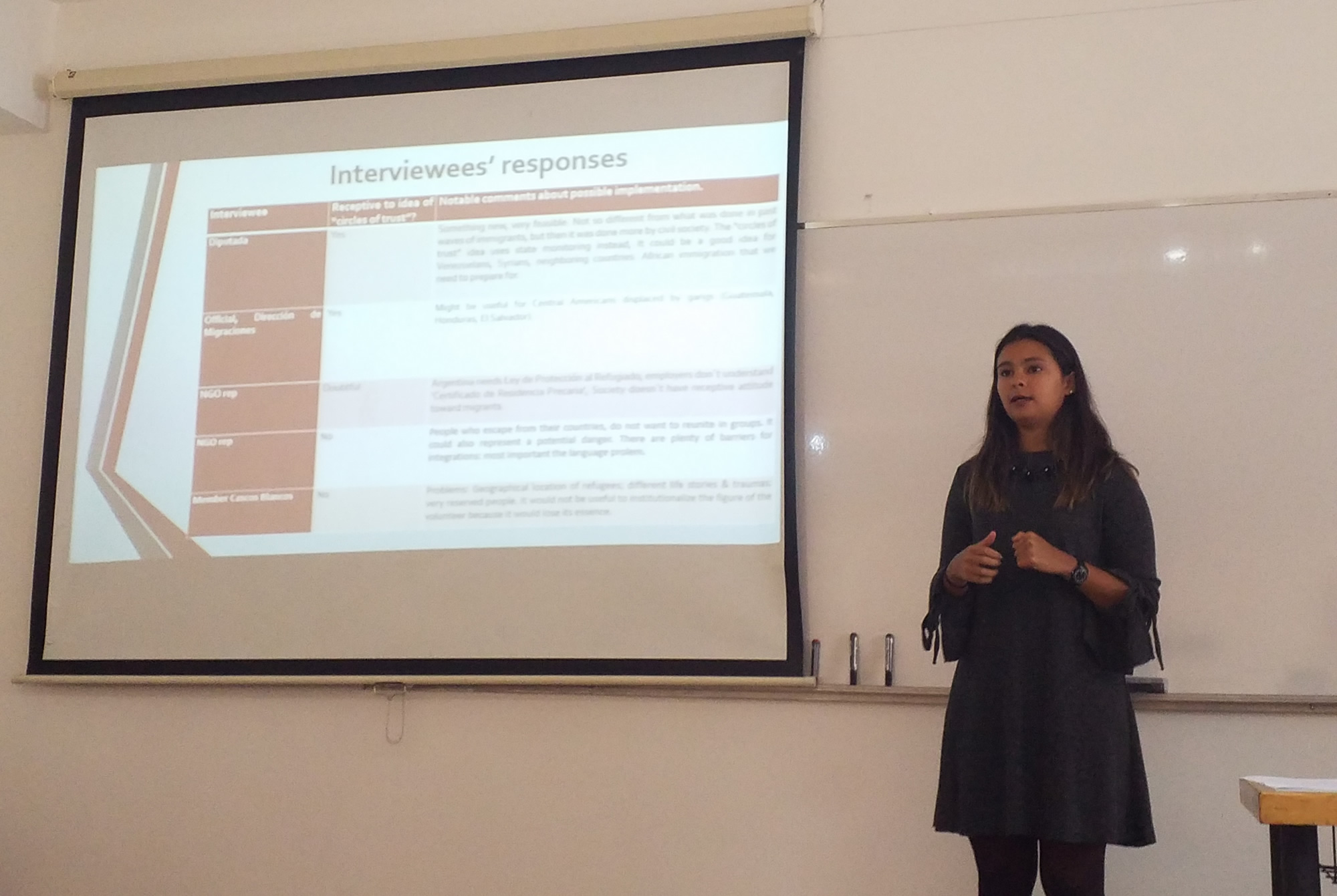 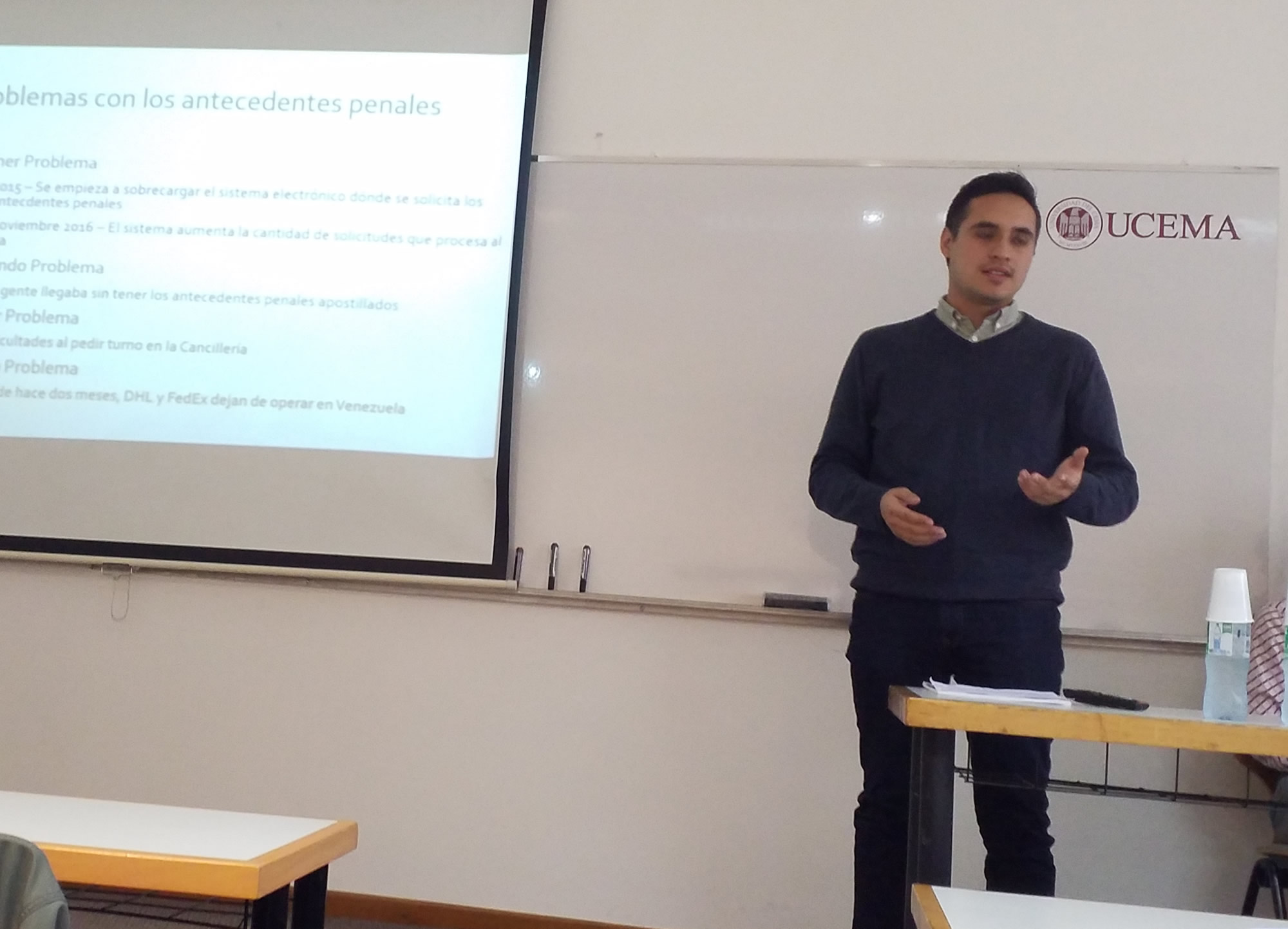