On occasion of the next VII Latin American and the Caribbean – European Union Summit that will take place in the city of Santiago de Chile on January 26 and 27, 2013 where 60 heads of state will be gathered, the Program Puente Democratico of the Center for the Opening and Development of Latin America (CADAL) offered a space where to identify the different approaches and levels of priority given to the agenda of international promotion and defense of human rights in foreign policy and civil society. 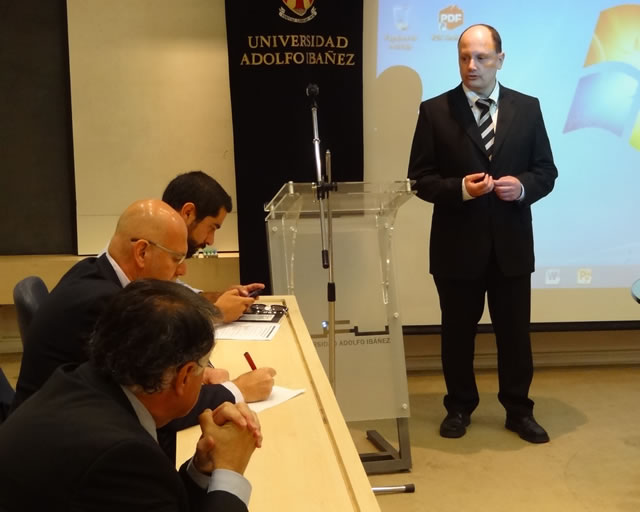 The opening of the event was in charge of Gonzalo Bustamante Kuschel, professor at the School of Government of Universidad Adolfo Ibáñez. 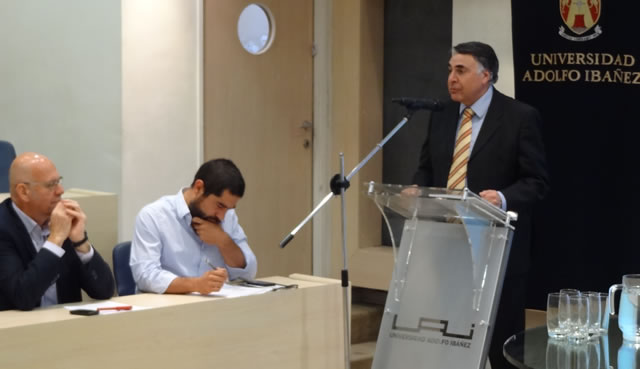 The second panel focused on “The promotion of international democratic solidarity from civil society” with the participation of Gabriel C. Salvia (Argentina), Chairman of CADAL and Director of Puente Democrático; Alejandro Oropeza (Venezuela), Professor at Universidad Simón Bolívar and General Director of Observatorio Hannah Arendt; and Elisabeth Bushby (Sweden), Officer of Relations with Latin America at Christian Democratic International Center. This panel was moderated by Camden Luxford (Australia), Research assistant of CADAL.

The last panel, moderated by Mijail Bonito, was integrated by Patricio Walker (Chile), Christian Democrat Senator of Chile; Cornelia Schmidt Liermann (Argentina), National Congresswoman (PRO); and Juan Manuel Edwards (Chile) National Congressman (Renovación Nacional) who referred to the matter of “the promotion of international democratic solidarity from politics”. The speakers announced the launch of the Latin American Parliamentary Group of Friendship with the Cuban Democratic Movement with the aim of claiming for the political opening in Cuba, supporting the right of its people to participate in free and democratic elections for form a government according to Article 21 of “Universal Declaration of Human Rights”.