A Summary of Macri's First Year in Government

CADAL organised the last Foro Catalinas of 2016 where Carlos Fara, Director of CADAL's Advisory Council, gave a summary of Mauricio Macri's first year of government. Amongst the participants were the ambassadors of Switzerland, Finland, Norway, Denmark and Sweden as well as diplomats from the European Union, Romania, Belgium, Brazil, Mexico and Honduras.

During his presentation, Fara spoke about a variety of issues including the social mandate Macri's government has and how he has fulfilled this assignment, the strengths and weaknesses of his tenure and the prospects of the government in the legislative elections in 2017. 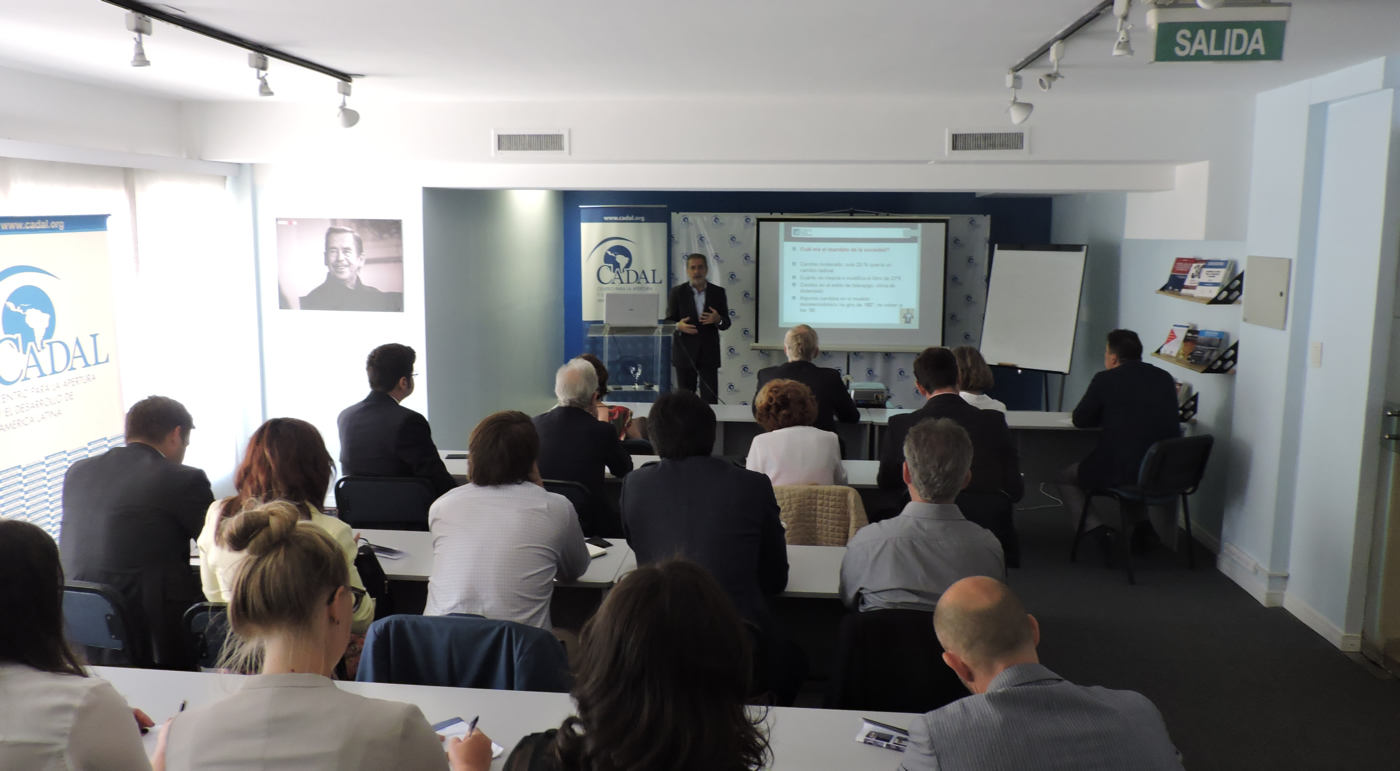 The Foro Catalinas is a recurring analytic event about the political tendencies in the public opinion of Argentina. It is directed at subscribers of CADAL, foreign diplomats and guests of honor. 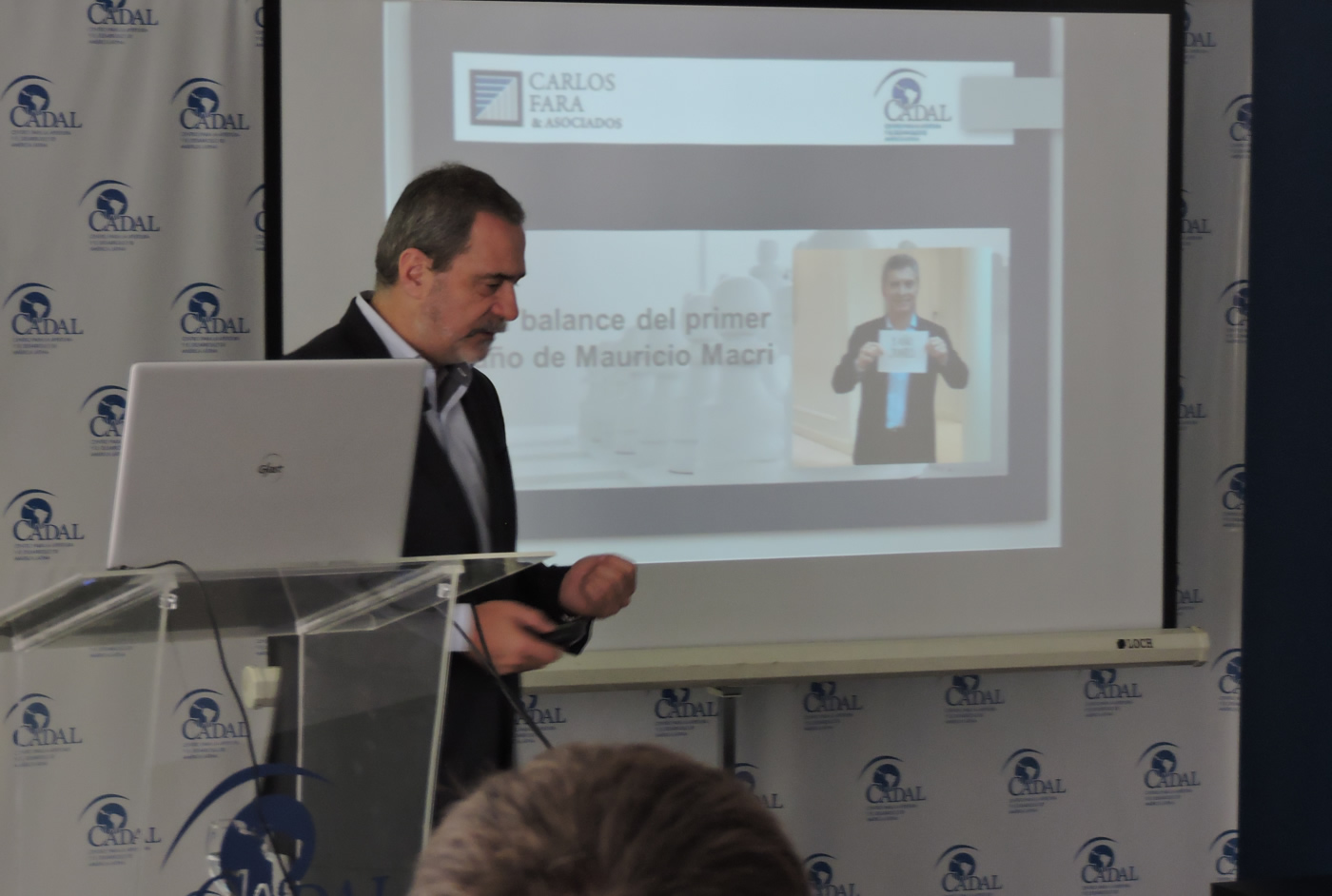 Carlos Fara is a Public Opinion, Election Campaigns, Communication Strategies and Governmental Marketing specialist. He has been awarded the 2010 Aristotle Excellence Award, in recognition to the work provided in elections in Santa Cruz de la Sierra, Bolivia, integrating the Dream Team of the Year which is composed by 10 best consultants in the world in terms of political campaigns. He also won the Gold EIKON Award for the best government communication campaign (2010) for the Mar del Plata (Argentina) case. He is the co-author of the Marketing and Political Communication Textbook "Actions for a Good Communication", edited by Konrad Adenauer Foundation in Argentina. He has been president of the Latin American Association of Political Consultants and is a partner of the International Association of Political Consultants and Director of CADAL's Advisory Council.