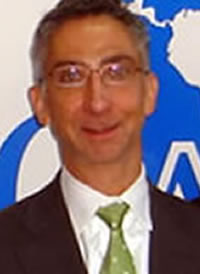 Our Hapless Man in Havana

For a month, Cuba has detained a USAID contractor for passing out laptops. It's time for the U.S. to send over a whole lot more.

For the last month, the Cuban government has detained an American contractor for the U.S. Agency for International Development (USAID), accusing him of secretly distributing laptops and other communications devices in Cuba and calling it espioniage. Unfortunately, the incident has occasioned the usual, tired debate about what the United States is doing in Cuba and why. What this incident really should spark is a close look at Cuba's retrograde political repression and the United States' policy paralysis when it comes to its island neighbor.

The very fact that Cuba arrested the USAID contractor for doing nothing more than handing out laptops says more about Cuban paranoia than U.S. policy. In what other country in the hemisphere would it be considered a crime for a foreigner to give out a cell phone, laptop, or any other modern tool of communication? Brazil? Argentina? Mexico? Venezuela? Of course not. In fact, Americans passing out free cell phones and computers in those countries are called, appropriately, humanitarians. Let's be clear: The Castro regime is isolating its citizens from not just news and information, but from modernity. It is one of a handful of governments on Earth still attempting such a comprehensive level of repression. Sadly, though journalists do report this simple fact, the surreal level of Cuban repression often takes a back seat to criticism of U.S. policy.

In these cases, U.S. articles often insinuate that Washington must be up to something sinister in Cuba when describing such events. Just last week, the hoary commentator on all things Cuba, Wayne Smith, lobbed a predictable partisan criticism. He argued that President Barack Obama's administration is continuing the policies of his predecessor, fomenting rebellion in the communist country while severely restricting trade with the island. (Never mind that the policy of providing assistance to independent civil society groups in Cuba started under Bill Clinton.)

But what's so sinister about a citizen receiving or having a laptop or a cell phone? Nothing -- unless the government is maintaining a chokehold on power by holding its citizens frozen in the past. Now, full disclosure here: I used to be the director for Latin America at the National Endowment for Democracy (NED), where I proudly helped distribute basic communications tools to independent-minded citizens and groups inside Cuba. We provided simple things like pencils, paper, and reading materials -- and we're not talking about anti-Castro screeds. We supported the distribution of documents about internationally recognized human and labor rights.

Sadly, rather than lauding the effort to bring change to Cuba, the media harangued NED with constant questions about why we were meddling in another country. It is a question, I hasten to add, that no journalist would have asked when NED provided the same goods to similar groups in Chile under the strong arm of Gen. Augusto Pinochet. But today's Cuba is repressive in a way all Americans should consider shocking. Take, for instance, the "Black Spring" of 2003, when the Havana government arrested 75 dissident leaders and sentenced them to prison terms averaging 18 years for doing nothing more than holding a meeting of like-minded citizens in their homes.

The truth is that the U.S. media too often forgets to ask whether possessing a laptop or a pamphlet merits a decades-long spell in a squalid prison cell. Nor does the media recognize that U.S. programs in Cuba aren't cloak-and-dagger. There is no dagger -- and to consider basic communications tools the legal equivalent of an anticommunist weapon is to take the deranged, power-obsessed, atavistic view of the Cuban government. As for the cloak: The Cuban regime's absurd abrogation of its citizens' rights to information makes it necessary.

Ultimately, though, last month's arrest of the USAID contractor demonstrates the ineffectiveness of Obama's much-heralded April announcement of opening up telecommunications with Cuba. In his speech, Obama called for a change in U.S. policy, allowing private companies to develop direct contacts with the Cuban people. It sounded nice, but unfortunately something got lost in the translation from presidential directive to governmental regulation to reality.

The final regulations that resulted and were released in September did little to advance any of Obama's lofty rhetoric. The sale or construction of telecommunications infrastructure to Cuba by U.S companies -- necessary to allow the famously antiquated island to have digital contact with the rest of the world -- is forbidden. Instead, what is allowed are donations, something Cuba already permits.

Simply put, Obama's plan is not enough to unleash the initiative and potential of private businesses to open up the island. Imagine a board meeting at a telecom company considering Cuba's potential. "Ladies and gentlemen, while we can't sell our equipment to the island, I propose donating cell-phone towers, handsets, routers, and other equipment," the executive might say, "because someday in the unforeseeable future we may be able to invest there -- and in the meantime, we'll give it away."

Even the much-vaunted promise of allowing the laying of a fiber optic cable to Cuba -- which would provide Cubans with access to high-speed Internet -- didn't foresee the infrastructure requirements necessary to make it work on the island. You can't plug a fiber optic cable in like a toaster. The Obama team's sole effective change has been to allow executives to travel to Cuba on telecommunications-related business.

None of this matters for the poor American contractor who spent Christmas in a Cuban jail, a political pawn in a sorry game. That what he did is a "crime" is the fault of the Cuban regime. But the fact that he was tasked with such a low-level activity, handing out communications devices, is the fault of the broader framework of U.S. regulations. I do not advocate a wholesale lifting of the U.S. embargo on Cuba. But, I do believe Washington should create the regulatory scenario in which the U.S. private sector can do its transformative best. Sadly, given the September regulations, we're not there yet.

Christopher Sabatini is senior director of policy at the Americas Society/Council of the Americas, editor in chief of Americas Quarterly, and an adjunct professor at Columbia University's School of International and Public Affairs.