The new governments in Argentina and Uruguay

With the participation of Carlos Fara and Rafael Porzecanski, experts in public opinion, CADAL organized at Awa Boutique Hotel, with the support of Konrad Adenauer Foundation, the 2020 edition of Foro Latinoamericano Punta del Este. The meeting was attended by Engr. Enrique Antía, Mayor of Maldonado. With this summer activity, CADAL starts its cycle of events of the year.

Since 2010 CADAL has been organizing the Foro Latinoamericano Punta del Este, a meeting of opinion and analysis. It is organized at the main resort of Uruguay to take advantage of the time of high affluence of Uruguayan and Argentine public in the region, and to address in depth issues of interest on both banks of the Río de la Plata, and how these will have an impact on the local Uruguayan scenario in the coming months. Since 2016, CADAL has been organizing this meeting with the support of Konrad Adenauer Foundation.

The opening of the event was in charge of Angel Arellano, Project Coordinator of Konrad Adenauer Foundation in Uruguay, and Gabriel Salvia, General Director of the Center for the Opening and Development of Latin America (CADAL).

In his presentation, Carlos Fara referred to the first two months of Fernández’ administration: decisions and challenges; what is Alberto's style; who is in charge, Alberto or Cristina; and what will the opposition strategy be? On his part, Rafael Porzecanski spoke about the perspectives for Uruguay in 2020; what did the election, the change of government and the new challenges leave behind. 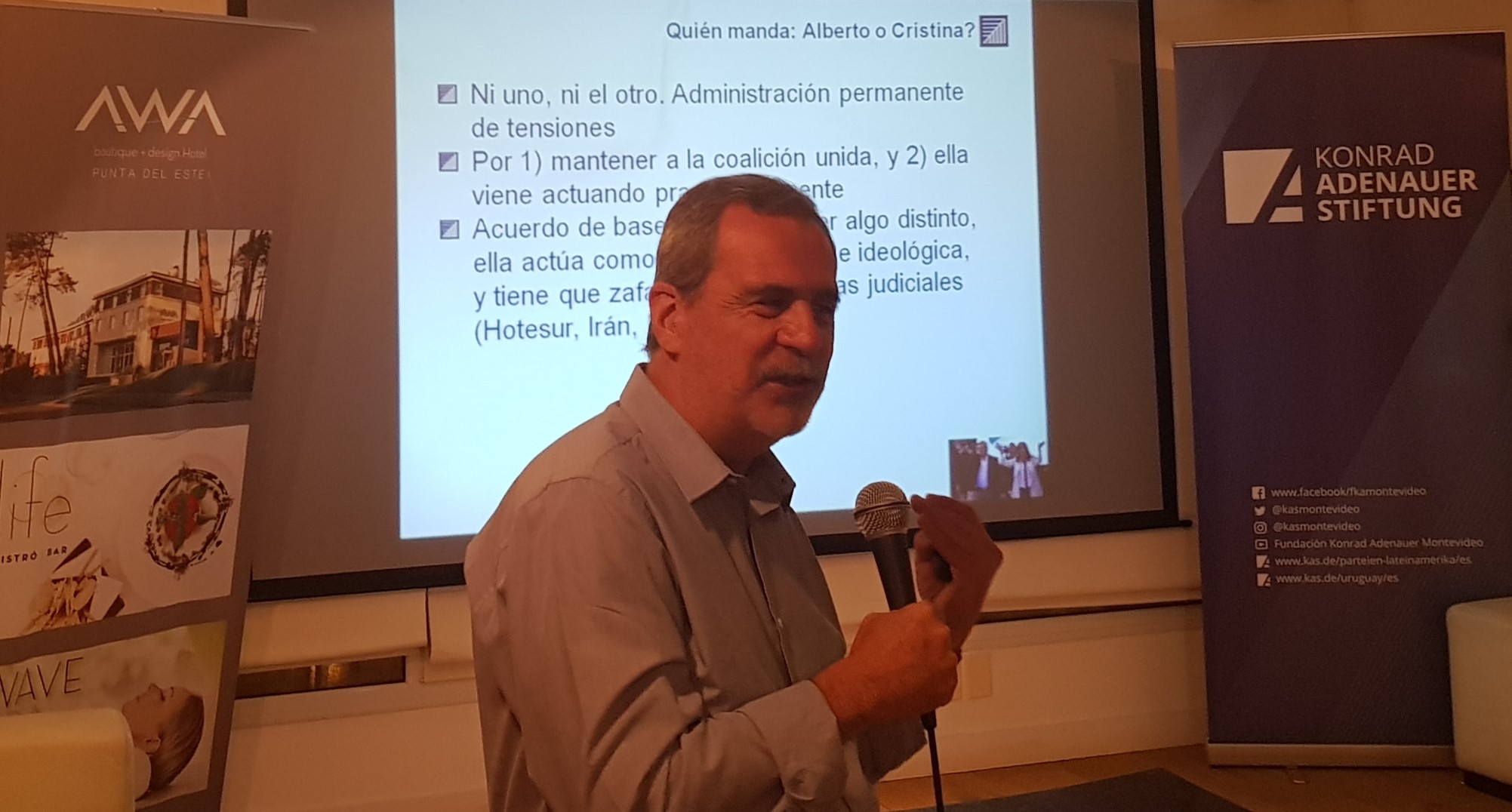 CARLOS FARA is a specialist in Public Opinion, Electoral Campaigns and Government Communication. He is Vice President of CADAL.

RAFAEL PORZECANSKI is a Sociologist. Director of Public Opinion and Social Studies of Opción Consultores.