Eight months later: What is the Government of Alberto Fernández?

CADAL organized a virtual version via Zoom platform of the first meeting of the year of Foro Latinoamericano Buenos Aires, a cycle of political analysis of the organization’s Transformation Monitoring project. In this opportunity, Carlos Fara analyzed the administration style of Argentine President Alberto Fernández, as well as his relationship with Cristina Kirchner and the public opinion, the management of the pandemic, the opposition dilemma, and the external front: Argentina and the world.

According to Carlos Fara, Alberto Fernández is nobody's President today: he arrived as a tightrope walker, but he is more of a fireman; he adopted Néstor Kirchner’s model, but he is no ‘Néstor’; and he has a mediocre management, with a red-hot external front, he lacks strength in his own team, he doesn't have strong political spokespersons and there is a lot of lack of coordination between areas. For the political consultant and Vice President of CADAL, Fernández has a commitment with Argentine Vice President Cristina Fernández de Kirchner regarding the judicial issue and he is not a character of ruptures: that is why there will be no ‘Albertism’ in Argentina. 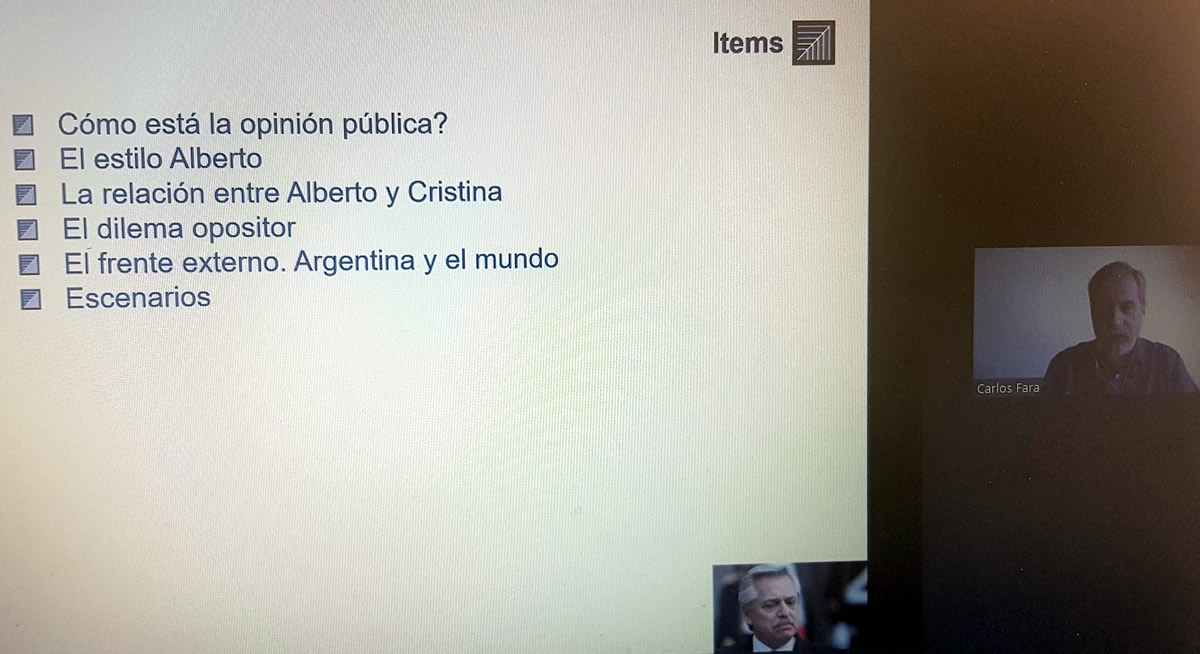 In the first part of his presentation Carlos Fara referred to the falling presidential approval of Alberto Fernández, the tensions with his Vice President and the strategy of the opposition. 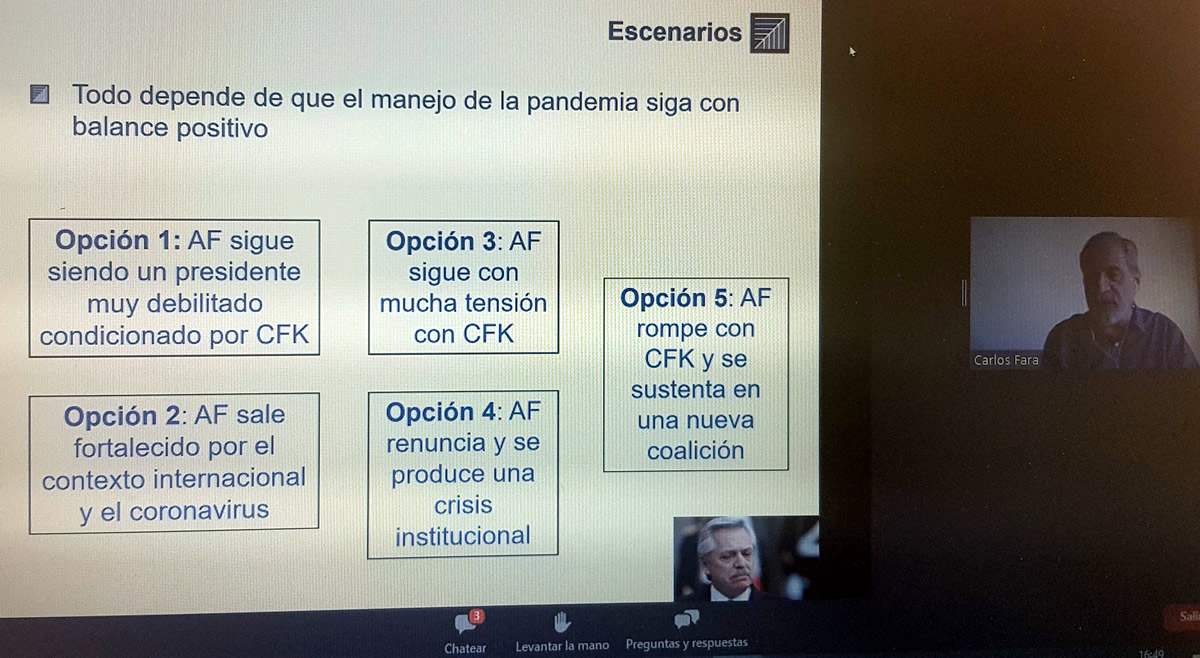 In Argentina's relationship with the world, he analyzed the negotiation strategy to avoid default, the oscillating foreign policy, the participation in the so-called Puebla Group and the balance with the United States and China. 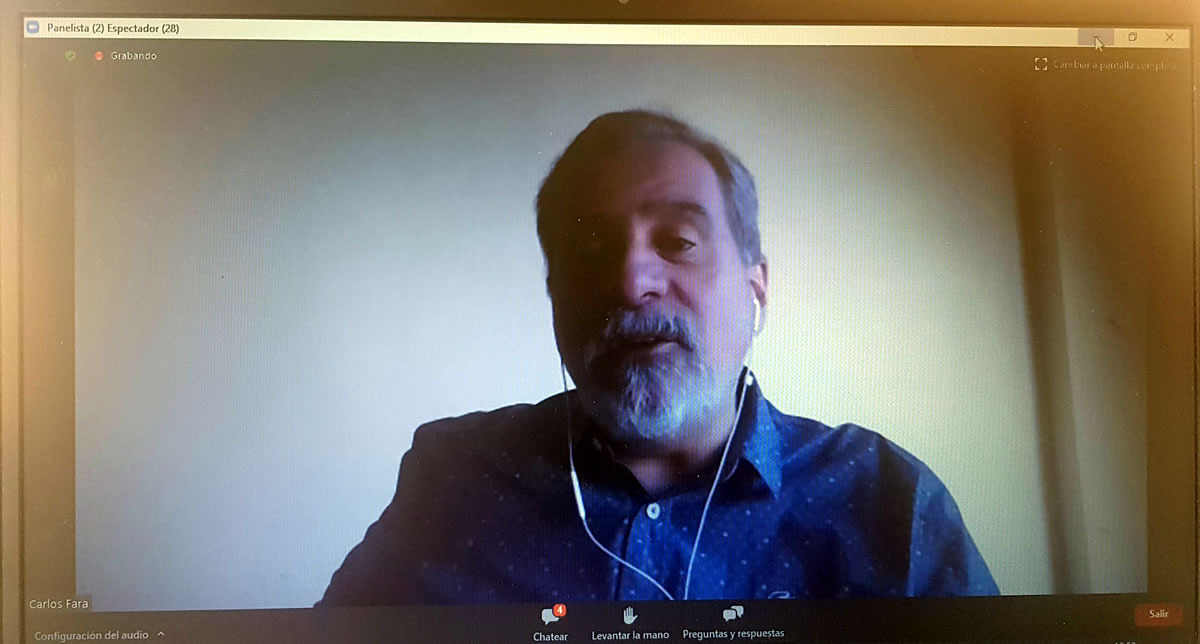 Carlos Fara has been President of Carlos Fara & Asociados since 1991 (Buenos Aires, Argentina), and has been dedicated to political consulting for 33 years. He specializes in Public Opinion, Electoral Campaigns and Government Communication. And has received several awards: among others, the 2010 Aristotle Award for Excellence, being part of that year’s ‘Dream Team’, which is composed of the ten best consultants worldwide. He has received the EIKON Award twice (2009 and 2012). Fara has participated in almost 160 electoral campaigns in Argentina and Latin America, with an effectiveness of 79%, and in more than 500 research, advisory and training projects. He is the former president of the Latin American Association of Political Consultants (ALaCoP), and was the first president of the Argentine Association of Political Consultants (AsACoP). He was a member of the board of the International Association of Political Consultants (IAPC), and is the author of the first book in Spanish entirely dedicated to the profession: "How to be a Political Consultant", which received the ALaCoP Award for Best Book 2018. Fara is also CADAL’s Vice President.