The new Uruguayan government and the regional defense of democracy

From the perspective of the commitment to human rights, the decision of the new Uruguayan authorities -that will assume office next March 1- to not include the region’s autocrats in the swearing in ceremony is consistent with their values. It speaks badly of an exemplary democracy to give “equal treatment and respect” to leaders in other countries that were not elected through free, fair and competitive elections. 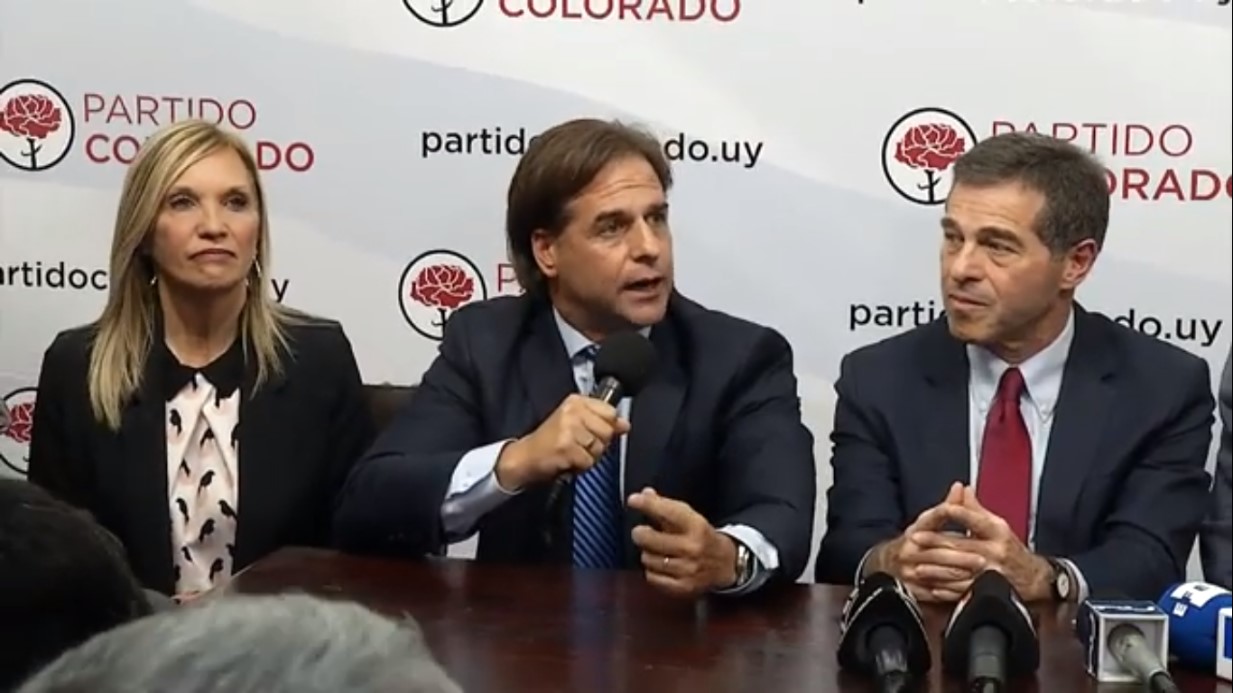 Uruguay’s President-elect, Luis Lacalle Pou, announced he will not invite the dictators of Cuba, Nicaragua and Venezuela to his inauguration next March 1. His appointed Foreign Minister, Ernesto Talvi, based this decision on Article I of the Inter-American Democractic Charter, stating that “Uruguay takes seriously its membership in an inter-American system that promotes the defense of democracy as a right of peoples and respect for human rights, and neither of these two things occur in these three countries.”

The position of the new government is very encouraging, especially in a region where there are many democratic clauses but little or no commitment to their defense. And it is very important that Uruguay assumes this position, because to defend and promote democracy in other countries you have to have moral authority to do so. And Uruguay has it, as a country recognized for its vigorous democracy.

And to strengthen its position, both Lacalle Pou and Talvi could rescue the Universal Declaration on Democracy, adopted by the Inter-Parliamentary Union in 1997. The declaration includes a chapter on “The International Dimension of Democracy,” and Article 27 states: A democracy should support democratic principles in international relations. In that respect, democracies must refrain from undemocratic conduct, express solidarity with democratic governments and non-State actors like non-governmental organizations which work for democracy and human rights, and extend solidarity to those who are victims of human rights violations at the hands of undemocratic regimes.

However, a criticism of Uruguay’s decision is that it excludes other autocracies, such as China. Talvi clarified that the country was prioritizing the region to which Uruguay belongs to, and that on topics outside of Latin America, they will express themselves before the United Nations (UN). But while Lacalle Pou and Talvi’s position is commendable, to be coherent, human rights must be safeguarded without double standards. But this is something that almost never occurs in practice since interests prevail over principles—with the Chinese dictatorship being the most emblematic case.

Another issue to consider is Talvi’s reference to The Economist’s Democracy Index, which ranks Cuba, Nicaragua and Venezuela as autocracies, and where Uruguay is among the few full democracies in the region. However, the new Uruguayan government will also have to consider the situation in other Latin American countries, such as Honduras and Guatemala, members of the Lima Group, ranked as autocracies in the 2020 edition of Bertelsmann Transformation Index, alongside Cuba, Nicaragua and Venezuela.  This index analyzes and evaluates the quality of democracy, a market economy and political management in 129 developing and transition countries.

For his part, the current Foreign Minister Rodolfo Nin Novoa, from the Broad Front (Frente Amplio) coalition that ruled Uruguay the last three periods, criticized the initiative of the elected government. But what should be criticized is the fact that the governments of Tabaré Vázquez and José Mujica (2005-2020) were complicit in the erosion of the rule of law in Venezuela, that the Broad Front named Nicaraguan President Daniel Ortega illustrious citizen of Montevideo,, and the close links between the Uruguayan left and the old Cuban Military dictatorship. The Broad Front’s support of Cuba is quite the contradiction considering the coalition, which brings together around twenty different political groups, sympathizes with a single party regime.

The truth is that a majority sector of the Broad Front, which includes the overvalued Pepe Mujica, demonstrates its lack of democratic convictions in the international stage. That is why there is no doubt that from the perspective of the commitment to human rights, the decision of the new Uruguayan authorities—that will assume office next March 1—to not include the region’s autocrats in the swearing in ceremony is consistent with their values.

It speaks badly of an exemplary democracy to give “equal treatment and respect” to leaders in other countries that were not elected through free, fair and competitive elections. Or is it okay to compare a democratic president with an autocrat? Don’t victims of political persecution and human rights violations deserve respect and solidarity? Those who suffered under a dictatorship should know better.

In any case, it would be desirable that the commitment to democracy and human rights shown by the multicolored Uruguayan government be imitated by the countries who’ve sworn respect of fundamental freedoms, so that this doesn’t remain an exceptional position at the regional and international level, but a common foreign policy of democracies.

Gabriel C. Salvia is the General Director of the Center for the Opening and Development of Latin America (CADAL).