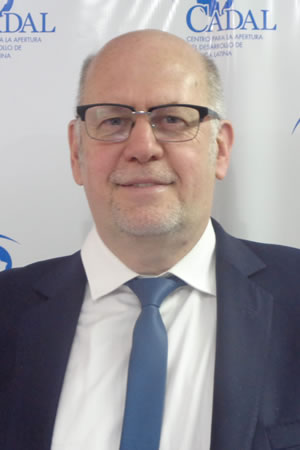 Raúl Ferro
Analista de economía y negocios especializado en América Latina. Fue corresponsal en Sudamérica de distintos medios económicos de EE.UU. y el Reino Unido, director editorial de la revista AméricaEconomía y director de estudios de BNamericas. Es Director del Consejo Consultivo de CADAL.
Publicaciones de Raúl Ferro
Articles | Artículos | Informes | Reseñas
28-06-2012 | Articles
A Regional To Do List
While the developed countries struggle with serious debt crises (as in the case of Europe), stagnation (like Japan), or listless recuperation (the United States), the Latin American economies are alive and kicking. Yes, the region's growth will slow in 2012, but it will still be significant and above the global average. The region is reliving the 2008-2009 crisis, when the greater part of countries in the region endured the considerable slowdown in the world's economy in a more than satisfactory manner.
03-11-2010 | Articles
The Day Mr. K died
International customs, Buenos Aires airport, Argentina, noon, october 27. I turn on my cell phone and the message "Kirchner dead" appears. It takes me a while to fully grasp it, and when I do, I look around and begin to feel a mixture of tense calm and bewilderment among the customs officials. A lot of things run through my head during these minutes. It had been a long time since I had felt this particular sense of contained crisis that I have experienced so many times in this country.
18-06-2009 | Articles
The futile obsession of total control
It is paradoxical that Argentina, being a country with an economic history in which these events have been repeated ad nauseam and with awful results, still insists in this model. It would be very useful for the government to look at some of its neighbors, where progressive and center-left leaders have demonstrated to have learned from history and today navigate with relative comprehensiveness the stormy waters of the global economic crisis.
14-10-2008 | Articles
The crisis contains a political risk for Latin America
It finally happened. The moment has come to start shivering. The economic debacle that departing from Wall Street affected the whole world has become so intensive that the question is no longer if it will impact on Latin American economies, but rather in which way that will happen.
19-03-2008 | Articles
New World
In the midst of the storm, emerging countries –and Latin America in particular- are facing a novel challenge: the strong appreciation of their currencies against the dollar. Indeed. Unlike past crises, when a sneeze coming from Wall Street sparked capital flight and devaluation, nowadays the region’s governments see their currencies gain value against the greenback, to the chagrin of its export businesses.
﻿